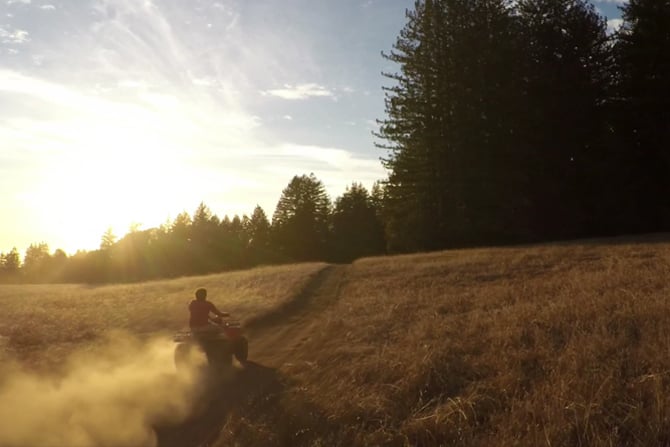 Exactly five months after GoPro announced it is developing a quadcopter the company shared the first teaser video.

There’s a lot we don’t know when it comes to GoPro’s drone, like exactly when it will be released, how much it will cost or what features it will have. What we do know now though, thanks to the video below, is that stabilization in post production might soon be a thing of the past.

Although this footage is from a prototype drone, aerial footage doesn’t get much smoother than this.

“The following video was captured using a developmental prototype of GoPro’s quadcopter and stabilization system. This footage has not been stabilized in post-production”.

This message, which appears at the beginning of the sneak peek video, might sound like GoPro is making excuse for what you’re about to see before you’ve even seen it. Kind of like the people who post crappy photos online and write in advance that it was taken with their smartphone.

Two seconds into the video, however, you’ll quickly realize that GoPro is showing off the fact that even though development is not complete, its drone is still capable of shooting super smooth footage.

Granted the video was shot in what seem to be ideal conditions and without a hint of wind, but you’ve still got to admit that the footage is remarkably stabilized SOOC.

Other aspects of the video are nothing to write home about, in fact I was unpleasantly surprised by some of the shots included, but obviously this is all about promoting the drone’s built-in stabilization system – and it does that very nicely!

As The Verge mentions, there’s no evidence of 4K capability yet since the maximum resolution of the video is 1440p, but that’s no surprise.

I fully expect a new camera (HERO5? Maybe a dedicated model?) to be released with or just prior to the release of GoPro’s drone, but at this time the company seemed to have been interested in showing off the stabilization system and nothing else. I guess we will have to wait for the next video for more details.

The drone is expected to be released sometime in the first half of 2016, so prepare for more of these teasers in coming months.

[GoPro via The Verge]

Stabilize Your GoPro Footage By Pressing It To Your Face