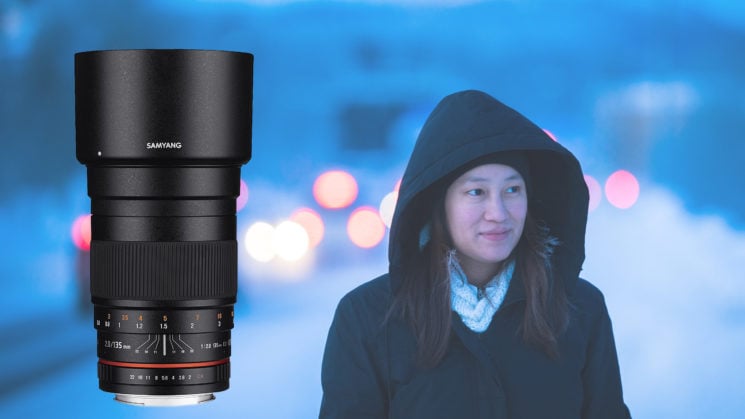 Image quality, weight and value for money. We have come to accept that most lenses are strong in only one or two of these three factors, that I personally focus on when researching lenses to buy. Sometimes though, we stumble upon a great lens design which is strong in all three. One of the prime examples of such a design is the “nifty fifty” – the 50mm f1.8 lens construction that many lens manufacturers provide. Another example is the 100mm (or sometimes 90mm) f2.8 macro lens. If you buy a nifty fifty or a 100mm macro lens you simply cannot go wrong – you will get a great and handy lens for your money, with great image quality.

Today I want to talk about another such lens design: The 135mm f2 lens. I use the word design, because although the available 135mm f2 lenses aren’t the exact same optical formula, they share many important traits. Perhaps you have seen the photos of masterful Russian portrait photographers such as Elena Shumilova or Anka Zhuravleva. They create a beautiful, mesmerizing dreamscape in their photos, and their secret weapon, besides an impeccable sense for aesthetics, is the 135mm f2 lens.

The moment I tried the Samyang 135mm f2 for the first time after purchasing it, I immediately felt that it was a very special lens. I took a few shots with the lens on my way home after buying it. I was blown away when I loaded the photos into my computer. I had of course heard that this lens is supposed to be very sharp, but I had never before had such a full blown “wow” experience when reviewing the sharpness of a lens. The flawless image quality is only half the story though. Another thing that makes people go “wow” over the 135mm f2 lens design is the bokeh, which can be so creamy that distant backgrounds almost render as gradients. The 135mm f2 lens design is truly special, and in this article (and the video I made), I want to try to convince you as well. 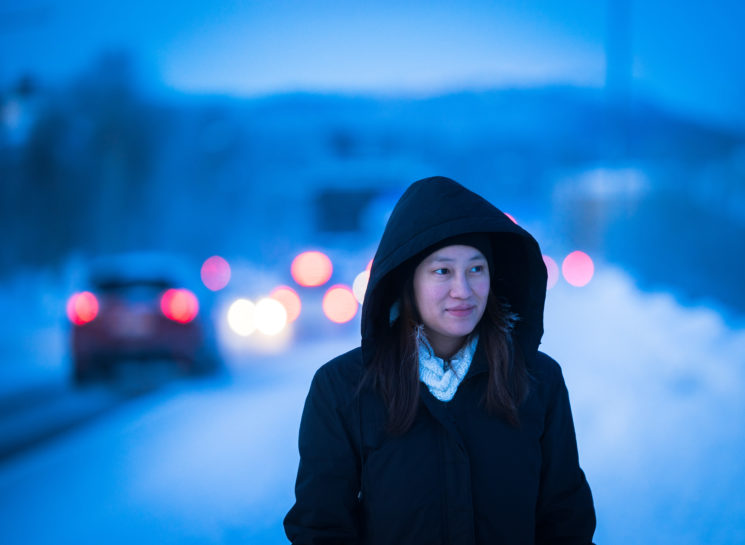 There are only a handful of foolproof strategies for making a great photograph. One of them is simplicity: A clear, simple subject that constitutes a shape, standing out and contrasting against a calm and simple background. When you shoot a 135 mm f2 lens at f2, your subject will stand out in this beautiful way, often without much work needed from you as the photographer. Just place your subject against a distant background, and half of the job is done. Even if the background is very close to your subject, somehow the optical construction in the 135mm lens will still manage to separate the background beautifully.

The Creamiest bokeh ever 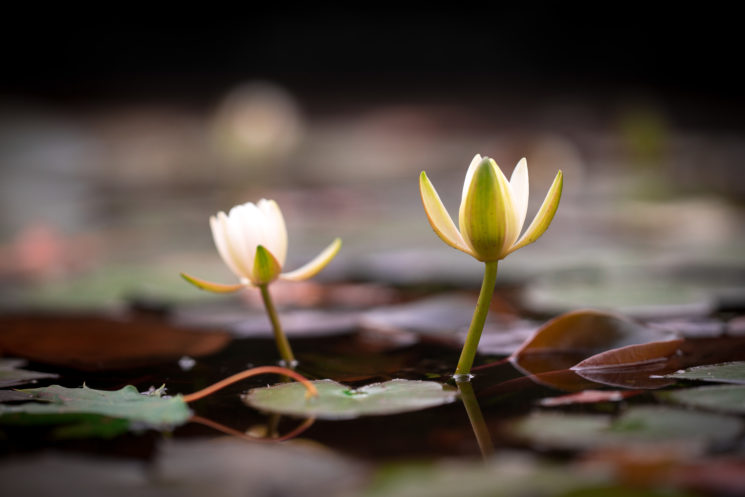 To achieve creamy bokeh, a lens should have a wide maximum aperture and a long focal length. One very popular lens for bokeh fiends is the Canon 85mm f1.2 – it can produce extremely creamy out of focus backgrounds. But I would argue that a 135mm f2 lens produces even greater bokeh, thanks to the long focal length that compresses the background far more than the 85mm lens. I would argue that you would be hard pressed to find any other lens on a full frame camera, which gives you creamier bokeh. There are of course outliers, such as the legendary unicorn lens Canon EF 200mm f2. But that one isn’t a great alternative unless you are cool with spending $5700 to be carrying around something about as wieldy as a fire hydrant. 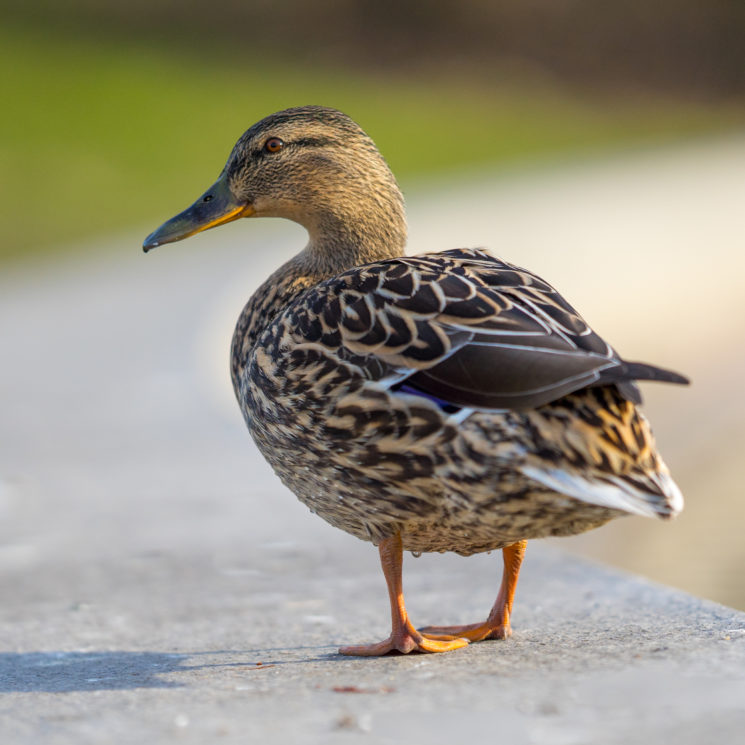 When I was on my way home after purchasing my first 135mm lens, the Samyang/Rokinon one, I took a few quick snapshots just to try out the lens. The first shot I ever took with this lens was of my neighbours cat, as it was sneaking around in a bush. When I got home and loaded the photo into Lightroom I was blown away by two things. First of all the background separation and the bokeh – I had photographed lots of animals in bushes before, but never before had I seen the bush melt away in the way it did with the 135mm lens. 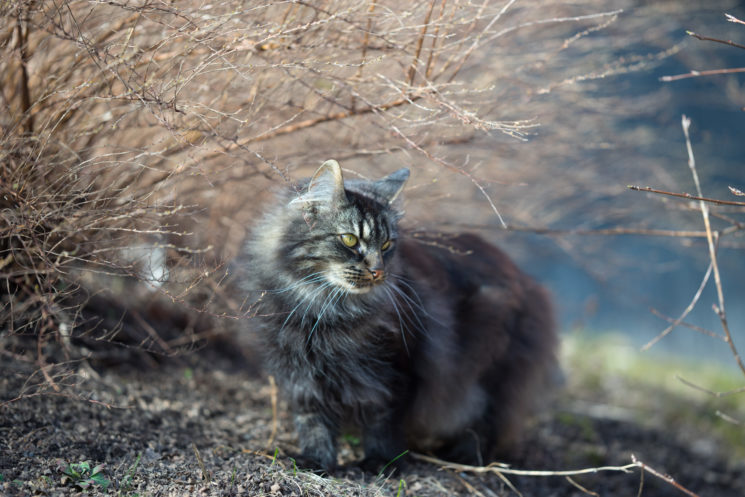 Second of all, the incredible sharpness of the photo. I have owned many lenses, most of which I bought because they were supposed to have world class sharpness, but the Samyang 135mm still stands out to me. 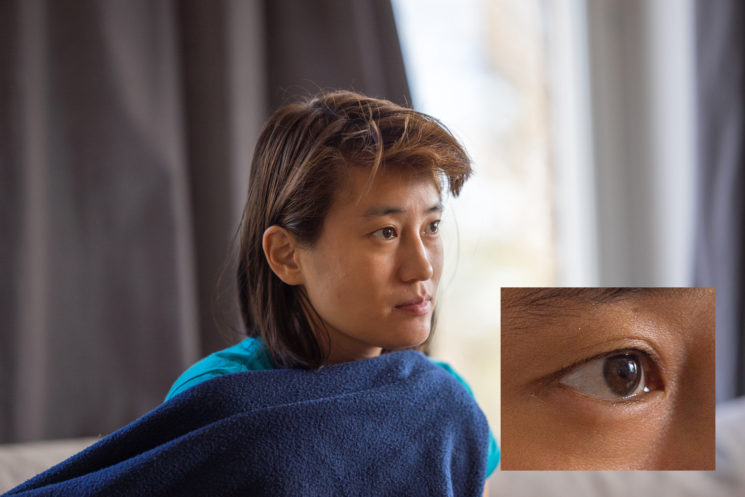 Never before, nor after, have I seen a lens with this level of sharpness wide open. Perhaps this impression of unreal sharpness is strengthened by the contrast to the extremely creamy bokeh you typically get in the same photo. 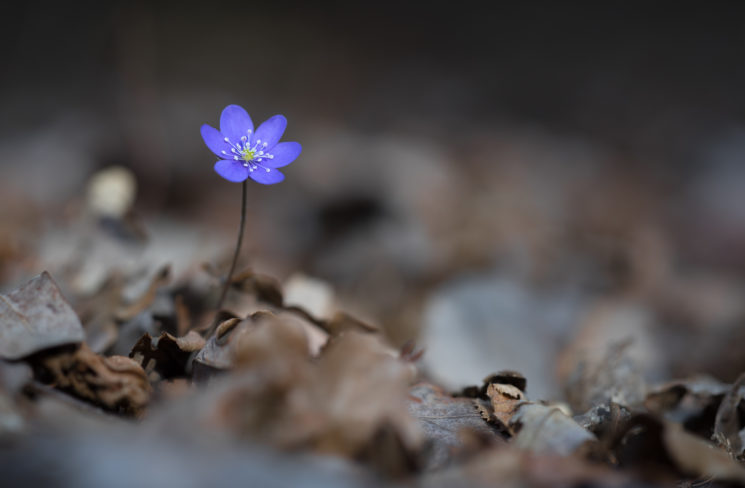 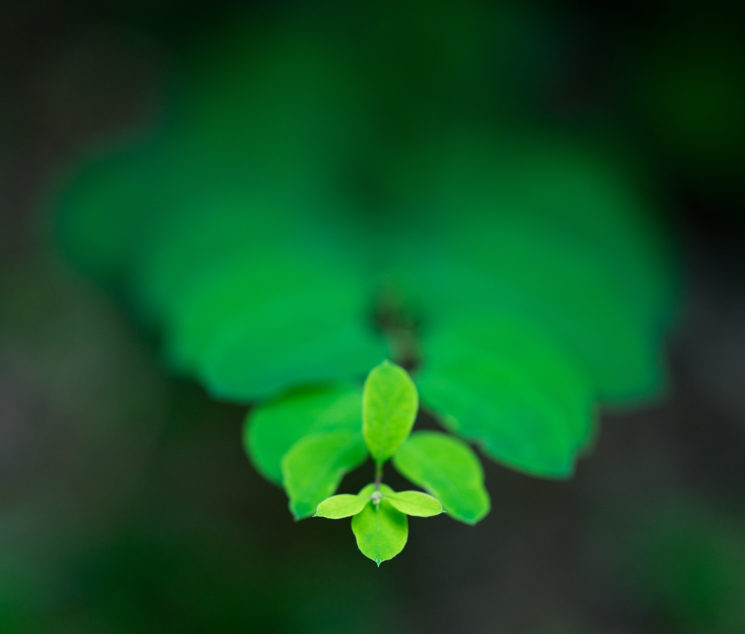 Most of the available 135mm f2 lenses have a very short minimum focusing distance, in relation to the focal length, creating a magnification ratio of around 0.2 – 0.25. This is great news if you like to photograph small things up close. These lenses go about as close as you could get without a dedicated macro lens.

Extreme value for the money

While there are certainly pricey 135mm f2 lenses out there, such as the Sigma 135mm f1.8 Art, or the Carl Zeiss 135mm, there are a couple that give you extreme value for the money. When you buy a lens that has absolutely flawless sharpness and image quality at all apertures, you typically expect it to cast $1200 or upwards. But like a glitch in the matrix, an anomaly that shouldn’t exist, you can get the Samyang/Rokinon 135mm for as little as $429 brand new. The only downside with that lens is that it is manual focus, which might not be suitable for photographing sports or children. Otherwise this lens is absolutely incredible.

If you want autofocus, and great value for money, buy the Canon 135mm, as it has almost the image quality of the Samyang, and you can get it for under $1000 new. The Canon is about as sharp as the Samyang, but it has some very slight chromatic abberation. I would recommend buying it used if you want to save some money, with the added benefit that you can re-sell it at the same price as you bought it for, effectively giving you the opportunity to “rent it” for free.

Which one to buy?

If you want the best value possible for your money, and can survive without autofocus, buy the Samyang. If you must have autofocus, and care about weight, buy the Canon. If you want the best possible image quality, and you must have autofocus, and you don’t care if it is a bit heavy (maybe you need it for studio use), buy the Sigma. Include the Carl Zeiss in your research though, it might be an interesting lens for you, even if it is a bit pricey for what you get, compared to the Samyang which is comparable. If you are a Nikon user, of course have a look at the Nikon AF Nikkor 135mm f/2D DC and compare it to the other lenses mentioned in this article.

Whatever lens you pick in the end, you will make a great purchase. All of them are extremely sharp and produce mouth-watering bokeh, and all of them are reasonably priced for what you get. I have only owned my 135mm for less then a year, but already it is one of my top three most used and most fun lenses. Be sure to watch my video that goes along with this article, for more image samples.

Micael Widell is a photography enthusiast based in Stockholm, Sweden. He loves photography and runs a YouTube channel with tutorials, lens reviews, and photography inspiration. You can also find him as @mwroll on Instagram and 500px. This article was also published here and shared with permission.

Six reasons why I will never become a professional photographer
« Apple: “we are sorry for slowing down your phone, we’ll replace your battery for $29”
A simple technique for faking subtle shallow depth of field in Photoshop »