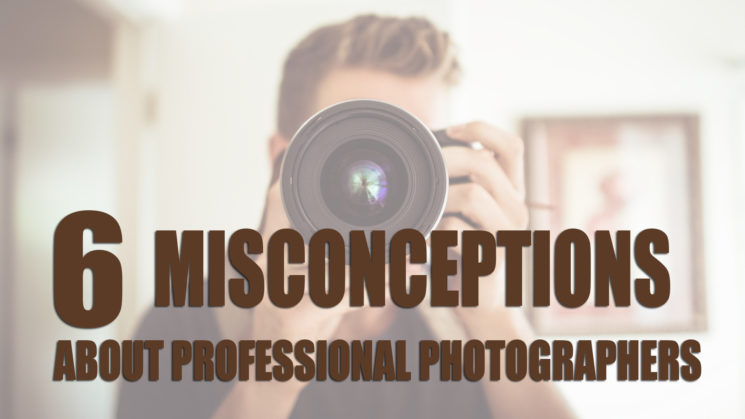 1. Professional photographers are good at retouching and they retouch photos themselves

The first misconception Scott mentions is kinda “two-in-one.” It states that professional photographers are really good at retouching and that they retouch their photos themselves. Scott admits that he hires a retoucher to edit his work, and he believes that the job of a retoucher exists for a reason. This leaves him more time to focus on photography, which is his primary occupation. And the fact that he doesn’t do his own retouching doesn’t make him anything less good as a photographer.

Personally, I believe that knowing how to edit photos is a part of being a photographer, especially if you’re a professional. However, I agree that you’re not supposed to be equally good at both, nor you have to enjoy both crafts with the same intensity. And hiring a retoucher definitely doesn’t make you a bad photographer.

This is one of the misconceptions I’ve personally heard most often. I believe it depends on the genre, but it’s often the case that photographers don’t have full creative control over the shoot as it’s commonly believed. As Scott puts it, they’re more technicians than they are artists. They often need to shoot what they’re told and how they’re told, and not exactly express their full creative potential.

According to Scott, amateurs actually often have more advanced equipment than professional photographers. And compared to the people I know, I’d say it’s true. Scott personally doesn’t want to spend more money on a camera than he needs to, and he currently uses a Canon 5D Mark II. And if the shoot calls for more expensive and advanced gear, he’ll rent a Hasselblad or a Phase One.

4. All professional photographers have agents

5. Professional photographers shoot all the time and they shoot a lot

6. Professional photographers are better than amateurs

This is the misconception I’ve heard a lot, too. And just like Scott, I believe that it’s exactly that: a misconception. Professional photographers should be good at what they do, that’s for sure. However, there are so many people who do something else for a living and take photos for fun, yet they produce spectacular, high-quality work. Just because someone doesn’t make a living from photography doesn’t mean that they’re not amazing at doing it.

What do you think of these points? Do you see them as misconceptions or you rather find them to be true?

[6 misconceptions about pro photographers – truth behind photography via FStoppers]

How misconceptions affect travel photographers and how to avoid them

The dark truth behind the sensor size wars… Or is it?