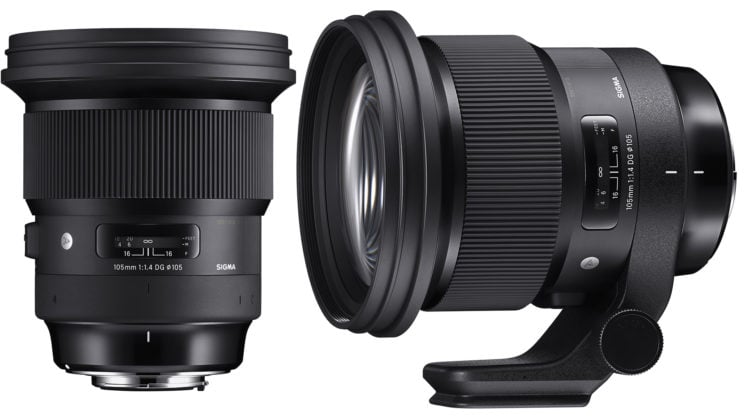 Pricing and release information for Sigma’s upcoming 105mm f/1.4 DG HSM Art series lens has finally been announced. We figured it was pretty much a certainty that it would be less expensive than the Nikon 105mm f/1.4E, but I didn’t expect this big of a difference. Coming in at a mere $1,599 ($600 cheaper than the Nikon), the lenses will be shipping in June.

When Nikon announced their new 105mm f/1.4E ED lens in July 2016, it was met with awe and wonder. The world had never seen an autofocus lens so long with this wide of an aperture. There was a lot of hype, and once it finally hit the streets it seemed that much of it was justified. It became the immediate favourite of quite a few photographers, and I know a few personally who sold off of their 200mm f/2 lenses after using the 105mm f/1.4 for a few weeks.

But despite being a fantastic lens, it was Nikon only. No love for Canon, Sony or other manufacturers. Well, not until Sigma said (paraphrasing) “Hey, we’re making one!” earlier this year. And the photography world has been waiting for more information ever since.

We got to take a look at the new lens first hand a couple of months ago at The Photography Show, but price and release date information was unavailable at the time.

Now, though, we know how much it’ll be and when it’s being released. They’re available to pre-order now for $1,599, and shipping begins in June.

While Sony, Canon and Sigma shooters will have no other options at this focal length and aperture, I am curious to see how the F Mount version compares to the $2,196.95 Nikon 105mm f/1.4E. How they feel in the hand, and the accuracy of the autofocus, not to mention the speed of the autofocus, too. I would be interested to hear the thoughts of Sigma 135mm f/1.8 Art owners, too, once they can get their hands on the 105 to compare side-by-side.

I hope Sigma has made a lot of these, because I expect they’ll be in high demand, especially for Sony shooters who have been itching to get some native E Mount Art series lenses.