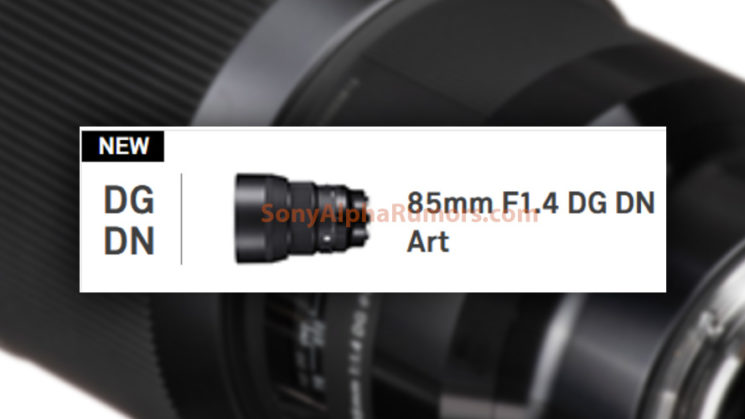 According to a Sony Alpha Rumors, Sigma is getting ready to release a new 85mm f/1.4 Art lens next week for the Sony E mount. Yup, that’s right. “But Sigma already has an E-Mount 85mm f/1.4 Art!”, I hear you cry. Well, yes, they do, but this one’s newly designed specifically for mirrorless use.

There isn’t a lot of information about the new lens. In fact, there’s just the one screenshot shown above, which lists the 85mm f/1.4 DG DN Art lens. The “DG” designation specifies that it’s a full-frame lens, and the “DN” designation means that it’s designed specifically for mirrorless cameras.

You can see in the image above that the 85mm f/1.4 DG DN Art is a new and different design to the 85mm f/1.4 DG HSM Art for Sony E Mount shown below that we already know and love – which is basically just the same version they released for their DSLRs, but with a longer barrel at the lens mount to correct for the difference in flange distance. 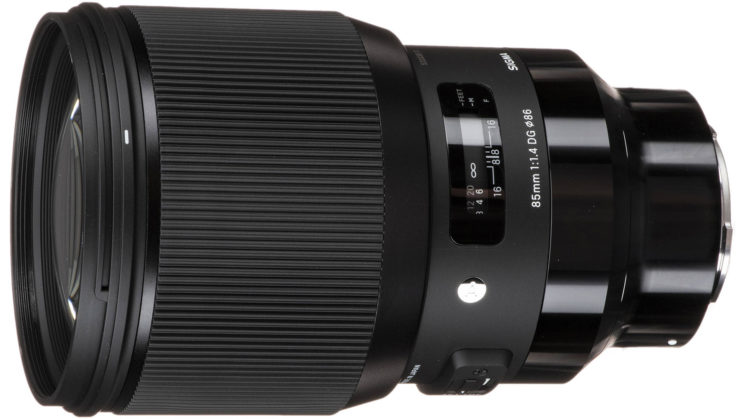 According to SAR, it will also come in an L mount variety as well, and will be “half the weight and half the size of the DSLR version”. That would certainly be a neat trick to pull off, if true.

Sigma Might Be Announcing its 85mm F/1.4 DG Art Lens At Photokina This Year