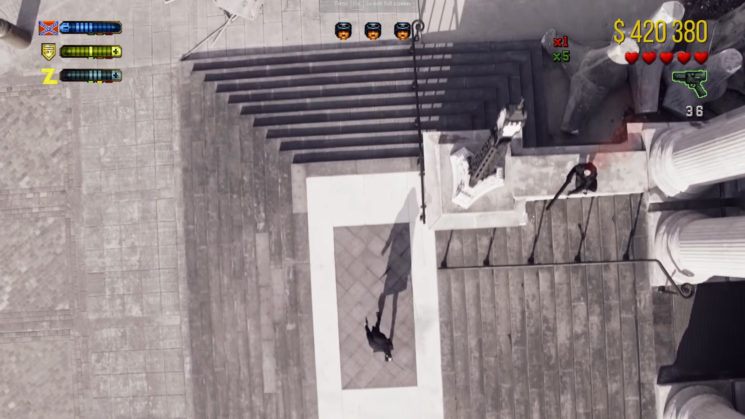 I find it cool to see the things people try with their drones. What they’re doing to try and come up with something a little different. Drones have become so commonplace now that many of the videos I see look much like all the rest. This short from filmmaker Marin Kafedjiiski, though, looks very different. At least, it looks very different to most drone footage. It is, however, quite reminiscent of the original Grand Theft Auto.

Shot with his drone, Marin’s “Daredevil stunt man”, Ilko Iliev, is seen sprinting, leaping and swimming through the streets, sewers and seas. It’s edited extremely well, and offers a new perspective on many locally famous sites.

The bird’s eye perspective is not new, but to use it for almost every clip in the film is rather unique. The only exception is when he leaps into the water where we get a brief glimpse from what is presumably a GoPro.

Shot in Bulgaria, the film shows some very surreal and unusual shots of famous sites. One such place is the abandoned communist monument at Buzludzha peak. This is probably a location you’ve seen before. It’s a very popular photography subject.