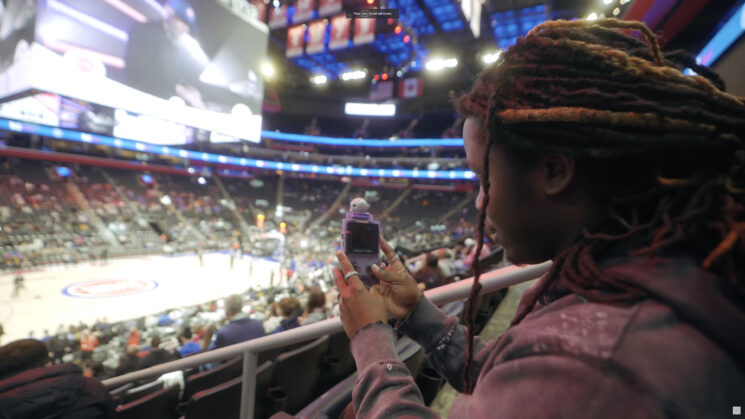 The Gameboy Camera seems to have picked up in popularity as of late. We’ve seen a plethora of projects using one over the last few years, partly just to show off how beautifully terrible the images are, sometimes just to push the limits of the tech to see what it can actually do, even shooting Formula 1 and eclipses with it. We’ve seen 3D printed adapters to mount EF lenses on it, colour trichromatic photography and even AI-enhanced colour photography.

What we haven’t seen yet, though, is an unboxing of a brand new Gameboy camera and printer, direct from 1998 and stored… well, who knows where for the last 24 years waiting to be taken out of its precious packaging. But that’s what we see here in Vuhlandes newest video as he opens it up, figures out what it can do and even tries to shoot a basketball game with it.

While the images from a Gameboy camera – nor any camera from that period, no matter how expensive it was – can compare to the cameras we have today, the images they produce do have a wonderful charm about them that makes them interesting. At the beginning of the video, Vuhlandes does say that it’s a “Gameboy Color Camera”, although that doesn’t mean it’s a colour camera. It means it’s a camera for the Gameboy Color. It’s still a monochrome camera.

His particular sample comes in the original Japanese packaging destined for the Japanese market, with clear markings on the box stating “For sale and use in Japan only and commercial rental prohibited”. I don’t expect Nintendo will be pursuing him almost a quarter of a century after the fact, though, despite how sue-happy Nintendo can sometimes be.

While the images might be fun to shoot and look at, he does note some practical issues when shooting. The dark screen of the Gameboy Color vs the glare of the stadium lights makes it very difficult to see the picture while you’re shooting it and the on-screen contrast leaves a lot to be desired. Shooting outdoors, he says, is much easier, although you still have the pretty terrible dynamic range to contend with.

Where Vuhlandes says it really shines, though, is as a selfie camera – which he believes was probably its main intended purpose – but printing those images comes with a whole other set of issues, as he discovered, mostly due to the age of the paper. Ultimately, though, after making his own custom roll of thermal paper, he did manage to get some decent prints with it that actually look quite good.

I still don’t think I’ll be rushing out to buy one, but having wanted one of these as a kid, it does make me happy to see them still being used and experimented with today.

Random aside… I think more YouTube videos should have a random guy just popping up in the background halfway through it, scrolling through their phone.

Here’s how to take color photos with a Gameboy camera

« Capture One has officially killed off Nikon, Fujifilm and Sony-specific versions of Capture One 22
Paid subscriptions for Instagram content is now officially a thing »