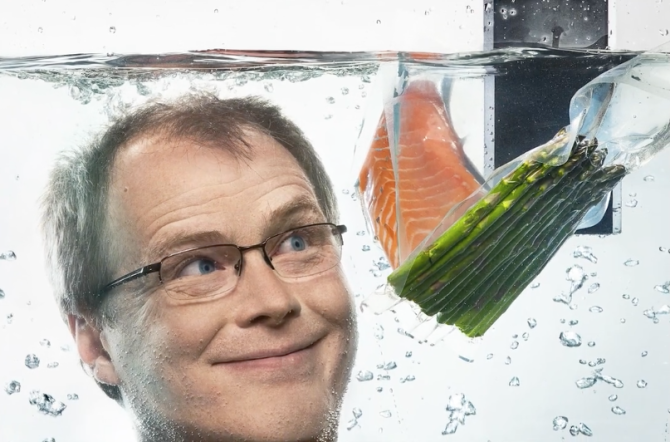 Photoshop has become such a standard part of advertising photography that we don’t even blink anymore when we see it.  So it takes us a little by surprise when we find an incredible image that was actually shot entirely in-camera.

The creative genius of  Christian Seel shone through on the cover of Philip Preston’s new book, Immersed: The Definitive Guide to Sous Vide Cooking.  Not wanting to rely on cheap tricks, Christian and his team devised a surprising way of capturing the dynamic image in-camera:  by literally putting Phillip’s head into a sous vide cooker.

After placing Philip’s head through a watertight opening in the bottom of the glass, the team filled up the tank with water as he held an uneasy smile.  Using a modified snorkel, they provided him with air in between shots (pesky biology…), and we assume he survived (or had an on-staff body double) because of this picture later: 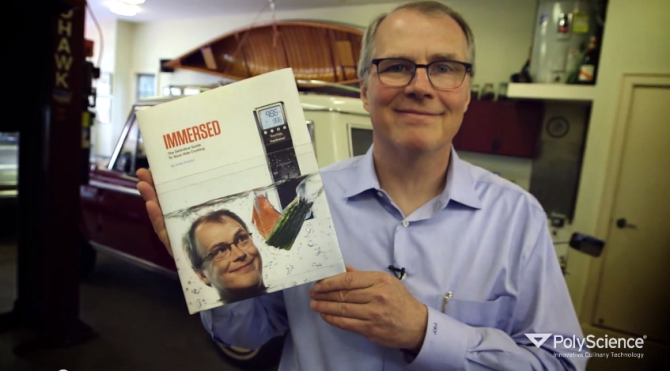 (…then again, maybe this is the Photoshopped one.)

While our lawyers have forbidden us to advocate submerging your subjects’ heads into vats of liquid, we are really curious whether any of you have tried a similar technique to bypass ye ole Photoshop.

To see more of Christian Seel’s incredible photography and cinematography, be sure to hit up his website.  And, as always, be sure to keep my name out of any signed confessions.