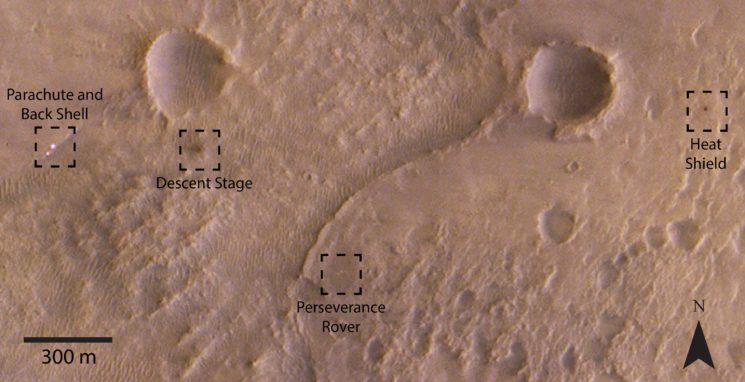 NASA’s Perseverance rover has been all over the news ever since its successful landing on the Martian surface. The rover’s landing didn’t only leave the viewers in tears in awe, but it also left some garbage on Mars. In this satellite image, you can see the rover and its landing components scattered across the landing site.

The ExoMars Trace Gas Orbiter took the photo with its CaSSIS camera on 23 February. Perseverance’s landing components are seen as dark or bright pixels in the image showing the Jezero crater. You can see the Perseverance rover in the mid-lower part of the image. On its far left, there’s a parachute and a back shell, and the descent stage is between them and the rover. On the far right of the image, there’s the heat shield. 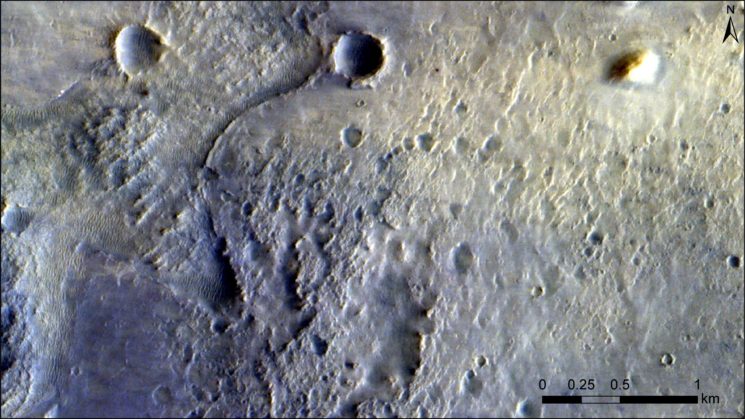 If you’re having trouble seeing the rover and its landing components, ESA published a color-enhanced and labeled image to make it easier for you. The colors in this image have been adjusted to resemble Mars’ color as we would see it with our eyes:

That space missions generate garbage is not exactly news. According to National History Museum, there’s nothing to worry about just yet, as space junk still doesn’t pose a huge risk to space explorations. But I still can’t help but wonder – what will happen where there’s too much space junk out there? It sure increases with new satellites being launched, as well as new space missions. Maybe one day when people build colonies on Mars, the garbage will already be there to make them feel at home.

« The Dark Room photo project mixes life-size models with 1:6 scale DIY props
Feast your eyes on these starlit photos of a black panther »