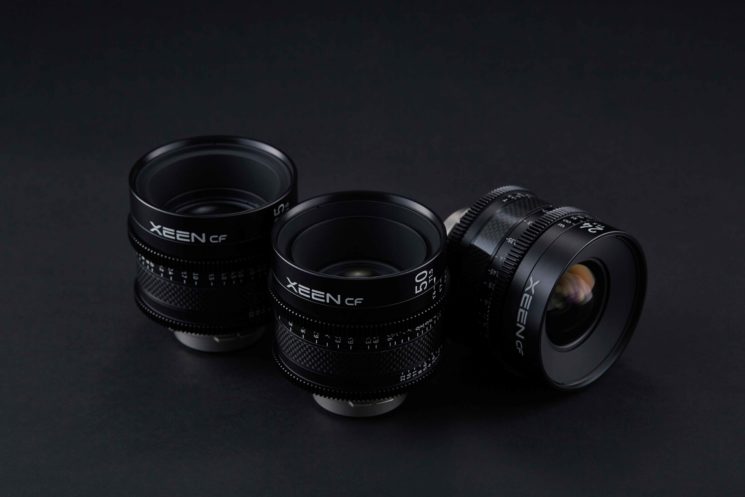 Samyang has announced a brand new lineup of its affordable XEEN cine lenses. The new and improved XEEN CF line is coming in five focal lengths, from 16mm to 85mm. They’re compact and lightweight, and they’re the first full-frame cinema lenses which incorporate carbon fiber into the lens barrel.

The XEEN CF lenses will be available in the following focal lengths:

As you can see, all five lenses feature the T1.5 aperture value, which will be helpful when shooting in low light. All lenses are designed with 11-bladed diaphragms, for pleasing bokeh. They support 8K and full-frame (large format) image sensors installed in the latest movie cameras, and they’re also compatible with equipment such as drones and gimbals.

Carbon fiber has been incorporated into the lens barrel of all five new lenses. It makes them lightweight, but also contributes to durability. As for the mounts, you’ll be able to get the new XEEN lenses in PL, Sony E and Canon EF mounts.