Humans mount themselves on gigantic robots and enjoy to be centrifuged. That‘s what happens in amusement parks. ­Machines with the power of tanks and the voices of demonic entertainers offer 5 minutes of anti gravity therapy. An innocent attempt to escape from reality, driven by 10.000 horse­power.

Based on his childhood fascination for the strange atmosphere of amusement parks Till Nowak created the fictional documentary­ „The Centrifuge Brain Project“. He collected footage and used digital animation to create a series of non-existing thrill rides. It is a film about the search for happyness and our sometimes mislead ways trying to find it.

When I first saw “The centrifuge brain project”, I was kind of confused. Is this real?
Next thing was excitement – and I had to watch it over and over again.

After a few years, now I finally had the chance for a little talk with Till Nowak, the Mastermind behind “The Centrifuge Brain Project“.

Till, can you tell us a little bit about your background?

I was born in 1980 in the small city Mainz in the middle of Germany. My parents are artists, so I was always surrounded by art and creativity. When we were children my brother and me had the chance to play a lot with my fathers videocamera and super-8 cameras and create little stop motion films. I have always been fascincated by the emotional impact of films and the magic of visual effects. I got my first computer when I was 12. The mix of art, film and my PC opened many possibilities for me and I began to work professionally very early. When I was 19 I founded my little studio “frameboX”. At the same time I started studying media design at the University of Applied Sciences in Mainz. First I did a lot of classical print and web design, but over the years I specialized in computer generated images and animations. So I would say my background is a mix of artistic influences from my family, absorbing movies from mostly the European and the US movie culture and a nerdy passion for computer graphics. And I love science, by the way. 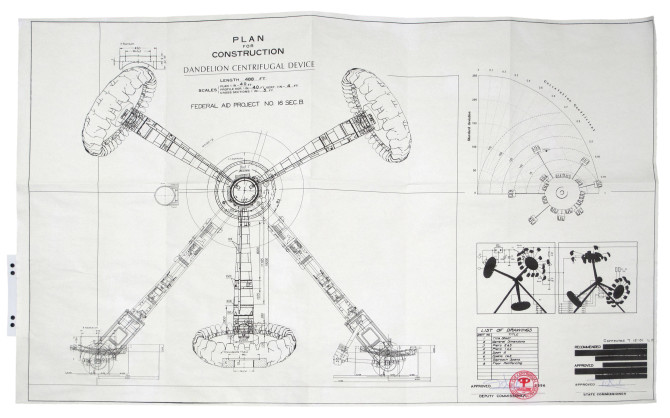 What do you think and feel if you visit a „normal“ amusement park?

Since I was a child I was always strangely fascinated by this weird mix of fun and fear. Heavy machinery disguised under a flashy fun fassade. I always pay more attention to the motors, the mechanisms, the heavy steel beams and the hidden areas underneath or behind the big amusement rides, and found it always hard to believe that other people only see these things as big toys, as nothing special, and seemed not to wonder much about what they actually are: Giant industrial robots. For me they are one of the most bizarre and funny outcomes of our civilization. We decorate huge industrial machines with nice blinking lights and let them spin us around as a common form of entertainment. 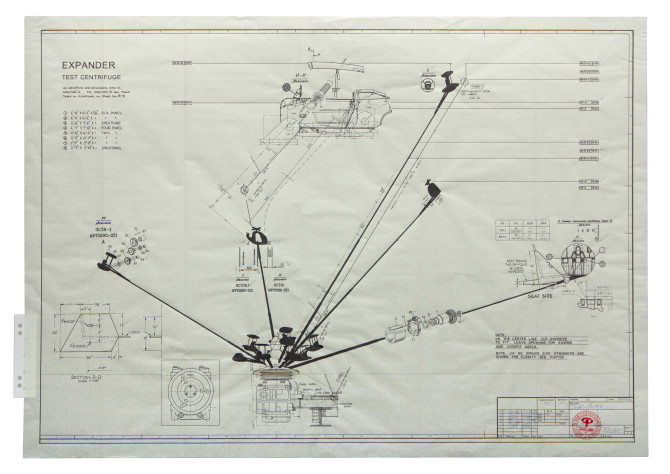 As I first saw the „centrifuge brain project“ I wasn’t sure if it is real – can you tell us about the (maybe unpredictable) technical difficulties while doing the post production?

During the last ten years I explored many ways of manipulating captured reality. Artistic freedom unfolds best if you have as little as possible technical limitations while shooting, so I filmed the original amusement ride background videos without any markers, blue screens or other preparations. I used a simple amateur video camera to achieve the “eye witness look”. This means I shifted all the difficulties to the post production. To be able to do this I have to avoid too much motion blur, avoid intersections with people in the foreground and film enough traceable details for the so called matchmoving process. During “Matchmoving” the computer analyses the camera motion within my video footage, so that I can integrate computer generated objects into shaky hand camera footage possible. For example, on of the most difficult shots to solve was the “wedding cake” ride, because there is a moment when you see almost nothing of the original amusement ride any more   After animating and rendering with 3ds max I recreated the optical effects of the camera, like the constantly changing brightness due to automatic f-stop-adjustment or the lens distortion in Adobe After Effects. 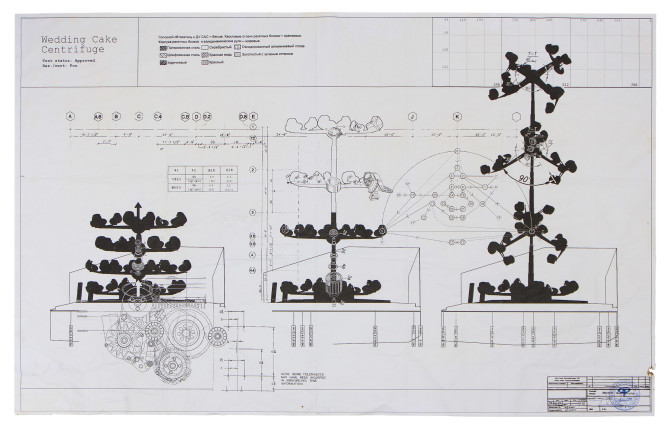 How many people and hours are involved in this project?

I did it in my free time inbetween other projects, while my first shortfilm “Delivery” was on festival tour around the world. Each of the seven carousel animations took about 2 weeks to complete. Including the writing, shooting, editing, sound and finalization it might sum up in a total of 5 months of work, spread over almost three years during which I kept the whole project a secret.

Then, after I had finished the visual effects scenes, I spent two days of shooting the interview scenes with cinematographer Ivan Robles Mendoza and actor Leslie Barany, followed by two months of editing and a few weeks of sound design and mix by Andreas Radzuweit to put it all together. The long editing time was a result of many hours of loosely scripted interviews, from which I assembled the best bits. 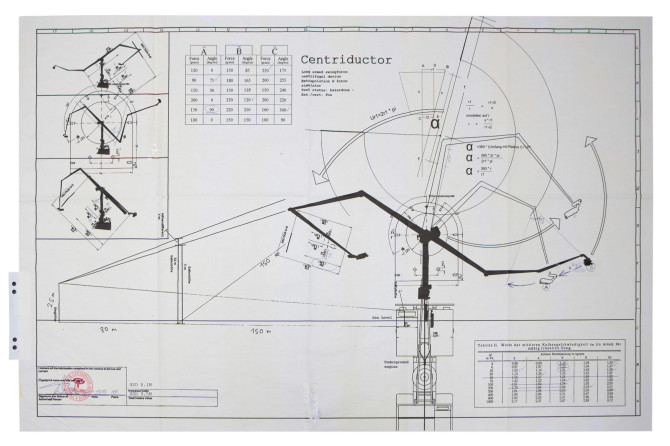 You designed the „high altitude conveyence“ in 3D-Max. It’s hilarious! Is this „14 hour ride“ calculated or is this just a random number?

There is no specific reference, they are just free, improvised designs. I went to amusement parks and filmed real amusement rides. While filming I already tried to imagine how they could be „extended“, as a rough idea, and filmed the empty sky above them, which I would later fill with the digital extensions. So in many ways the design is a continuation of the underlying real amusement ride. I analysed its motion, its rhythm, its function and exagerrated it. My goal was to find the balance between complete absurdity and believability – to design it in a way that it moves and feels real, but at the same time reach the maximum of absurdity that was possible. So the designs grew out of the real footage, using a lot of artistic improvisation. Over the last ten years it became my favourite artistic method to “sample” a bit of reality and manipulate it digitally. It became an artistic process for me which I usually do without any planning or sketches, just starting out of an idea directly modelling in 3D. 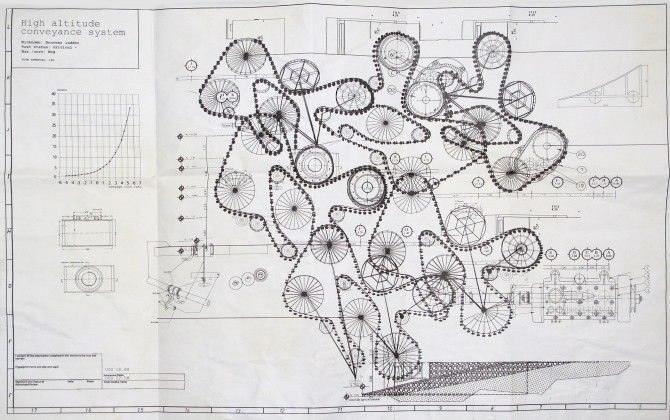 Thank you Till for taking the time and also for all the plans.

I love projects like this – very well prepared with a gorgeous amount of detail and with a very good sense of humor. After all, every time I visit an amusement park since I saw The Brain Centrifuge Project, I feel like I am missing something…

Make sure to visit Till’s Website, his other projects are also quite exciting. Here are a few examples: 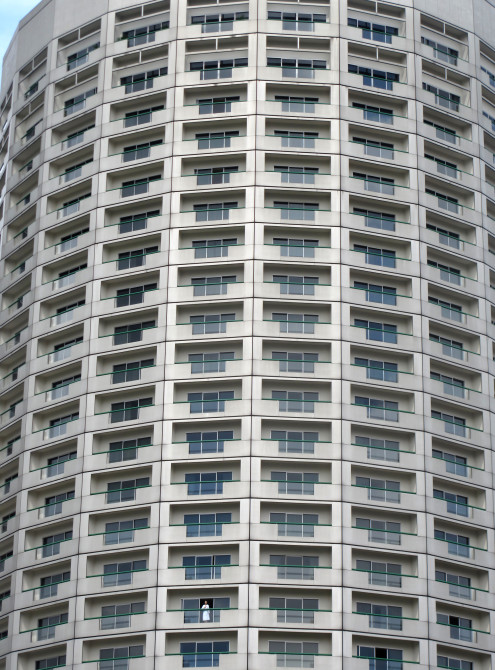 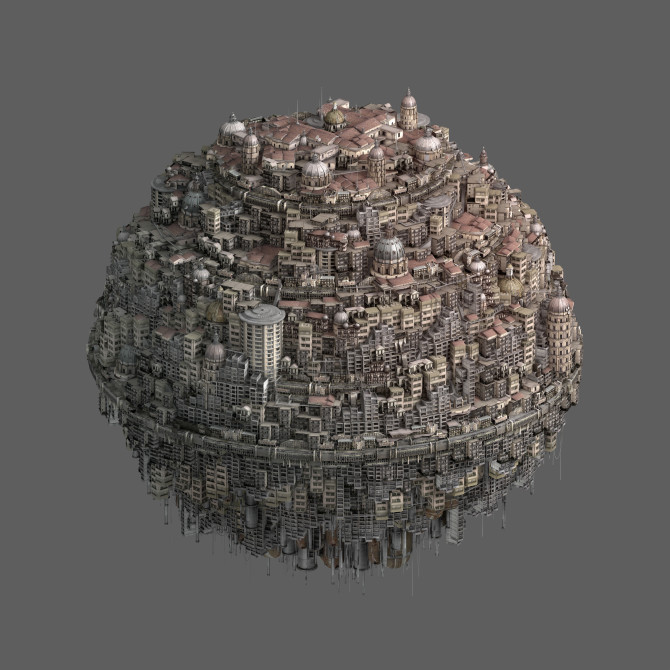 [The Centrifuge Brain Project | Till Nowak]

Passion, patience and process. How I shot my personal project “The Big Bow”