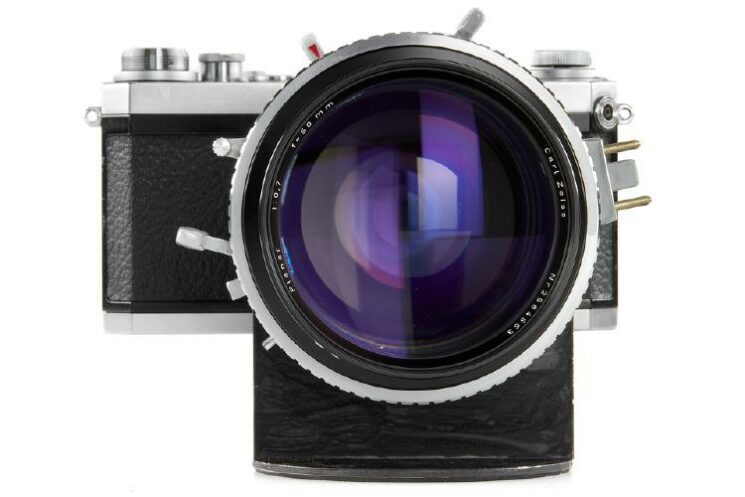 How cool it would be to own a lens that traveled to the moon? Well, it’s possible now as a rare Zeiss Planar 50mm f/0.7 is up for an auction. It’s one of only ten of these lenses in the world, responsible for some iconic shots: photos from the Apollo missions, as well as iconic footage from Stanley Kubrick’s Barry Lyndon.

The lens was designed by Zeiss in 1966 exclusively for NASA Apollo missions. It was made to capture the far side of the moon (or the dark side of the moon as any Pink Floyd fan would probably rather call it). With the super-fast f/0.7 aperture, it was “about two stops faster than the available lenses at that time,” the description reads.

Only ten of these lenses were made, and NASA bought six of them. Stanley Kubrick bought another three and used them to shoot famous candlelit scenes in Oscar-winning Barry Lyndon. It was the first time a movie scene was filmed without using artificial lighting. And due to the almost non-existent depth of field, Kubrick reportedly directed the actors to move laterally in order to stay in focus.

As for the tenth lens, it’s located in the Carl Zeiss factory museum. The one in the auction is “most probably” one of those bought by NASA, according to Andreas Schweiger of Leitz Photographica Auction. But whether it was used in the Apollo missions or for filming Barry Lydon, I’d say it’s equally iconic. It’s also in great condition, which is certainly a big plus!

« Photographers, this June is your last chance to shoot a supermoon in 2021
Over 1,500 elegant tern eggs abandoned after reckless drone flying »