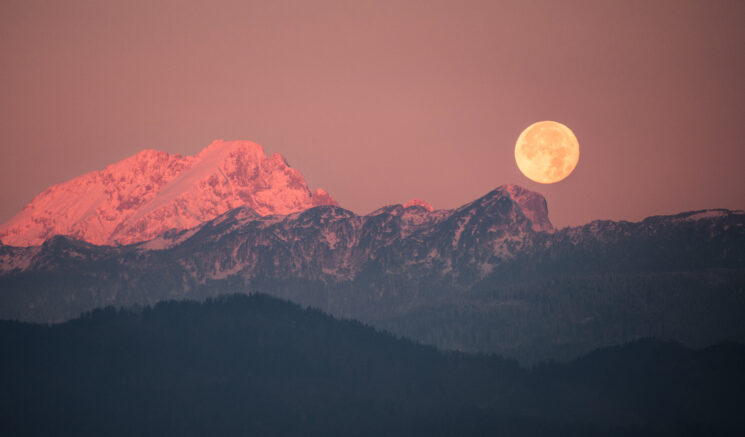 A supermoon is beautiful to see up in the sky, and I’m sure many of you want to capture it in your photos. If you do, it’s time to plan your next shoot. A so-called Strawberry Moon is coming in late June and it’s your last chance to shoot this phenomenon in 2021.

We already had two supermoons this year, one in late April and one in late May. In case you’ve missed them, the third and the last one of this year will be up in the sky on 24 June. When a moon nearly coincides with a perigee, that’s when we call it a “supermoon.” It’s the closest it comes to the Earth in its elliptic orbit, and it appears slightly larger than usual.

I must admit that this is the first time I’ve heard of Strawberry Moon, and I like the name just I like strawberries. It’s probably worth noting that the name has nothing to do with the color, though. It was named by the Algonquin tribes of North America, relating to the summertime season when strawberries ripen.

We won’t see another supermoon until June 2022, so this is a great chance to take some photos. Use apps like PhotoPills, Stellarium, or Nightshift to help you plan the shoot, and let’s keep our fingers crossed for a clear sky.

[via Only in Your State]

How I shot the weekend’s Supermoon in Antarctica

« Sigma releases new firmware for the fp to bring it more inline with the fp L
Rare Zeiss lens from Apollo mission up for an auction, expected to reach $146,000 »