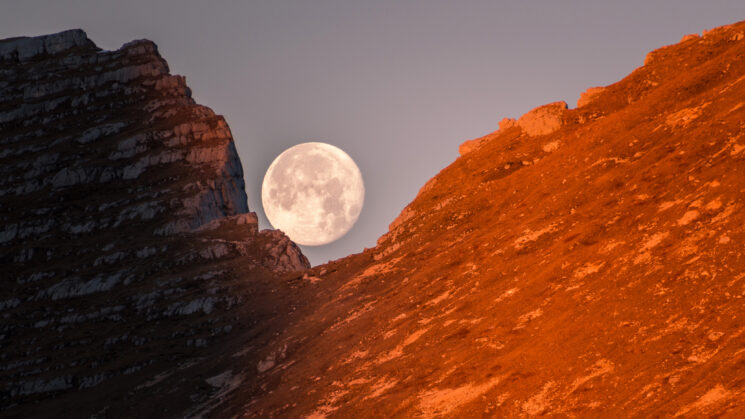 If you’d like to shoot the last 2022 supermoon, get ready! Tomorrow, on 11 August 2022, we’ll get to see the fourth and final supermoon of 2022, also known as the Sturgeon Moon. And after that, you’ll have to wait another year to get another chance.

However, there’s bad news too. If you were looking forward to this year’s Perseid meteor shower, the moon is going to change your plans.

The final 2022 supermoon will be visible at approximately 9:36 p.m. EDT, according to NASA. “The Moon will appear full for about three days from Wednesday morning through Saturday morning,” the Agency writes. In addition, Saturn will appear near the Moon and be near its brightest for the year.

According to the International Meteor Organization, the Sturgeon Moon will make the the Perseid meteor shower far less visible. The two phenomena coincide tomorrow, but the moon will influence the meteor shower’s visibility in the days to come as well. The Perseid meteor shower is expected to peak late Friday night into early Saturday morning (Aug. 12 to 13, 2022). Still, the moon will remain nearly full, making it difficult to see these meteors. From the usual 50 or 60 meteors per hour, moonlight will reduce their visibility to about only 10-20 per hour at best.

The supermoon from May this year coincided with the total lunar eclipse, creating quite a spectacular sight for astrophotographers and us regular observers. While Sturgeon Moon is “just” a supermoon, it will still be a beautiful sight with photographing. And even though it will steal the show from Perseids – at least it will also be a photogenic sight. Make sure not to miss it, as the next two supermoons will be on 1 August and 31 August 2023.

How I shot the weekend’s Supermoon in Antarctica