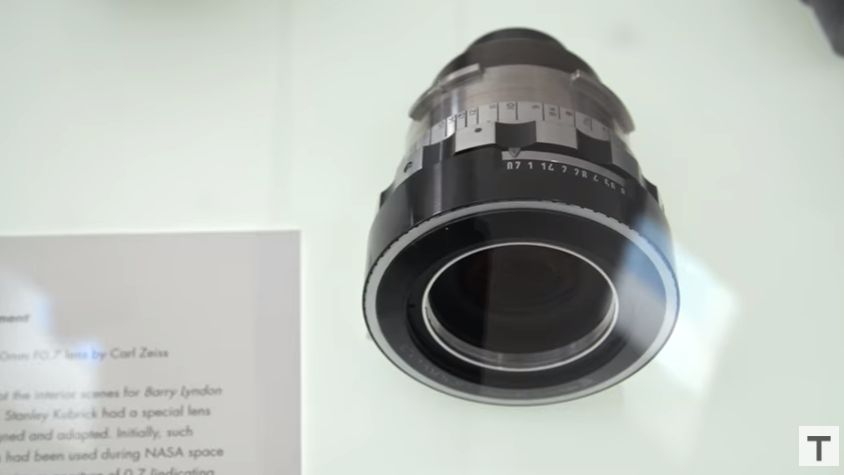 Have you ever seen an f/0.7 lens? Stanley Kubrick used one regularly.

If you are lucky enough to be in San Francisco right now, you can pay a visit to the Stanley Kubrick Exhibition (it’s curently playing at the contemporary jewish museum). If not, former Mythbuster Adam Savage takes you on a filmed tour.

There is some interesting trivia about this lens. But first we need to see what camera the lens connects to. The lens connects to a Mitchell 35mm camera that Kubrick bought when he was filming Barry Lyndon. Here is the thing, Kubrick wanted to shoot it all with natural light, including the interior candle light scenes, so he needed a really fast lens. Sadly, the only lenses fast enough were NASA ‘s 0.7 lenses. So Kubrick went ahead and bought a Mitchell 35mm and had the camera reworked to fit those NASA f/0.7 lenses. No other film camera could work those lenses. 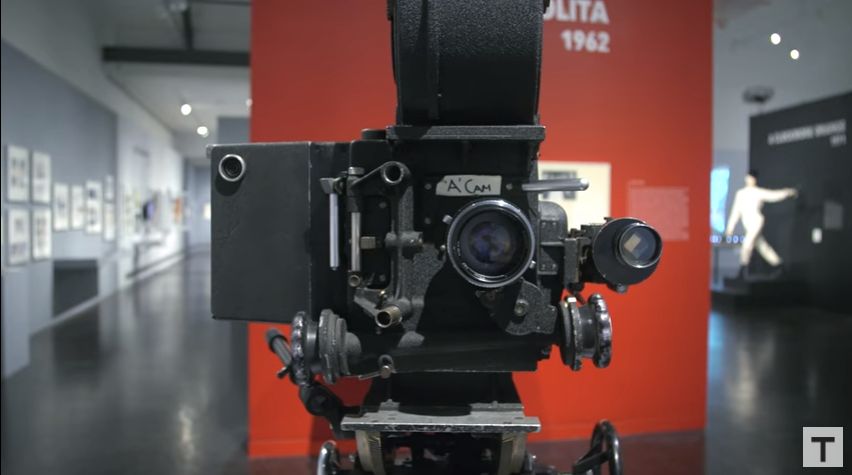 But even at f/0.7 Kubrick needed extra light and created special fast and bright burning candles to produce more light.

I know what you are thinking, f/0.7, how the heck did the actors move, there is just about zero DOF there. Well, Kubrick trained his actors to move laterally, from side to side, so they kept in focus.

This is quite an amazing piece of gear and dedication, if the show happens to come across your town, be sure to visit.

« This photographer quit her job three years ago to photograph women around the world
Watch: an 8K timelapse showing Grand Teton park in all its glory »