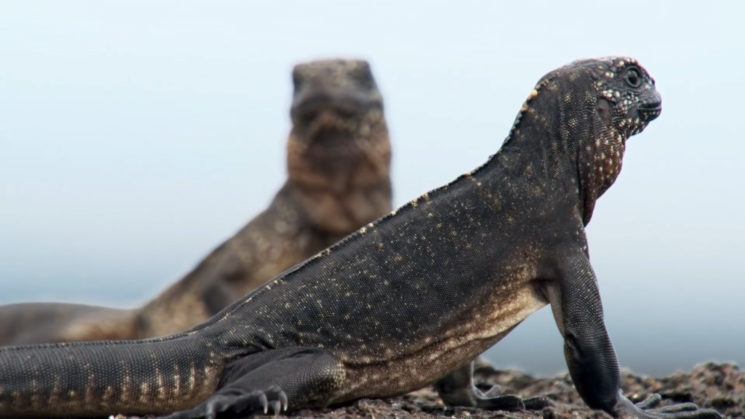 If there’s one “triumphant underdog” story that’s been popular this week, it’s this one. The footage from BBC’s Planet Earth 2 series of the young marine iguana escaping the snakes on the beach. If you haven’t seen it, don’t worry, I’ve embedded it below. Shot in the Galapagos Islands, it’s an incredible sequence of events, shot beautifully.

They say filming in the Galapagos is, in some respects easier than elsewhere in the world. This is because the animals have not had much exposure to humans so have not yet learned to be afraid of us. A concept that would probably feel pretty strange for most of us.

The BBC have since released a 360° behind the scenes video of how some of it was shot. They talk about the gear that was used and the filming techniques. The video also highlights how important it is to research your subjects, especially when dealing with wildlife. Knowing their behaviour and their habits will make it much easier to predict where your shot is going to happen.

It’s quite an efficient looking crew and setup. Shooting multiple cameras simultaneously while being so mobile must save a lot of time and reshoots. It was interesting to hear how they setup each of those cameras, too. They used a wider lens with a camera on a DJI Ronin gimbal to be able to move with the animals, while using a longer lens from a tripod for close ups.

I can’t wait to see the whole series. Are you looking forward to more Planet Earth II? What do you think of what’s aired so far? Did you also see the original Planet Earth Series? If not, you really should. Let us know what you think in the comments.