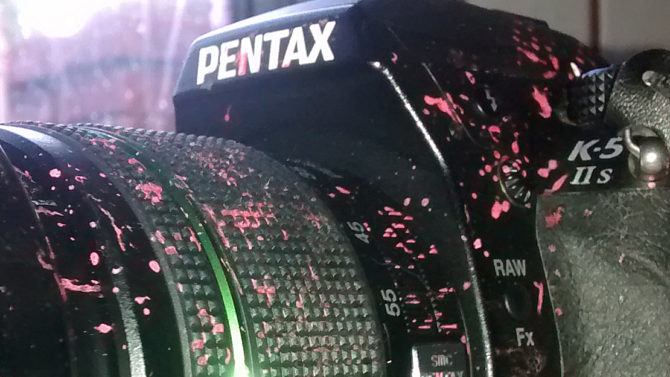 I always find it interesting to read about the things cameras survive that the manufacturers could never have foreseen. X. Fire and ice, car crashes, months under the ocean, rocket engines, and even babies.

Photographer Brian Maneely recently discovered just how tough and sealed his Pentax K-5 IIs was. While photographing a wildfire, it was doused with pink fire retardant and then hosed off with water.

In June, there was a wildfire that got extremely close to his property. With his neighbours evacuated, they were preparing to do the same. Having been a photojournalist for several years, Brian knows that there are some situations you just don’t miss. This was one of them.

So, he grabbed his Pentax K-5 IIs and headed up to the roof. He wanted to get some shots of the planes dropping retardant on the blaze. Suddenly, one of the planes unexpectedly turned east, heading straight toward his house, with him on top of it.

I quickly tried to get to cover, but continued shooting over my shoulder. Seconds later, I got hit with the blast of fire retardant, myself and my camera. I wiped off the lens, sprayed myself off with a hose, and kept shooting.

By design, fire retardant gets into every tiny little crack and crevice. So, you can imagine Brian’s concern. He knew he didn’t want to miss this opportunity, and stood his ground to get the shot. 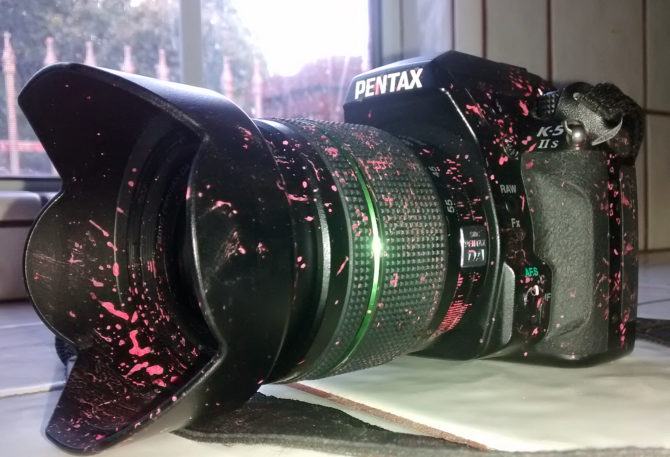 He held down the shutter as the plane started to pass between him and the sun.  Fortunately for Brian, the risk was well worth the reward. 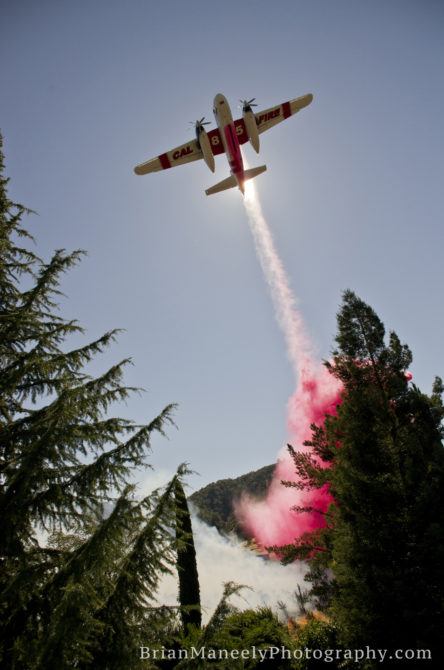 Now, a couple of months later, the camera still continues to work. Most of the retardant has come off, although there will always be a few battle scars from that day.

Given some of the camera survival stories, it’s amazing that so many of us still treat our equipment like precious little babies. I used to be that way, but not any more. The construction and build quality of DSLRs has come a long way in the last 14 or so years. That’s when I got my first pair of Nikon D100 bodies and even those are built like tanks. Anything my gear can’t survive, well, that’s what insurance is for, isn’t it?

What risky situations do you put your gear through on a regular basis? How has the build quality of your camera surprised you? Let us know in the comments.

« How a bucket can help to improve your Seascape photography
Deal Alert: Adobe CC Photography (Photoshop + Lightroom) for $95/year (Usually $120) »