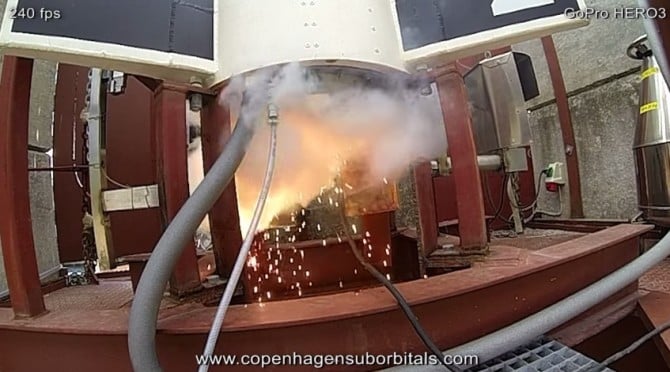 Copenhagen Suborbitals is the kind of project we like. They are a non-profit, DIY-driven, Arduino-powered project “working towards launching a human being into space, and bringing him safely back to earth“. This is interesting because most projects I know of only care about the getting to space part, and leave the safety back bit.

One of the development phases involves building a rocket engine. It would be a simple task, it is not rocket science after all…

Wait, it is rocket science. This is why every step is tested again and again to insure it is working. On August 20th, the team did a static test for their HEAT2X Engine (one that does not try to lift a rocket into air) and luckily had a GoPro 3 camera strategically placed right under the engine. The footage show an inferno on earth in 240 FPS.

Sadly the test failed, and the thing went aflame. The GoPro survived.

The team did conduct an autopsy and will implement it towards future designs, till then we got to see one of the technological wonders up close and personal.

On August 23, we conducted the “autopsy” of HEAT-2X in order to study the cause and effect of the fire in details. CS is obviously mainly interested in the cause of the fire; but there is of course a very rewarding experiment in the fire itself, which can guide us with regard to future design, materials and protection of engine parts and structures #

This is what a failed rocket engine looks like: 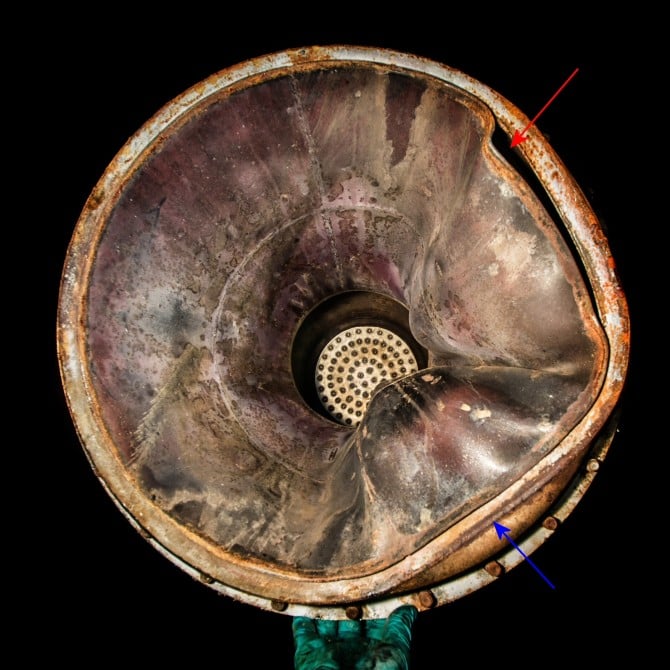 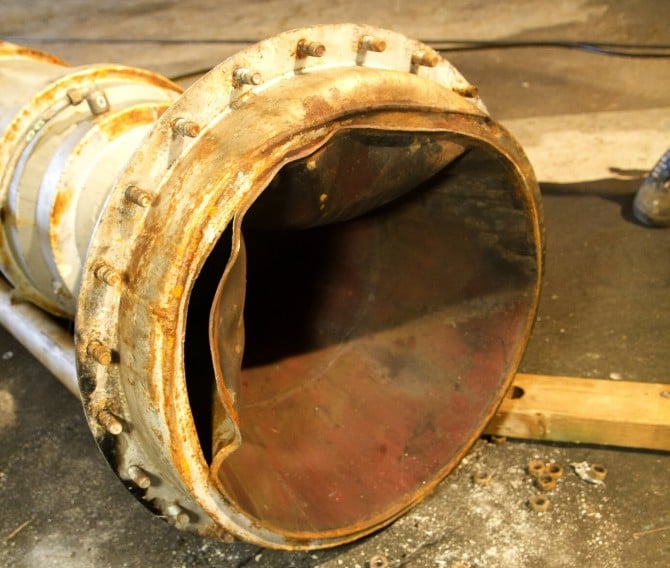 The nozzle and the opening in the cooling jacket. Photo: Ruben Hansen/CS.