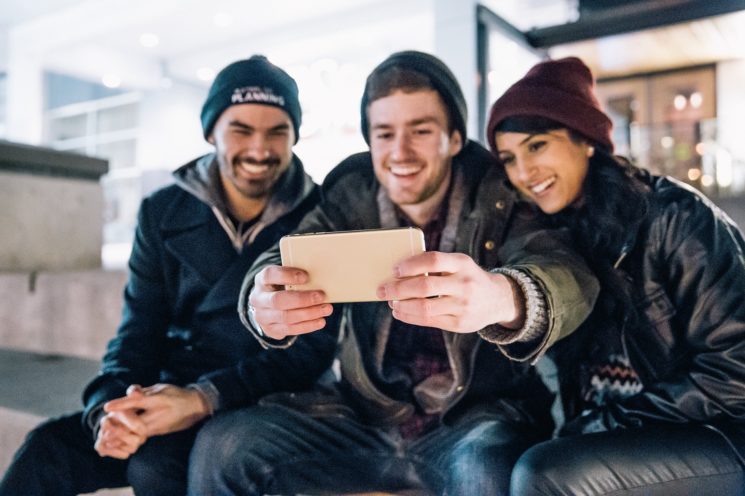 Whether you’re into Instagram or not, there’s no doubt it has become a powerful tool for photographers to showcase their work and even book sessions. Growing an audience is a tedious job (if you don’t want to use bots). But, the results of a recent study may help you grow the audience faster.

The researchers of Georgia Institute of Technology and Yahoo Labs recently looked at 1.1 million Instagram photos. They came to some interesting and potentially useful conclusions that could help photographers gain more likes and comments from their followers, and get people more engaged.

According to the research, photos that contain faces have as much as 38% more chance to receive likes compared to the photos without faces. Additionally, they are 32% more likely to receive comments.

While “faces” seems too generalized, the research shows that it’s for a reason. The number of faces in the photo doesn’t make a difference. The age doesn’t matter either, and while Instagram is more popular among teenagers – their photos aren’t more popular than those of the adults. When it comes to the gender, the results also make no difference between men and women – they both have an equal chance of getting comments and likes.

Although the researchers examined people’s reaction to the photos with faces, they couldn’t explain why we are more drawn to them. But Saeideh Bakhshi who led the study believes that it’s because of our innate fascination with faces:

“Even as babies, people love to look at faces.Faces are powerful channels of non-verbal communication. We constantly monitor them for a variety of contexts, including attractiveness, emotions and identity.”

Other than the type of photos, the research shows that the frequency of posting also affects the engagement. Even if you have many followers, if you post too frequently, you’ll receive less feedback. In other words, the more photos you upload, the less any of them is likely to get likes or comments:

“The more you post, the less feedback you’re going to get. Posting too much decreases likes two times faster than comments.”

Possible applications of the study

According to the researchers, studies like this could be used by designers to “quickly filter, prioritize and highlight photos shared by followers.” They could also be of use to websites like Flickr or Pinterest, so they could “increase their search ranking and keep consumers onsite and active by featuring human faces in their online content.”

When it comes to photographers, I guess those of you who shoot portraits, events, weddings and the like have a head start. And as for the rest of us, we might need to try a bit harder to gain engagement from the audience. Or use this vending machine. :)