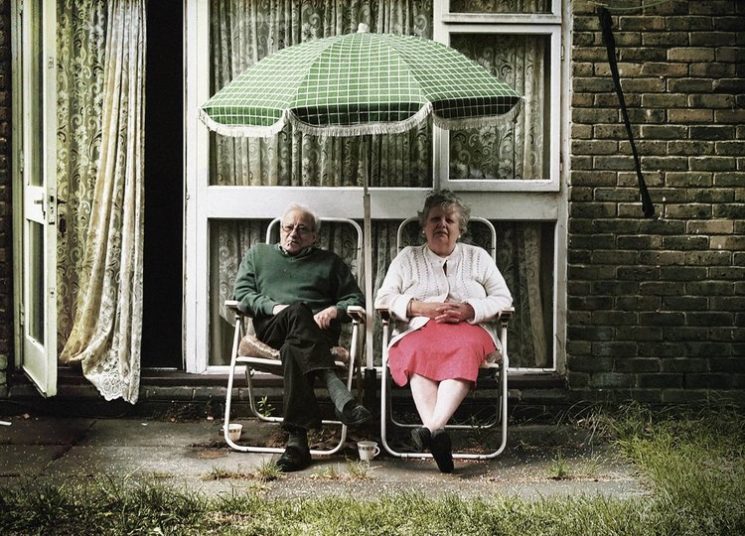 This year my wife Chrystall and I have decided we’re leaving London for the country.

As much as we love London we feel this is a good time for us to leave and move onto other bigger things. One of them being the launch of our new website, Great Things To Do, in January 2018.

Back in 2009 I was wandering in Ladbroke Grove, not far from the tragic Grenfell Tower, on one of my typical days out shooting urban photography.

As I walked passed a garden, something, or rather someone grabbed my eye but I kept walking for a bit.

But it was just too good a shot to miss so I went back, smiled at them, paused for a second and took the shot to then walk away again.

The shot turned out great but there was a lingering feeling of having stolen it, and it never sat very well with me.

A few years went by and this slowly but surely became one of my most popular photographs, winning recognition at the International Street Photography Awards.

Here we were now in 2017 and I still regret not going back to at least give them the print.

So in July I decided to do something about it, I would find them again. 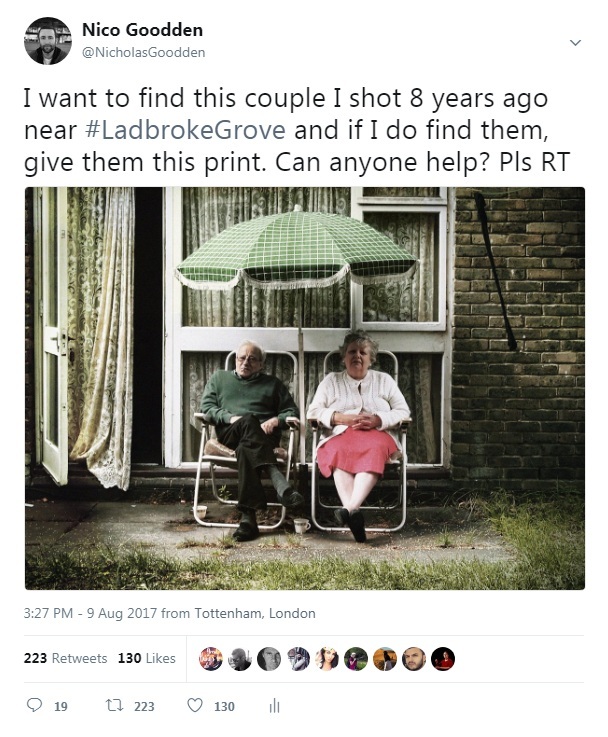 And… within 24h and 223 retweets later… we’d found them. We had their name, Roy & Rose, and even an address where I could send a few prints.

The first person to get in touch was @dejfitzgerald on Twitter, a total stranger who’d gone out of his way to help via a Facebook group.

He’d found Roy’s brother Terry who got in touch, soon followed by his sister Celia and nephew (Roy and Rose’s son) Martin.

I corresponded a little with them all, sadly finding out Roy had passed away three years earlier. I kicked myself for not doing this earlier.

“Every time I look at it, I chuckle because it was such an accurate portrayal of them and just captures the essence of them which is the mark of a great photo!”

“The print really does catch everything about mum & dad. You really have made my day, we don’t have many photos of them as an old couple.. we don’t have many of them together in there later years – so it really does mean a lot. Especially as it’s AMAZING as well, seeing that makes me remember how dad was before he got ill, & the image of them sitting in the garden with the little coffee cups watching the world go by brings a massive smile to my face. Sometimes you forget the good times.”

Following this I sent them five A4 size prints, so all could have one as well as Rose of course.

And yesterday Martin sent me a photo of his mum holding the print. 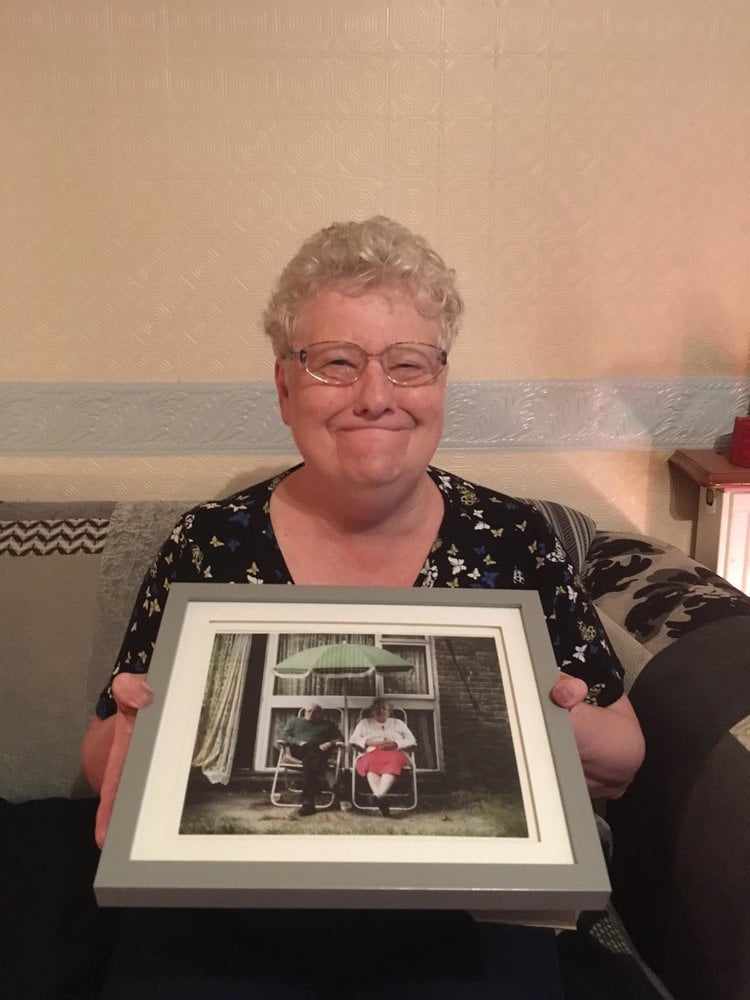 But we can make a difference with photography and bring joy to people, just like it happened here.

This just demonstrates that as street photographers we don’t need to be furtive, awkward or weird.

I just know that it’s changed my outlook on how to shoot street photography forever and I can move out of London feeling like I’ve put things right.

These eight portrait mistakes are so common, but so simple to fix
« Are landscape photographers ruining photography for each other?
The macro lens is the Swiss Army knife of lenses, and this is why you should own one »