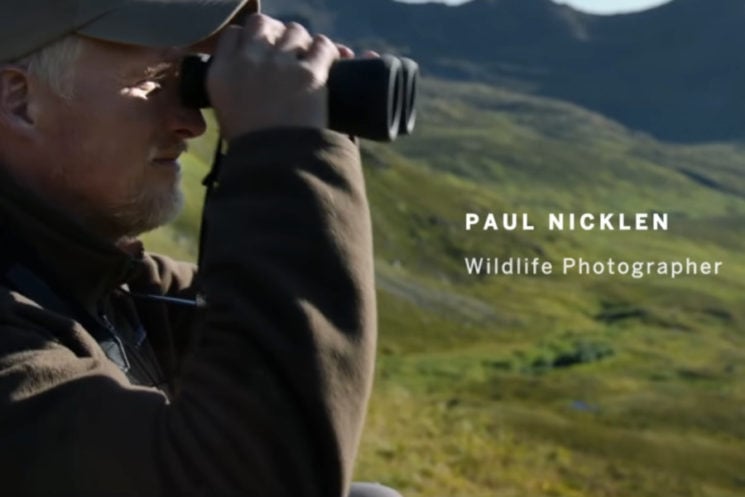 It’s not surprising when camera companies hire photographers to pitch their products. But photographers have also been enlisted to sell other types of products; the result of Madison Avenue trying to romanticize the occupation, even though the reality often fails to meet the expectation. Nowadays photographers are more likely to spend the majority of their time sitting at a desk in post processing, or trying to collect on invoices that are 6 months past due.

Nevertheless, we’ve seen a number of companies in a variety of industries employ photographers in their ad campaigns in the past few years, spanning the gamut from the old living icons to the newest generation of light chasers.

As a part of their “Born in 1928” campaign launched in 2013, shoe brand Cole Haan teamed up with the legendary Elliott Erwitt to celebrate the “off” year 85th anniversary of the brand. The cherubic-faced Erwitt looks smartly dressed in a pair of Cole Haan kicks, while draping his camera over his shoulder. Photographer Daniel Jackson shot the campaign. 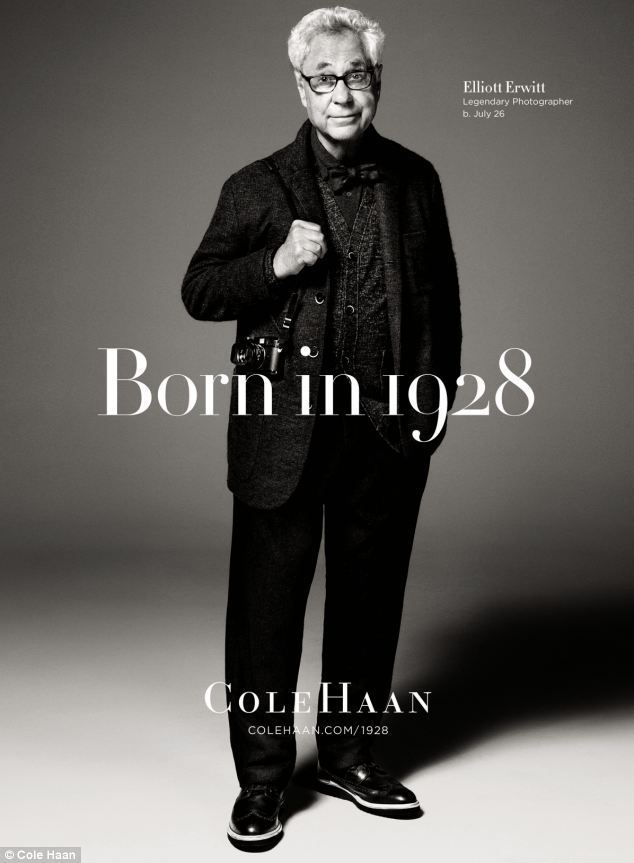 Decorated war photographer Lynsey Addario’s decision to appear in a 2014 Audi ad wasn’t without controversy given the glamorization of the job vis-à-vis the death of her driver at the hands of her captors. On the other hand, the choice to use a female war photographer undoubtedly had an impact on the public’s understanding and definition of war photographer – showing that both men and women put their lives on the line to cover the attrocities of war.

In 2014, Filson, the longtime purveyor of outdoor clothing and bags, teamed up with Magnum Photographers Steve McCurryand David Alan Harvey to design a set of camera bags that Harvey described as “something I could use in the Favelas in Rio, but still take to a dinner party.”

Although the bags had a limited run, Filson cleared banked on the mythology of two of the industry’s heavyweights.

Biologist/photographer Paul Nicken’s incredible undersea images and prominence in the National Geographic’s Instagram feed has helped to propel him to over 3.8 million followers and growing.

The significant social media reach likely influenced American Express’ decision to tap both photographers in early 2016 for a series of travel-based ads touting the benefits of the AMEX Gold Card. Double and triple points, plus no foreign transaction fee!

Former Los Angeles Times photojournalist and Pulitzer Prize-winner Barbara Davidson was tapped by Volvo in 2017 to show off their XC60 urban camera safety system. Volvo’s unorthodox approach used Davidson’s skills as a photographer combined with the car-as-camera to create a commercial and gallery exhibition.

"I walk the streets every single day with my Leica, and I take photographs of things that interest me," says photographer Andre D. Wagner. "I’m constantly moving around, so basics that have quality and can be paired seamlessly with other things in my closet are my favorite pieces." Watch him get dressed for a day on NYC’s streets in 15 seconds flat. Follow the link to shop his pieces. http://bit.ly/2ioMd5o #theoryatwork

Young, talented, black, and handsome – it’s no wonder that brands like Cole Haan and Theory has started to flock to him as an authentic voice of a generation. Plus, he’s still shooting and developing black and white film!

The Last Of Us: A Video Game That Lets Players Become Photographers