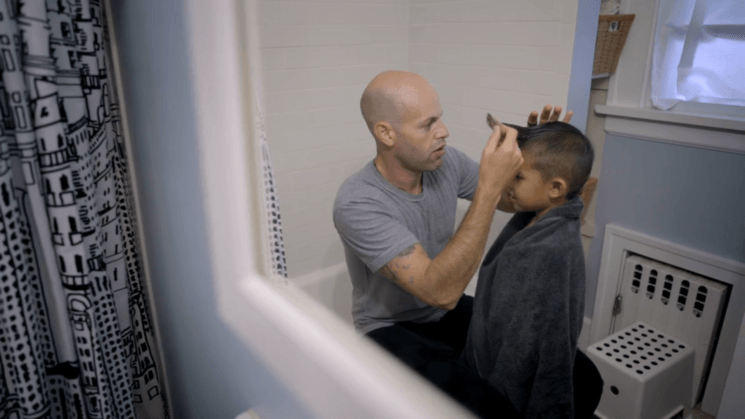 No matter who you are and what you do, the moment you become a parent, your life changes forever. For Benjamin (Ben) Lowy it was exactly like this. He is an award-winning conflict photographer who covered Iraq War in 2003, as well as many other major events all over the world. But becoming a dad made him reexamine his priorities and change his view of the world.

When he is on a task, it’s certainly different for him if he shoots fish underwater or people in a war zone. For his kids, it always means the same – he’s not home. And it’s something he has to deal with every day.

As a photographer and a traveler, Ben aspires to capture the moments and save many different lives in a photo. Like for the most of us, his work is the way to express himself, and self-expression is a selfish thing. But parenthood is exactly the opposite. When you are a parent, there’s no room for being selfish. Being a parent means being dedicated to something other than yourself, placing the needs of your children before your own. And I suppose it changes you immensely. I believe it made Ben take more care of himself – so he can stay around his kids longer.

As a conflict photographer, Ben has covered most of the major events in the world. He exposed himself to danger while searching for great stories, and he documented lots of terror and pain. But becoming a parent made him see more beauty around him. He realized he wanted to find and capture more of that beauty, and not just the horror in the world. He says he still wants to witness all these stories, but to experience them in other ways.

Not so many people get to see so much of the world and experience the stuff Ben has. He hopes to take his boys to some of the places he’s visited. He wants to share his experiences with his children and merge his world with theirs. When he is on a task, he looks forward to returning home and bringing his boys a piece of the world he has saved for them.

Alongside all these changes, he’s come to the most important conclusion as being both a photographer and a parent. Although he’s been a photographer a lot longer than a dad, it’s not what he leaves behind for the world to see, but it’s how he teaches his boys to see the world.

Are you both a photographer and a parent? We would love to hear your thoughts on this.

[LEGACY Part 1: How a conflict photographer’s vision of the world changed after fatherhood via ISO 1200]

Is losing your camera the worst end to a trip ever?

Lessons from losing a week of photos to memory card failure

« How I became to be one of Denmark’s most profitable wedding photographers
Why do we retouch people in Photoshop? »