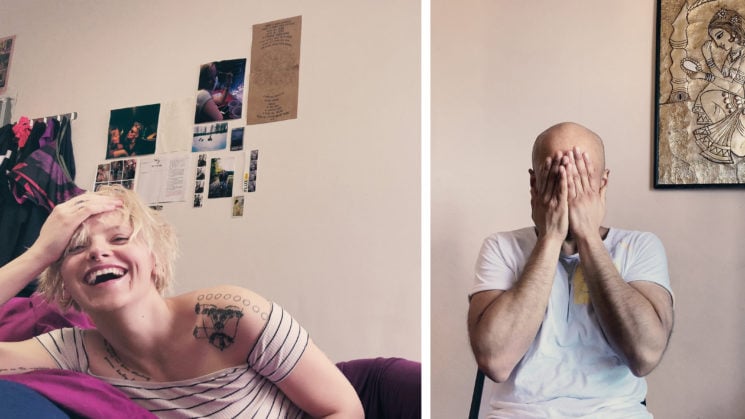 Social distancing and self-isolation have pushed most of our social interactions online. We teach, learn, have meetings, and hang out with friends and family… all via video chat. But New York-based photographer Nikola Tamindzic has also found a way to use video chat for photoshoots. His project I am here, and you are where you are is a series of “quarantine portraits.” They were shot all over the world while neither the photographer nor his models left the safety of their homes.

We chatted with Nikola a bit about his project. He told us more about the idea, his shooting process, and how it has helped both him and his models cope with isolation. And of course, he also kindly shared some of the images he’s shot so far.

I first wanted to know a bit more about the idea itself. I asked did Nikola how he came up with it and what apps does he use for his photoshoots. It turned out that his idea dates quite a while back.

It was some ten years ago when Nikola and another English photographer worked out the way to organize a professional shoot remotely. However, they lacked the story and the background at the time. “We lacked conceptual reasons why everyone would go through a hassle of doing it,” Nikola tells DIYP.

In 2017, he started the series of virtual photoshoots in Tokyo. “If there’s one place in the world where you can do that, and it would be appropriate, that would’ve been Tokyo,” Nikola tells me. Sadly, it turned out that it was just too hard and it wasn’t financially viable. So, the idea was abandoned or the time being.

However, the current coronavirus situation gave this idea exactly what it was missing at first. This time, it’s not meant to be some kind of a complicated, professional photoshoot. It’s “as simple, as honest, and as truthful as it humanly can be.” Sometimes people use DSLR or mirrorless cameras, but most of the time, they just use their smartphones. It’s easier, everything is in focus, and they don’t focus that much on the settings, but rather on the human aspect of the portraits. As Nikola says, “it’s not so much about beautiful photography as it is about human contact.” After all, that’s what we all miss so much right now. 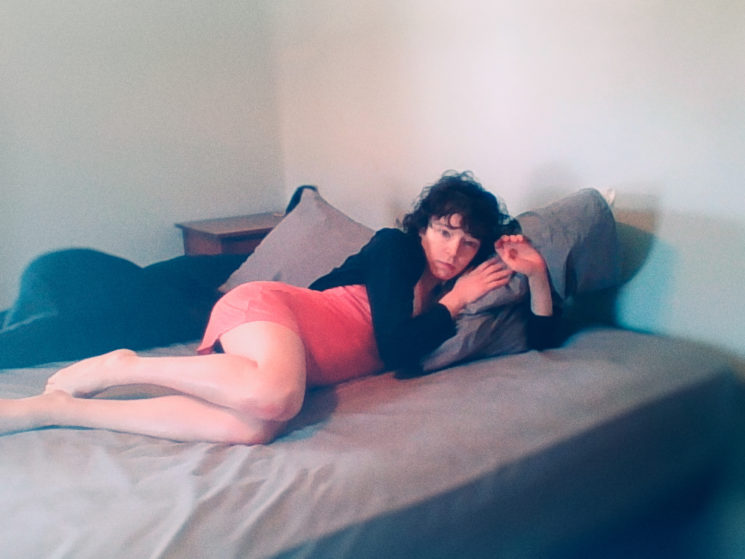 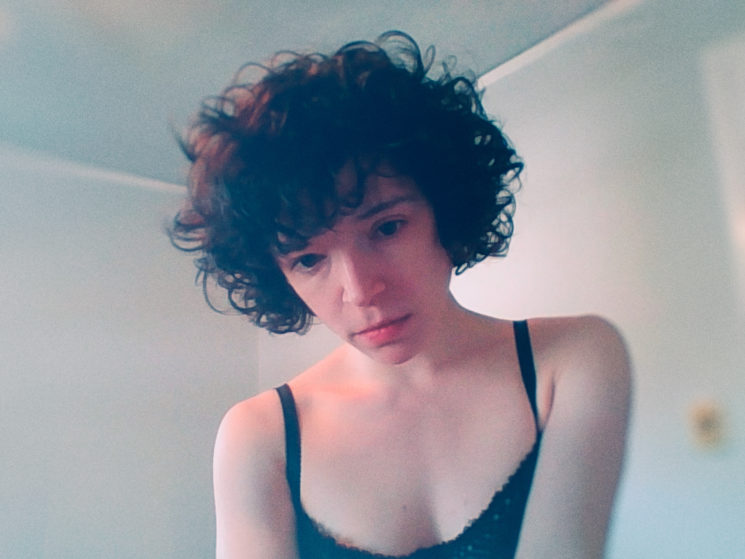 Last summer, I was also a part of a Skype photo shoot. Waleed Shah and I spontaneously had the idea of trying it for his project, and we were pretty much winging it and figuring things out in real-time. So, I was very curious to know how Nikola’s photoshoots look like. Does he chat with the models and they shoot and send the images later? Or does he try to conduct the photoshoot as he would in person, as much as it is possible?

Nikola had the first shoot through Skype, which we also used for the interview. However, he also did his shoots through FaceTime, WhatsApp, he even did a shoot in Mexico City through Instagram video chat. The point is to find what works and not obsess over details too much but look at the big picture instead. “You come up with solutions, move fast, and engage people.”

When it comes to directing his subject, Nikola tries to do it as close as he can to a real, live shoot. On the other hand, some things differ greatly.

While Nikola and his subject are in the video chat, they show him around their homes to look for angles, lighting, and things in the scene that are meaningful. Once they find the spot, they put the phone in front of the laptop so Nikola can see the screen and the subject can’t. This way, it becomes more of a “photographer-subject experience” than just selfie-taking.

“There are vulnerability and lack of control that is really conducive to doing an honest portrait,” Nikola tells DIYP. “It’s about both sides surrendering a little bit of control.” Put differently, he doesn’t have control over the environment and the lighting, and the subject doesn’t have control over the images. They simply have to trust each other.

What’s also different than a regular photoshoot is that the subjects have all the photos. Interestingly enough, every single person so far has been generous enough to send Nikola all the photos. I guess that this also shows a certain kind of trust and openness.

Just like the global situation changes day by day, so does Nikola’s project. It’s still ongoing and he gets new ideas as time goes by. Just as we need to constantly adapt to the situation as it advances, so does Nikola adapt his project and constantly comes up with new ideas.

A few days ago, I asked people how they are holding up during this crisis (you can share your thoughts too if you like). What I learned is that we’re all dealing with the situation in different ways and that our feelings vary greatly. Therefore, I wanted to know what’s the main feeling that Nikola wanted to portray in these portraits. Is it the feeling of anxiety and uncertainty that’s common to the most of us? Or is the project focused precisely on these differences between people and their perception of isolation?

“Most of the people seem to be experiencing anxiety at this stage of the pandemic,” Nikola tells me. “And I think we’re all going through all five stages of grief – from denial, through anger, through depression… And I’ve actually had some pretty happy shoots.” Nikola tells me that one of the girls he photographed was singing and dancing in the shoot, and that’s her way of staying sane. However, the emotion that breaks through the most at the time of writing this is anxiety.

While Nikola is generally a very engaging photographer, he takes a bit of a different approach now. This project is a lot quieter than his regular photoshoots. After they chat and find the place to take photos, Nikola and his subjects concisely engage in silence. “I don’t direct them anymore, but we look at one another through these screens. And after a little while, people’s emotions start to show. They get tired of posing and become more honest.” 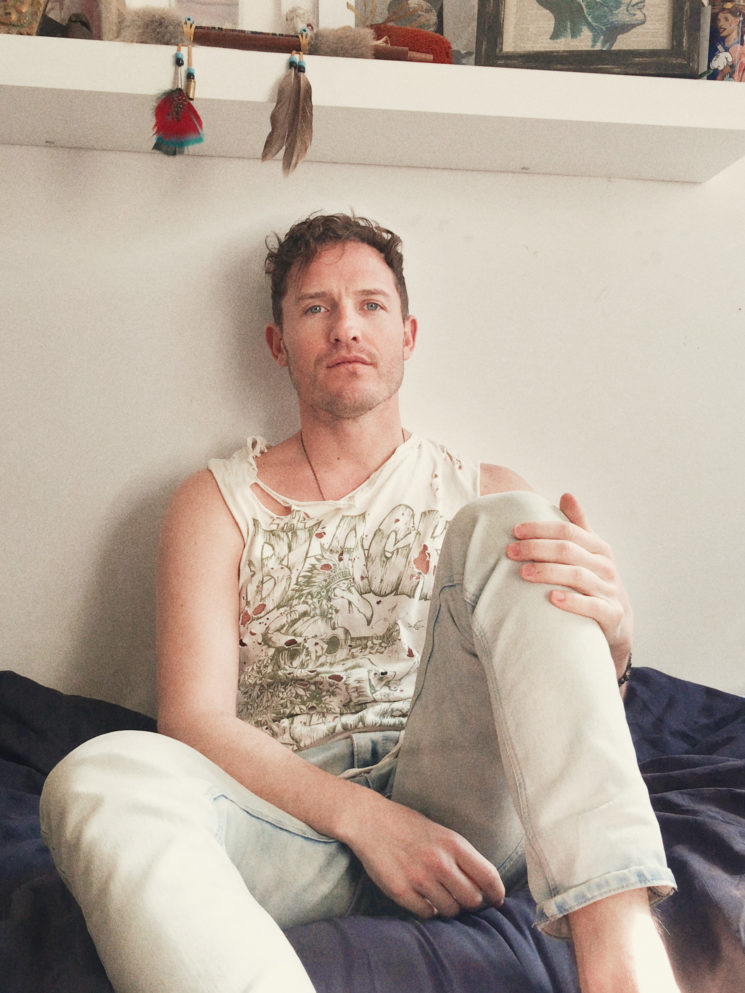 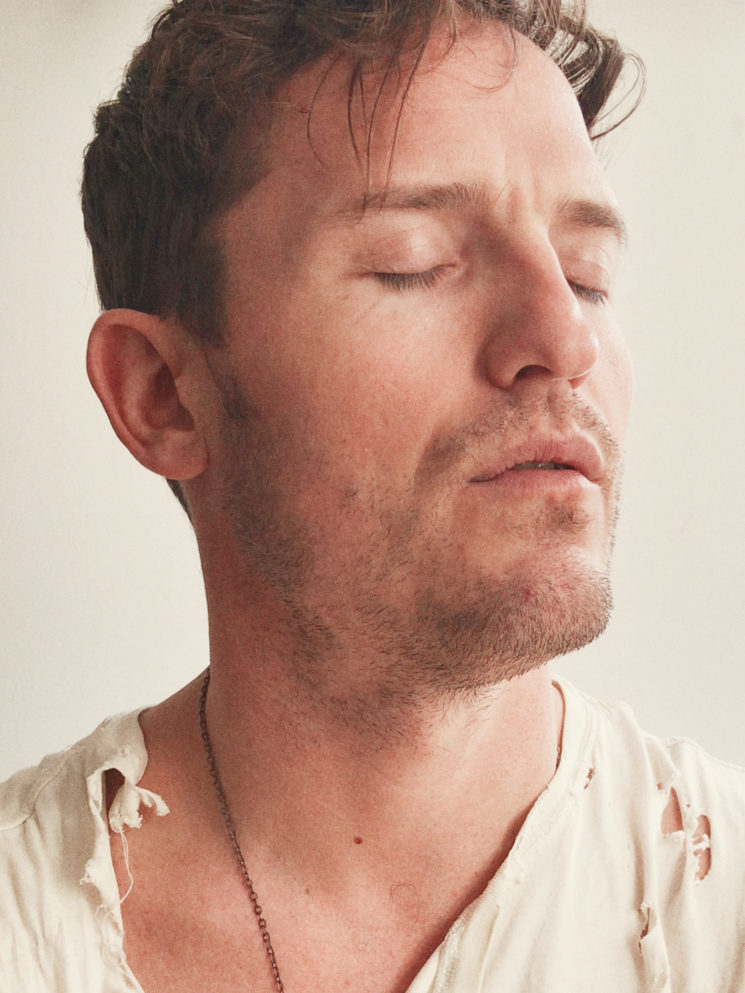 When you look at the photos from Nikola’s project, you’ll notice that there are people from all over the world. So I was wondering who they are. Are they models? People he knows in person or has met them online? Or maybe those who saw the project and decided to join? It turns out that there are all sorts.

It started by photographing friends, just to explore possibilities. Since he’s a portrait and fashion photographer, Nikola does have a lot of models among his friends. However, as you’ve realized by now, this project is not about a professional photographer taking portraits of professional models. It goes beyond age, gender, race, ethnicity, weight… The project is about all of us equally, so there are many different people involved in it.

Nikola tells me that it’s always difficult to find someone to break the ice. But as more people are hearing about the project, more of them want to be a part of it. 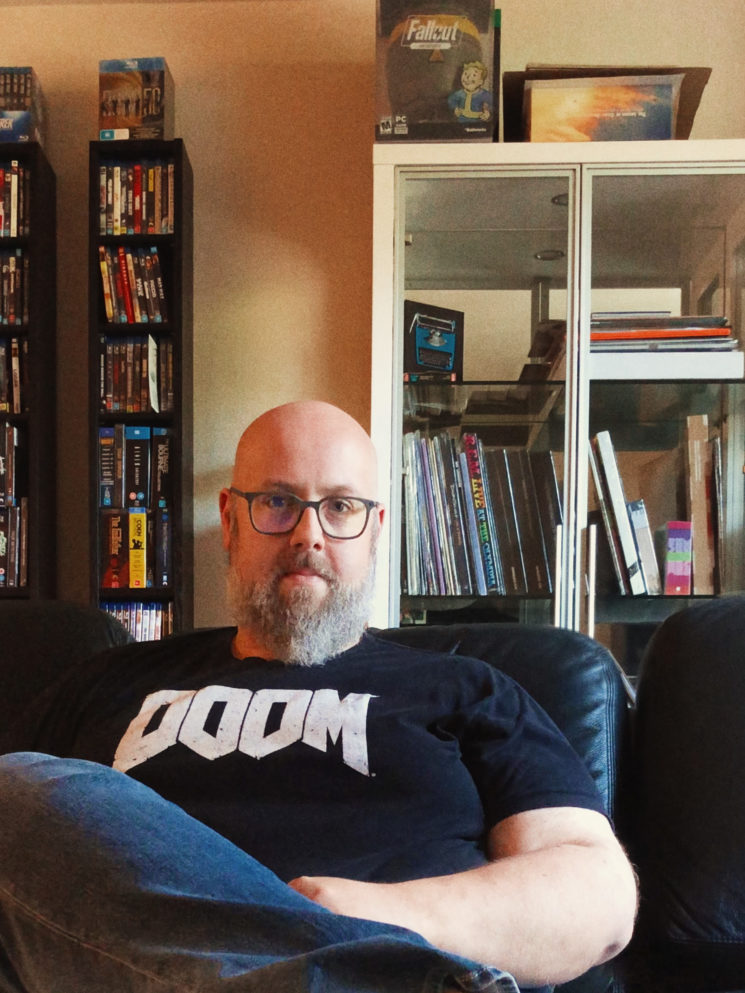 As I mentioned, all of us have our own ways of coping with the current situation. For Nikola, this project is certainly one of them, but it looks like it has also had a positive effect on the people he photographed.

As far as Nikola is concerned, these photoshoots keep him busy, happy and creative. The project helps him deal with the situation and keeps him connected with people.

What’s also interesting is that the project makes him talk to strangers as if they were friends. It looks like this whole situation and these shoots really help people to open up. “Would we ever talk like this if we met in a bar in real life?” Nikola wonders. Maybe not, but it seems like this situation is bringing us all together and making us closer to each other.

Nikola got some messages from people he photographed only a day before we chatted about the project. They were telling him how beneficial the shoot was for them as well. For instance, he’d photographed a couple from Manhattan, and they told him how happy and touched they were to have the portraits. Their anniversary was on 2 April, and it meant a lot to them that they had someone who was there to witness what they were going through emotionally.

As I mentioned, Nikola’s project is still ongoing, as it appears that we’ll spend some more time in isolation. You can follow the project and see more of Nikola’s work on his website, where you can also reach out to him if you’d like to participate. You can also follow Nikola on Instagram and Twitter. 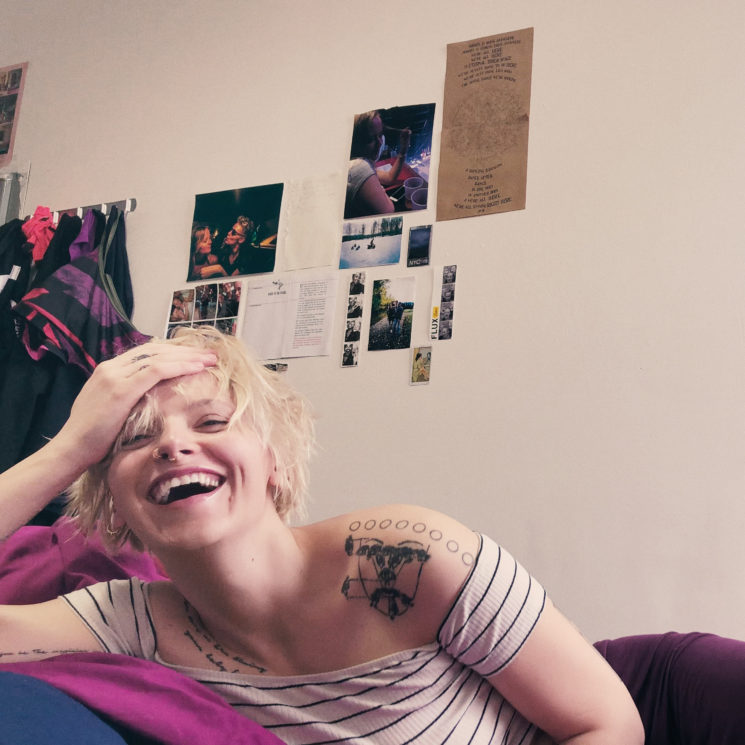 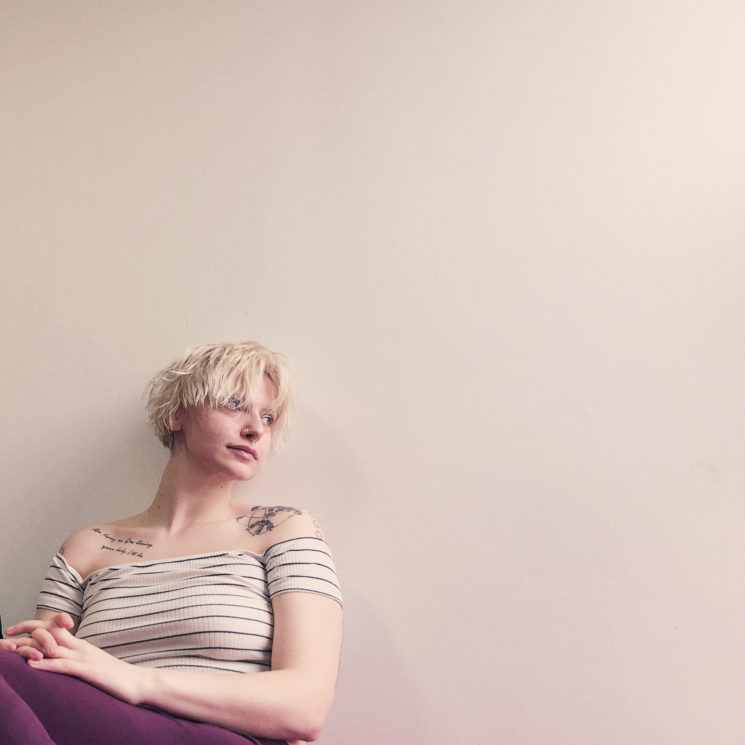 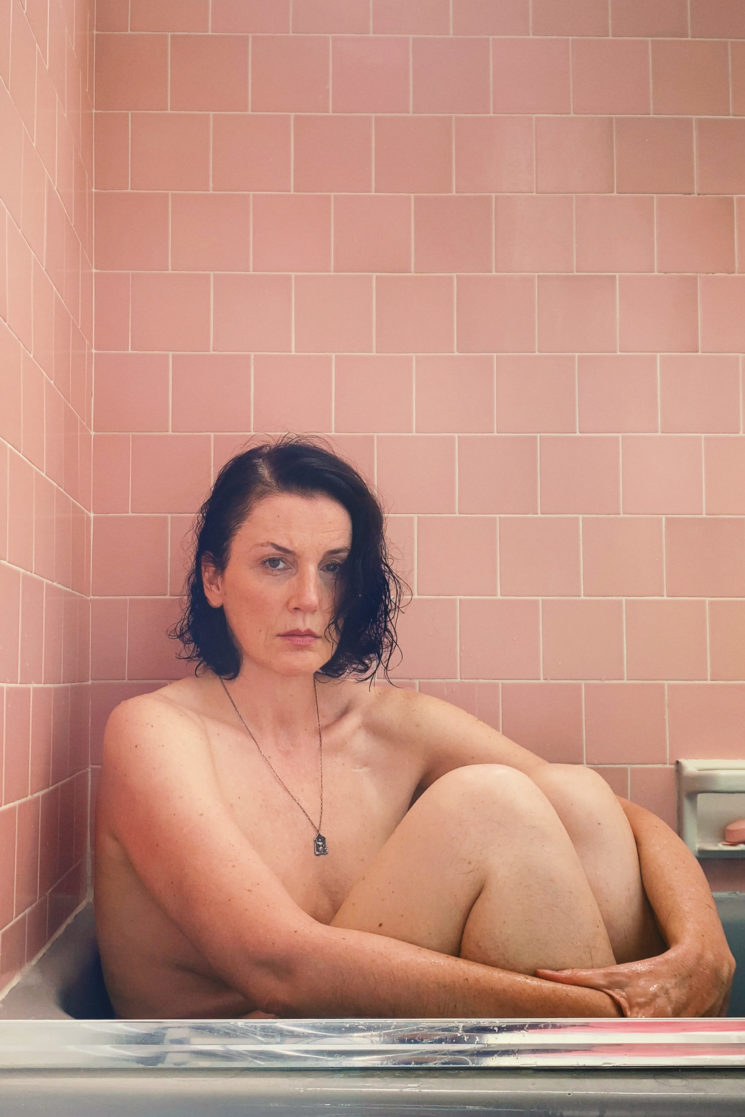 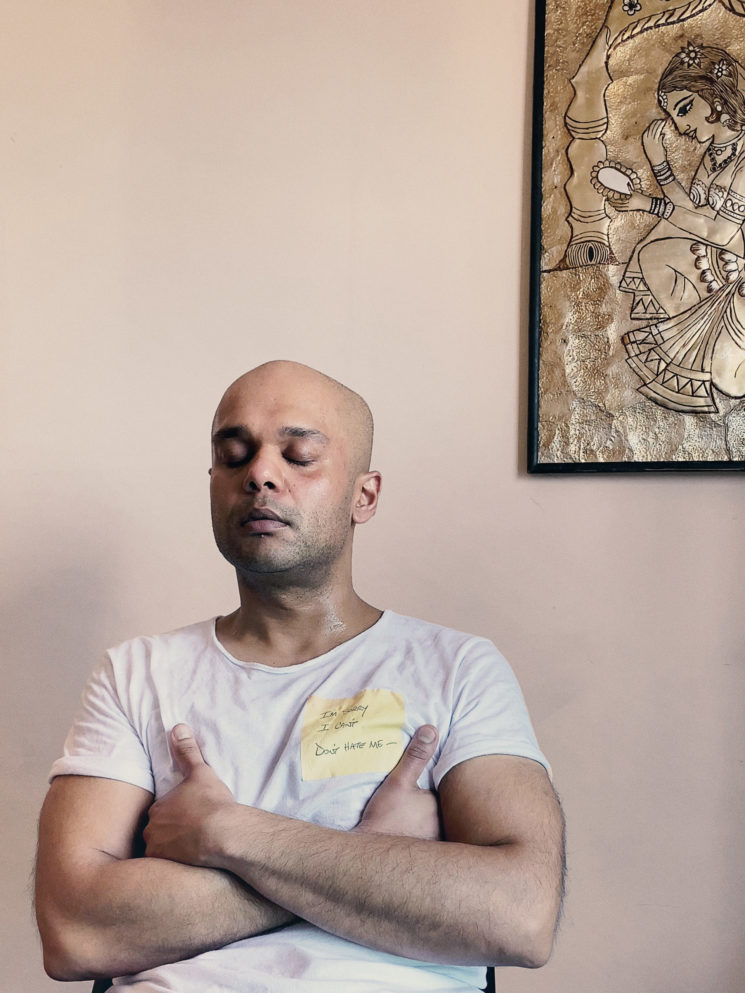 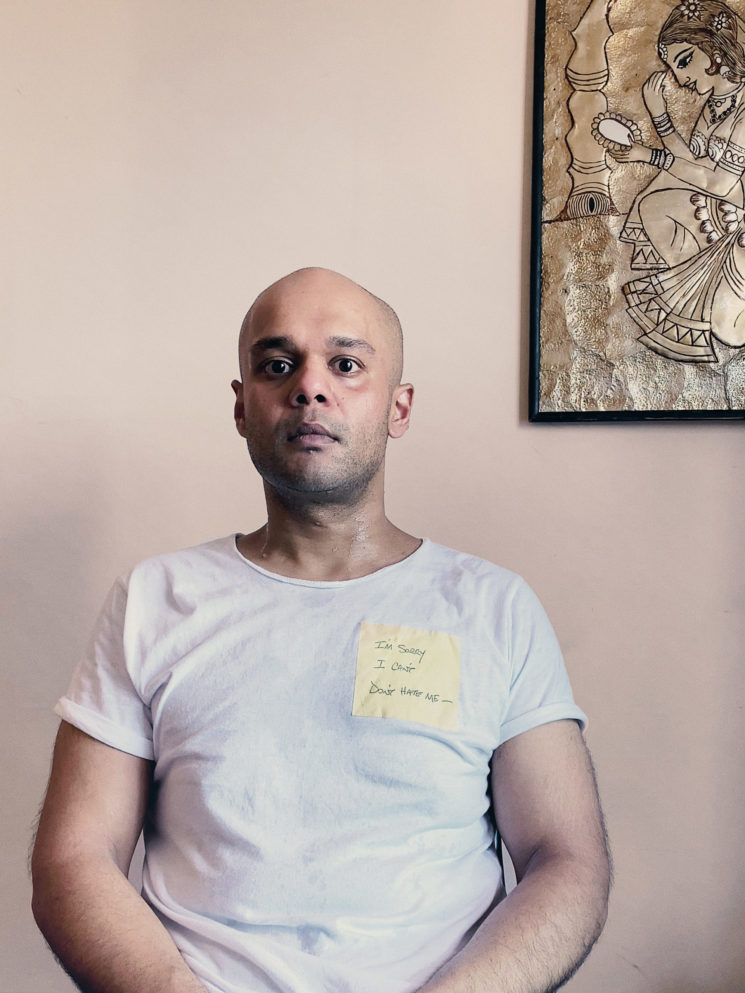 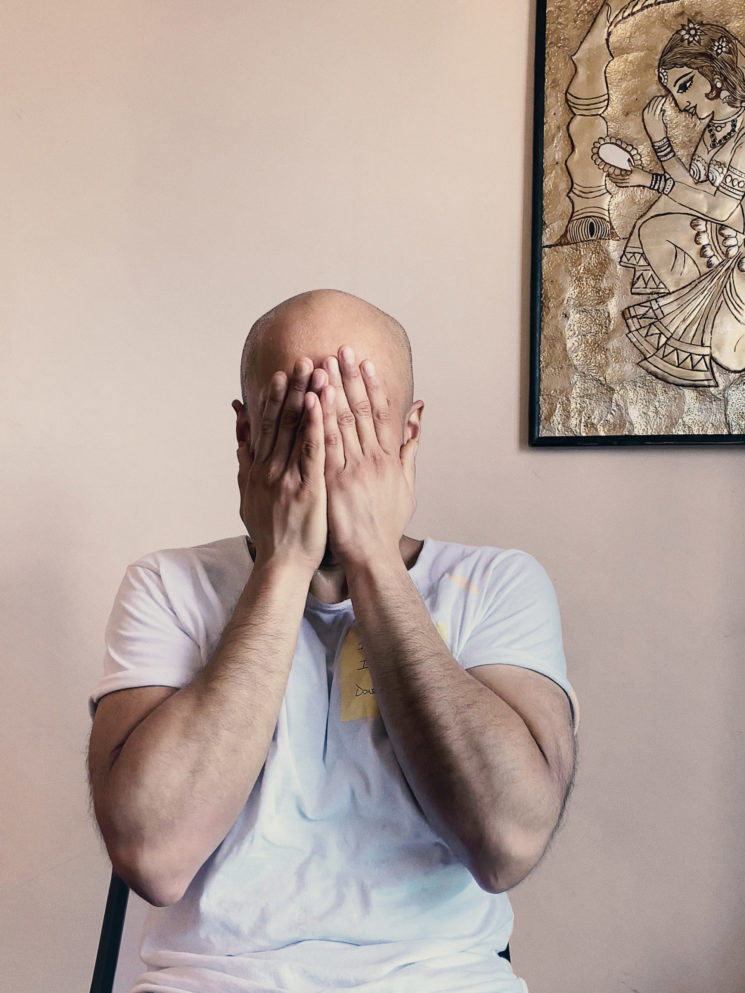 11 more things photographers can do during coronavirus lockdown

« How to light and shoot portraits of yourself or your family in your home
Blackmagic’s Atem Mini Pro offers split-screen preview, native live streaming and direct recording to SSD »