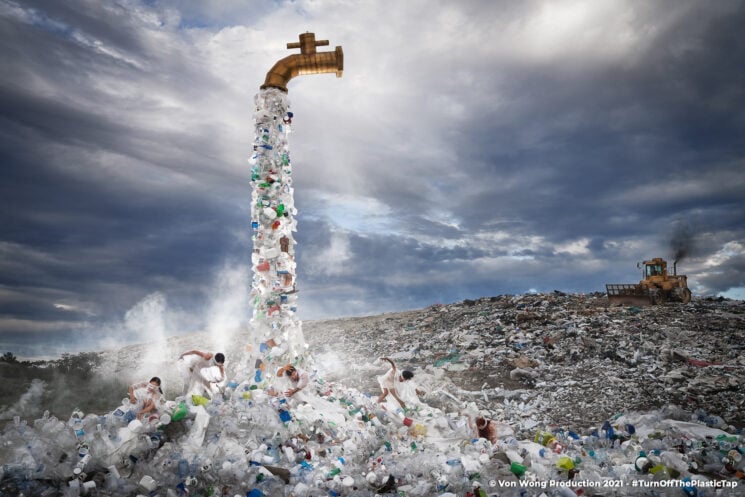 Benjamin (Ben) Von Wong is more than a photographer. He’s also an adventurer, a conceptual artist, and an activist who uses his work to raise awareness of many important issues. One of them is certainly plastic waste, and Ben has already reflected on it in his previous projects.

Sadly, with the pandemic, single-use plastic waste has increased by up to 300%. Saying that it’s alarming is an understatement, and as always, Ben wanted to draw our attention to the issue by using photography, a massive installation, and a call to action. And this time, there’s also a contest for you to enter!

Ben always comes up with crazy, large-scale ideas and it may not be easy to find a partner to support them. But this time, the Embassy of Canada in France accepted his proposal to build an art installation to raise awareness for plastics. “This was my chance to create more than a piece of art,” Ben explains. “It was my chance to create a symbol inviting the world to #TurnOffThePlasticTap.”

As usual, the installation was made from stuff that would otherwise just become trash. The tap itself was built from used ventilation ducts that Ben and his team scavenged from a building that was about to be demolished. A local fabrication shop called Gaufab Inc then cut it, painted it, and adapted it to fit a manual forklift. 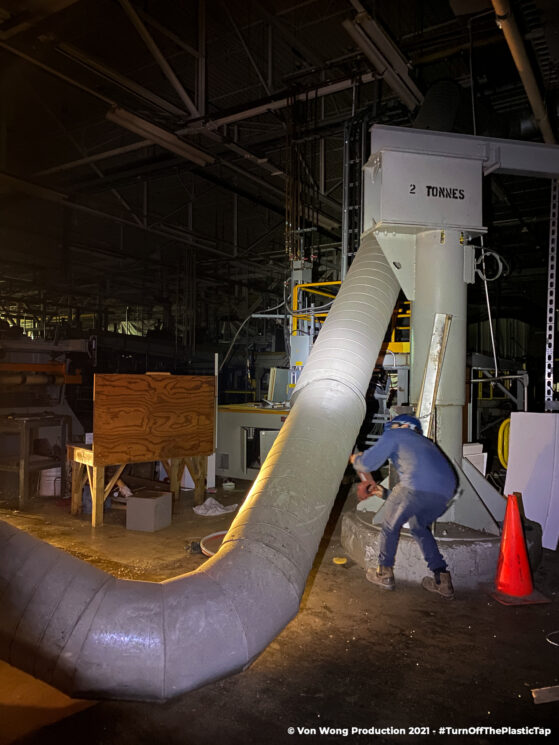 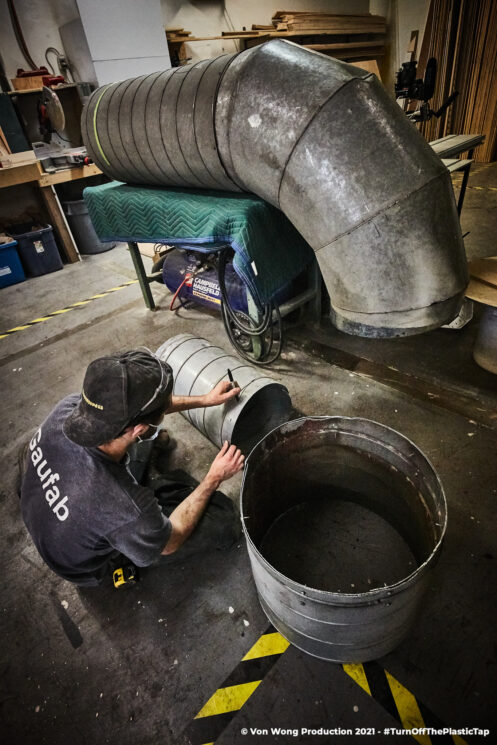 Then, it was time to create the plastic “water” coming out of the tap. Ben worked together with his dad, and they turned plastic bottles into rope. “My dad helped me build a small tool out of wood, and a razor blade with the help of a youtube video that we found online after my friend and fellow artist Aurora Robson recommended it to us,” Ben tells DIYP. “She told us that PET plastics could hold a ton of weight if we kept them thick enough. She wasn’t wrong!”

And now for another painstaking part: each piece of plastic had to be sorted, poked, and threaded together. Thanks to dozens of volunteers, it didn’t take a whole eternity to do it. It took over a week for the preparation, and they ended up with a gigantic, three-stories tall installation. 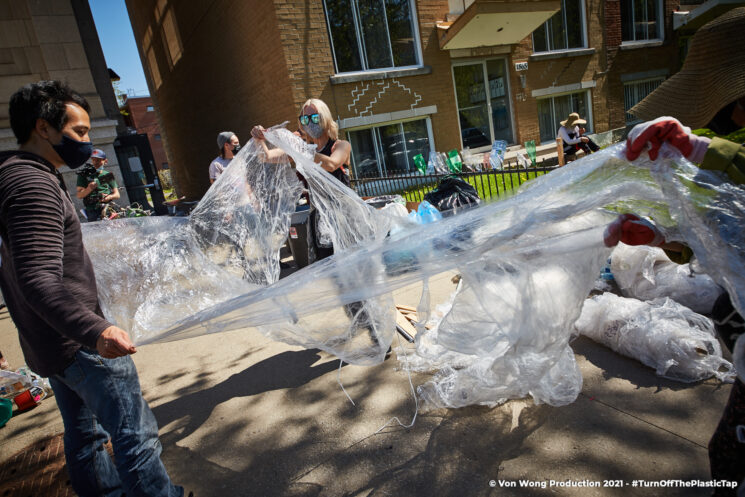 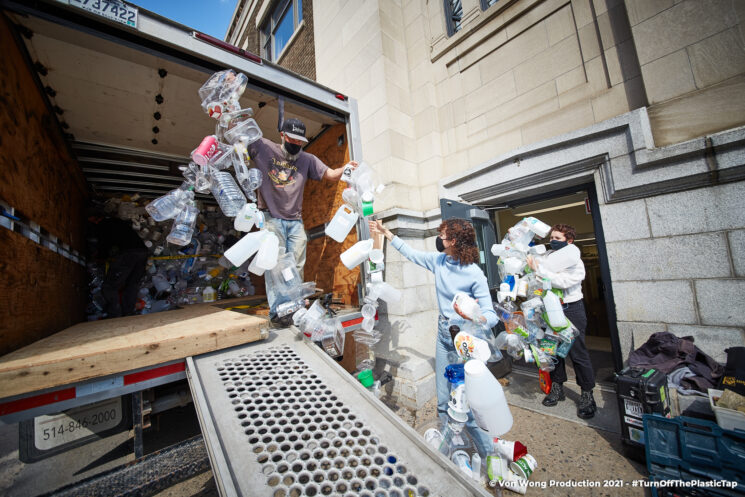 First, Ben and the crew organized and prepared the plastics at the headquarters of YAM, a local community organization dedicated to protecting the environment. When everything was sorted, they could easily set up and tear down the installation within a single day. This allowed Ben and his team to photograph it in multiple locations.

Since the installation was so tall, Ben used an interesting solution to light it up. “The cheapest and most efficient way to light up our faucet was using mirrors provided by our volunteers,” he explains. And to diffuse the light and add a sense of magic on location, they used a simple bee smoker loaded with organic hay: it’s more environmentally friendly than running a generator, and that’s definitely in sync with the whole concept of Ben’s installation.

Since each photo has people in it, Ben needed something to light them too. Volunteers stepped in once again and brought whatever lighting they had. “We used everything from speedlights to Godox strobes to top-of-the-line Broncolor move packs,” Ben explains. “We ended up frankensteining three triggers one on top of the other to trigger all of our lights!”

It would take five hours for Ben and the team to set up the faucet, and two hours to capture the perfect shot. They scavenged some single-use boat tarps to hide the forklift since they couldn’t be recycled. Using upcycled wood, they also built a small foundation to place under the forklift.

“Over 2/3rds of the world’s plastics end up in landfills like this one. Finding access to a landfill was a challenge, but we managed to find a local family-owned company called Groupe Bellemare to help us out. They recycle 75% of the waste they receive into new products, with the landfill reserved exclusively for materials too hard to recycle.”

As I mentioned, volunteers helped Ben turn his idea into a reality. And not just this one, but each one so far. “Some spent hours helping while others like my parents spent weeks,” Ben says. “One thing is for sure, this project would never have happened without the help of so many rockstars.” If you want to participate in a future project, feel free to drop Ben a line.

This project comes with a tempting competition with a $10,000 prize pool. You can create a remix of the Giant Plastic Tap between the 4th of October and the 4th of November, and you’ll find all the instructions here. If you want to help spread awareness, head over here to see how you can help.

You’ll find more of Ben’s work on his website, Facebook, and Instagram. Take a look at more photos below, and find out more about the project on Ben’s blog. 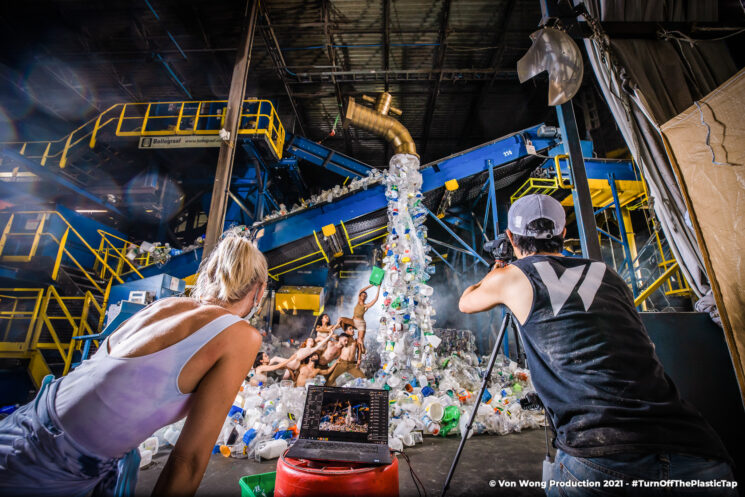 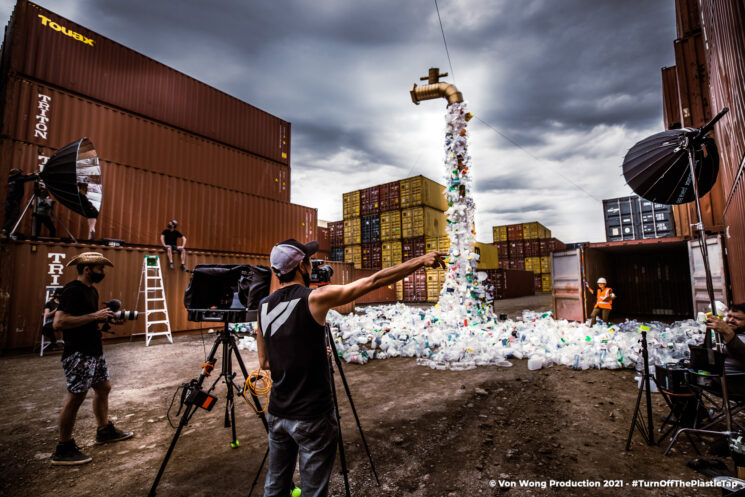 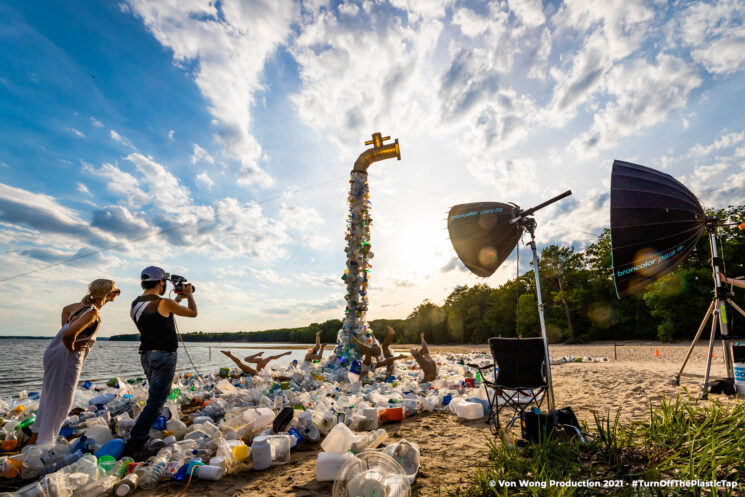 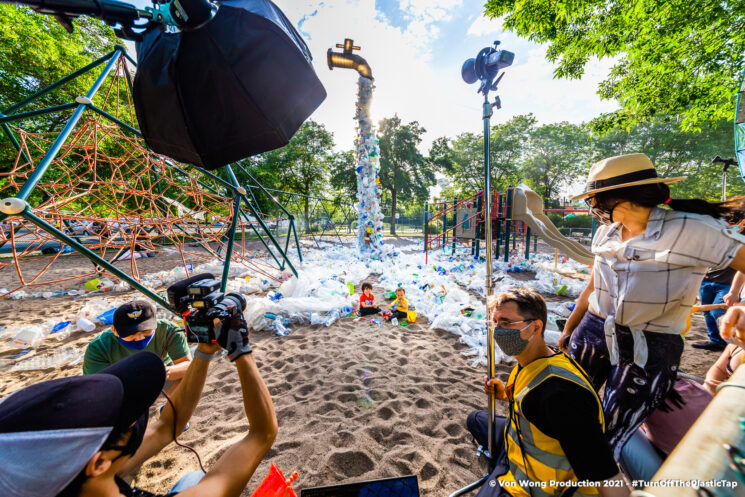 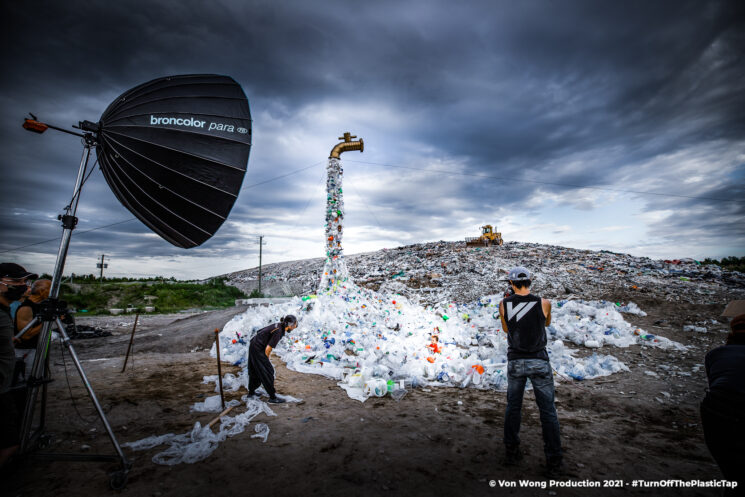 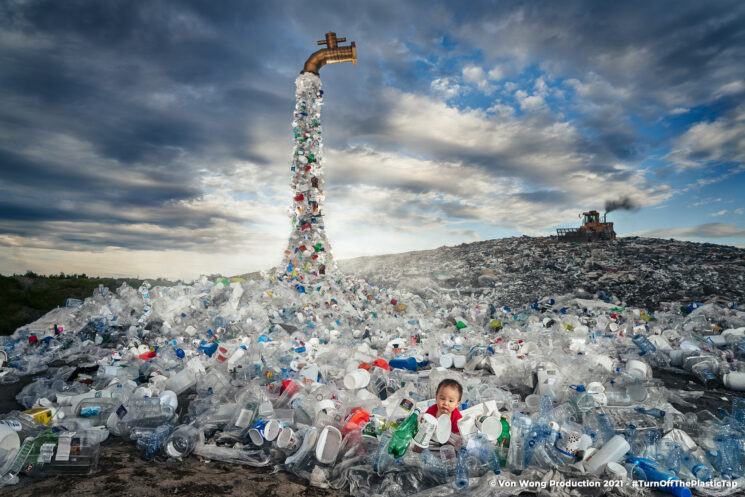 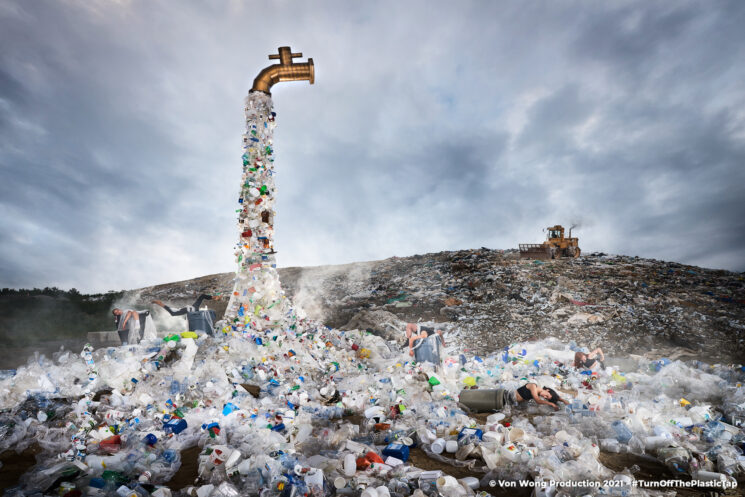 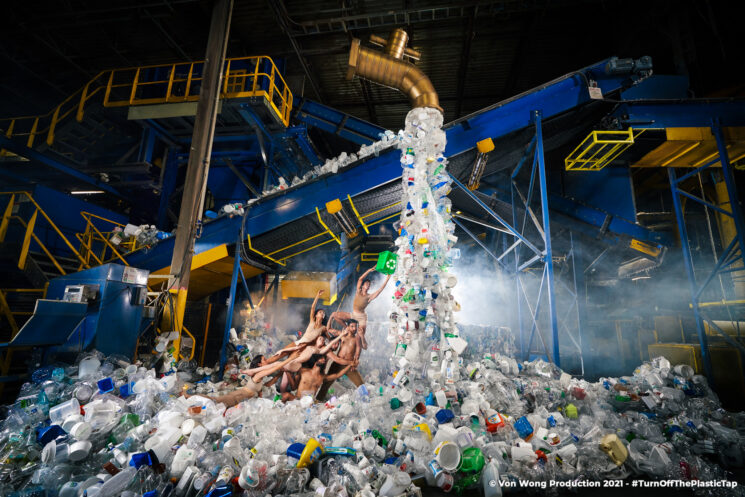 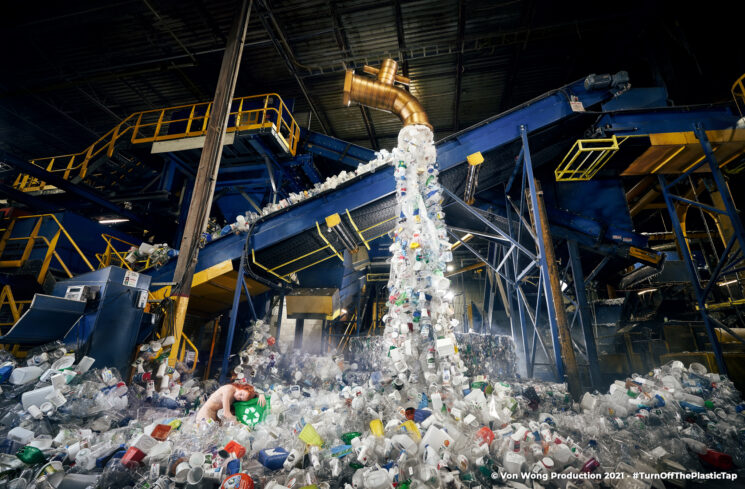 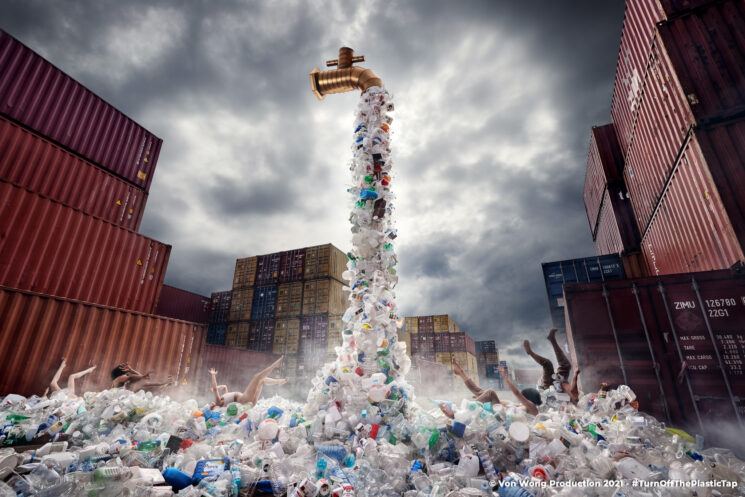 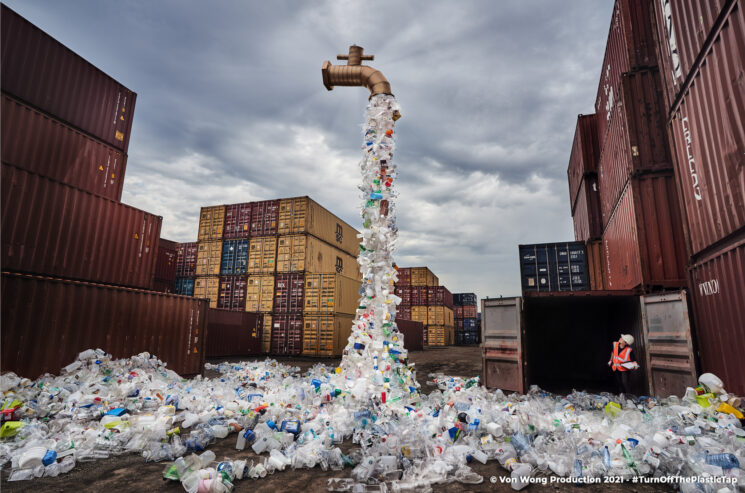 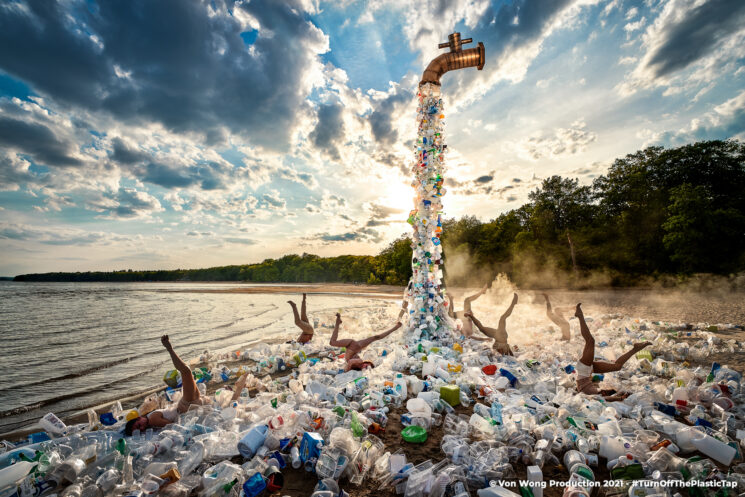 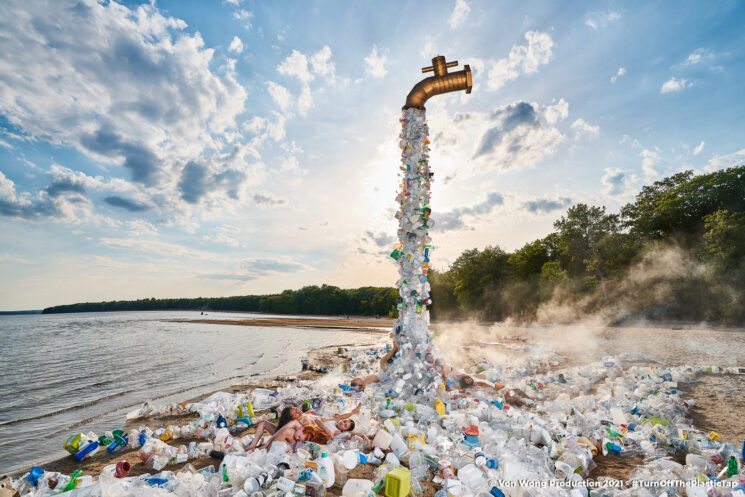 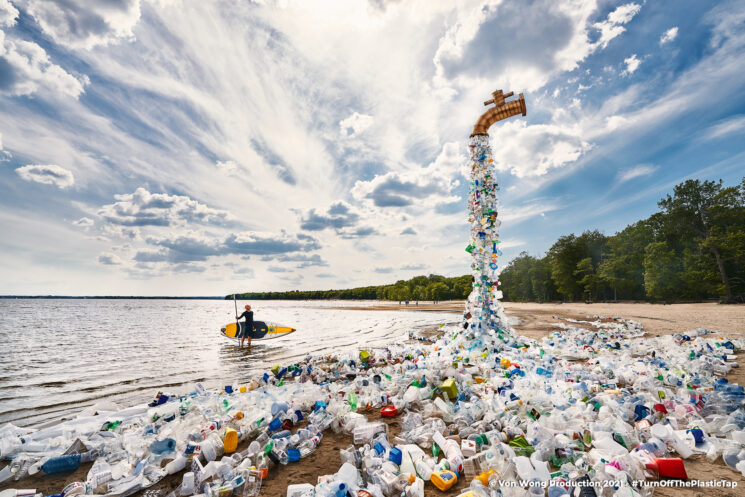 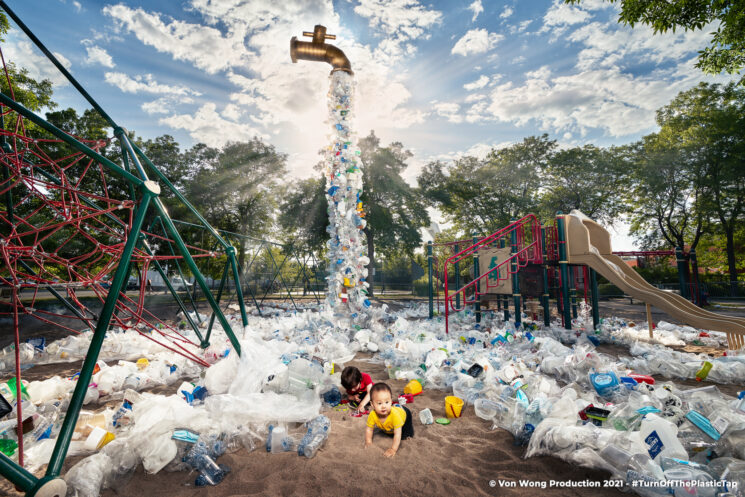 Creative photo series highlights the problem of plastic in our environment