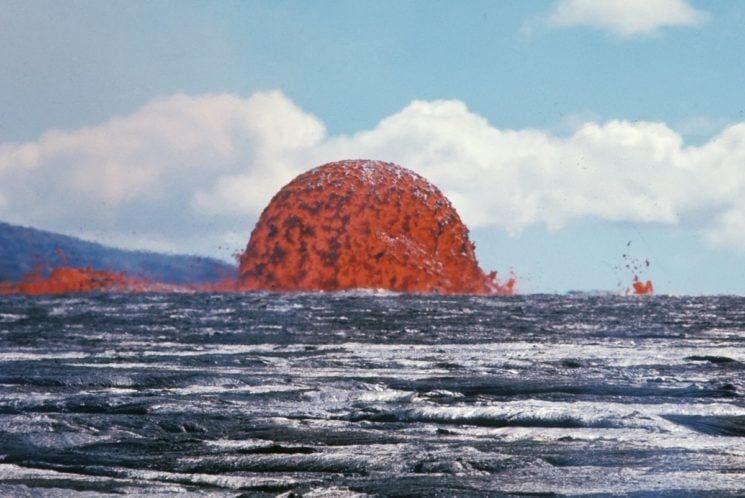 Volcano eruptions are impressive and photogenic, as we’ve seen many times before. But a very unusual and spectacular photo was recently shared on United States Geological Survey’s Twitter page. It shows a lava dome rising up to 65 feet (20m), and it looks like a scene from a sci-fi movie.

Dome fountain of episode 10, October 10–13, 1969, eruption of Kilauea Volcano. This dome fountain is about 20 m (65 ft) high. Symmetrical dome fountains such as this are rare. #Tbt #HI @Volcanoes_NPS pic.twitter.com/sKSQaVINKs

As USGS writes, this photo shows an eruption of Kilauea Volcano in Hawaii and it was captured between 10 and 13 October 1969. The amazing “fireball” we see is a formation called “dome fountain.” According to USGS, symmetrical dome fountains like this are rare. This particular one is 65 feet (20m) high, but according to another photo on USGS’s website, it’s possible that it reached as much as 245 feet (75m). To compare, it’s approximately like a 22-story building. 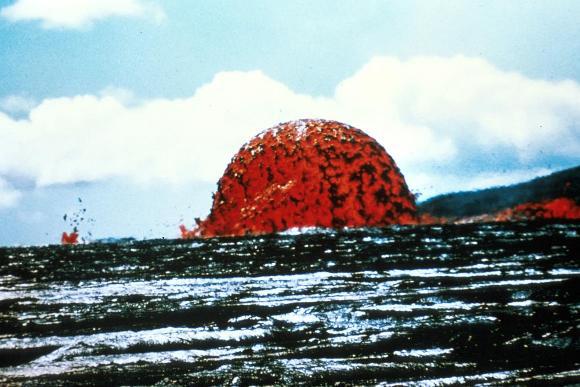 Many people (including myself) were wondering why there is no steam in the photo because it looks like the volcano is surrounded by water. However, the foreground isn’t water, but cooled lava.