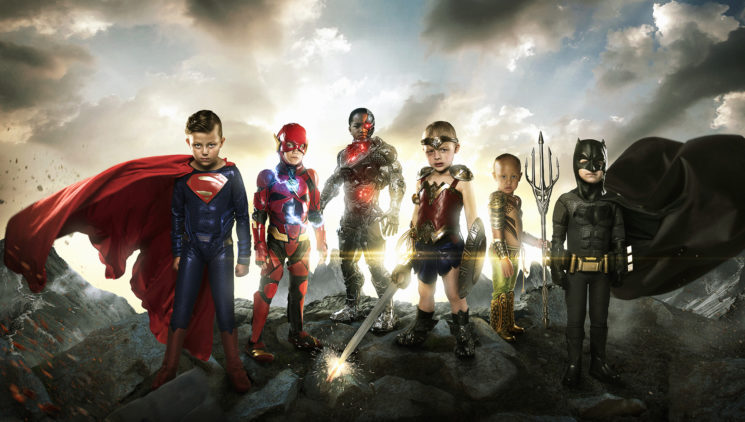 It’s a dream for many kids to be their favourite super hero. Or to at least have their super abilities. Photographer Josh Rossi, however, believes that some already do. Along with his wife Roxana, and designer, Julie Whiteley, he set about finding them to photograph them. And find them they did. To use Josh’s words, these kids “have been through hell and back and have real superhuman strength”.

After turning his 3 year old daughter into Wonder Woman last halloween, Josh decided that an epic super hero photo shoot was the way to go. His subjects were a group of children that live with some form of disability. The goal was to show off their inner strength in a way that would inspire others struggling with similar issues.

The whole idea was to take the things that are weaknesses for the kids such as cancer and other diseases and turn them into strengths.

We also printed the images huge for each child and did a special reveal. It was amazing seeing the excitement on their faces!

Josh’s wife, Roxana spent weeks searching to find the right children for the project. Six children were chosen for the final shoot, and each has their own special story. Each print reveal was captured on video, and is linked below each image below.

The first to be chosen was Kayden, a 5 year old who has been a double amputee for most of his life. He was born with a condition called omphalocele. This caused his internal organs to grow externally though his naval. He became a natural fit as Cyborg, whose father kept him alive by giving him robotic parts to replace his limbs. 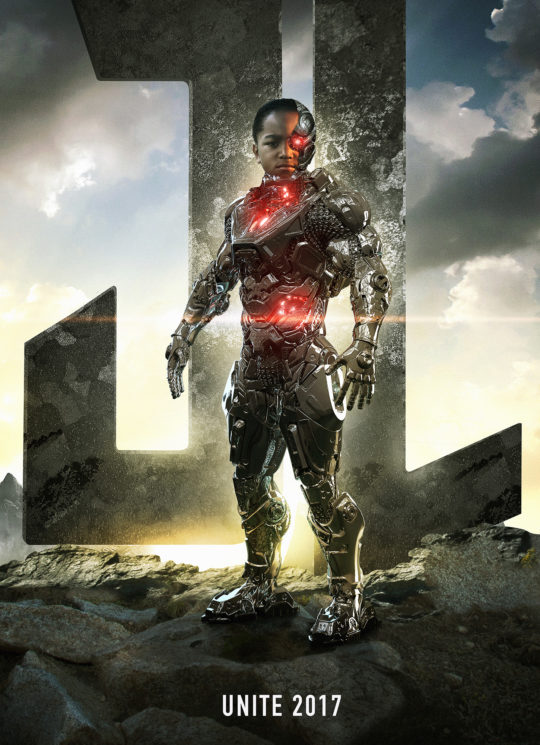 Each of the kids was also surprised with a large print after the photo shoot. If you want to help Kayden, you can visit his Facebook page, or buy his book here, which helps to pay for his medical bills.

The second member of the Justice League is Sofie. Sofie was diagnosed with Embryonal Rhabdomyosarcoma, a rare form of cancer, at only three years old. Her dream was always to have long hair, but has lost all of it as a result of cancer treatment. Despite having just finished radiation therapy a few days before the shoot, she was strong and fierce. The perfect Wonder Woman. 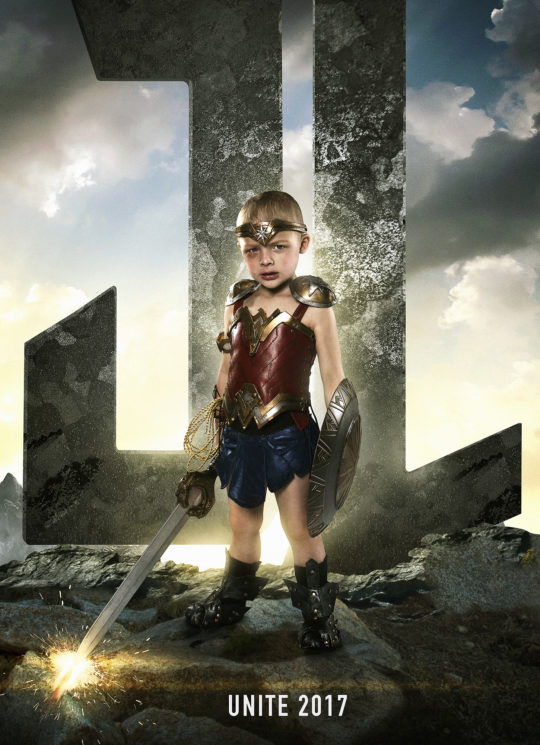 If you want to find out more and help Sofie, please visit her GoFundMe page here.

Next up, is Teagan, born with only half a heart; A condition known as Hypoplastic Left Heart Syndrome (HLHS). He has had several surgeries, including three open heart. He wears an oxygen mask day and night. Two years ago he was taken to Philadelphia for a life saving procedure after waiting over a year for a heart transplant. Naturally, he is the man of steel. 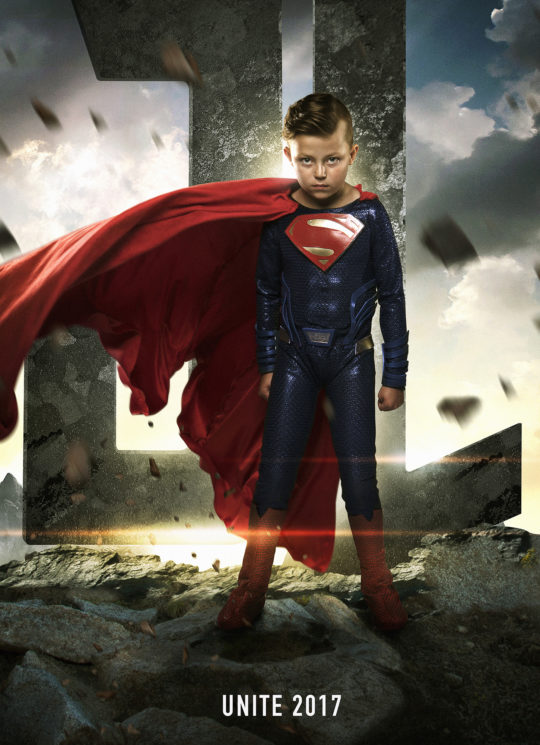 You can find out more about Teagan on his Facebook page.

The fourth member of the League is 2 year old Mataese Manuma. Diagnosed with a rare form of cancer called acute megakaryoblastic leukemia (AMKL). His photo shoot day began by waking up with a fever having recently finished a round of chemo. Mataese’s brother helped him out with some of the poses, as he was so weak. Several shots were stitched together to produce the final piece, but he makes a perfect Aquaman. 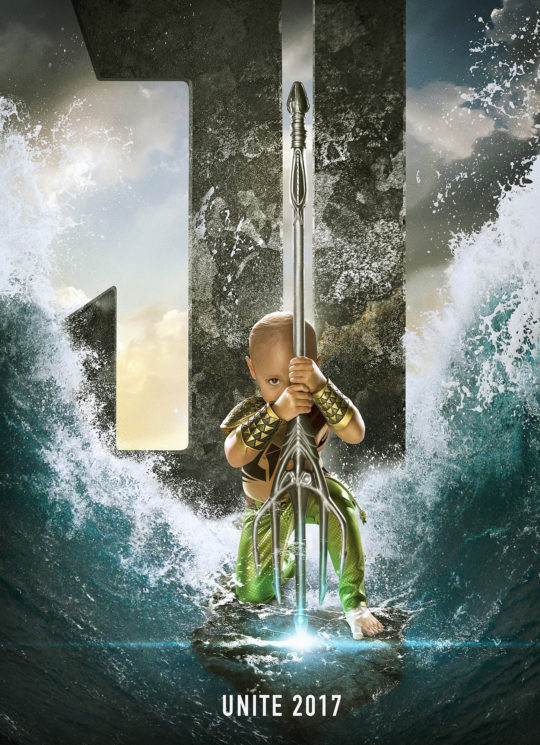 You can find out more about Mataese and support him through his GoFundMe page.

The fifth member is another natural fit. 7 year old Zaiden has severe ADHD. He has endless amounts of energy and all he wants to do is run. It caused his school and personal relationships to suffer. Running was both his strength and his weakness. So, of course, he is The Flash. 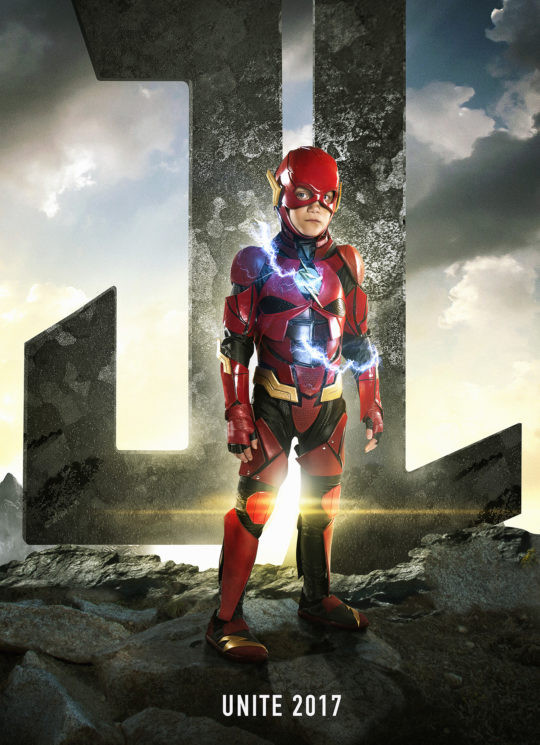 He kept surprisingly still in response to his photo reveal.

And finally, who doesn’t want to be able to say “I’m batman”? Well, the 6th member of the League, gets to do exactly that. Five year old Simon was diagnosed with a rare form of nerve cancer called Neuroblastoma. His mother says he’s a strong kid who “never complains”. And like many of us, he loves Batman and Bruce Wayne. 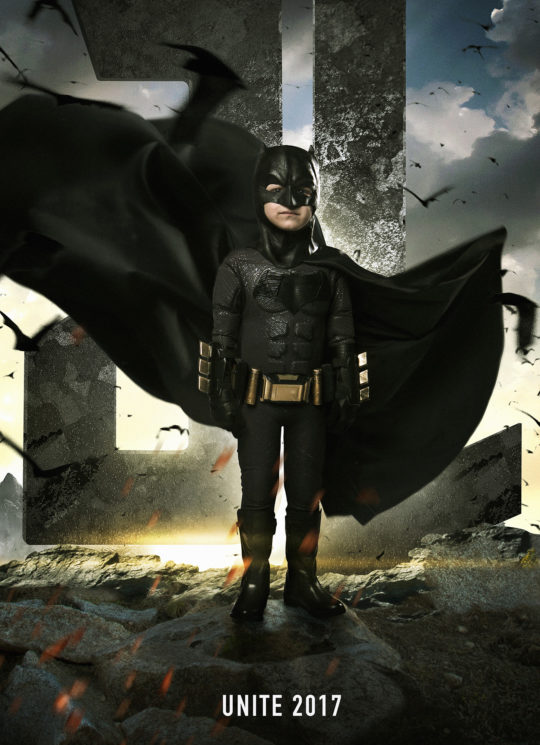 You can find out more about Simon and support him here.

When they all come together, they are The Justice League.

Such an awesome project, which must have meant the world to each of these six kids and their families. The images created will surely help to inspire many others tackling their own issues.

As well as the incredible children, Josh had a great time helping. Josh told DIYP that he had movie accurate costumes made for each of the characters. In total this normally would have cost over $10,000. But thanks to some generous donors, each of the costumes was donated for the project.

You can find out more about Josh on his website, and read more about these incredible kids here.