Sometimes photography is all about making a change. It does not have to be a big one, sometimes making a small dent in the universe is enough and this is exactly what photographer Benjamin Von Wong did earlier this year when he engaged with chronically ill Tyler Grace for his 21St birthday.

Ben’s plans were to spend some time with the cheap camera digital rev challenge took a turn when he was contacted by Tyler’s sister telling him that there is nothing more in the world Tyler would like more than to meet Ben. 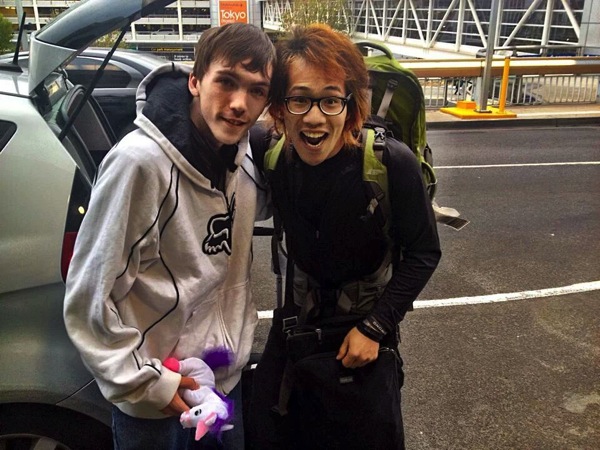 I didn’t want to just show up at his house and grab a coffee with him, I wanted to do something memorable for him and together we began to discuss what Tyler was physically able to do and what he might enjoy doing; A photoshoot at a lake depicting his struggles in life and relationship with his sister, a canoe trip (he hadn’t been on a canoe since he was 8!), a rodeo (never been to one, and he’s Australian!), the Von Wong conference (where he would be invited to share his story) and last but not least the chance to be on the set of an actual “Epic Von Wong photoshoot” in an abandoned brickworks with models, hair and makeup where he would be invited to take shots of his own. Parallel to all this, I was hoping to have some way of documenting the adventure as I thought it would make a great memory

Tyler shares his view of the meet up, but you really have to see his face in the video: 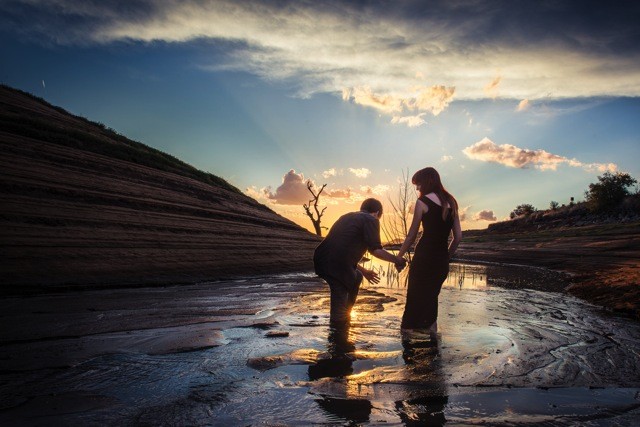 And indeed the adventure was worthwhile, not only for the great photography but also for what you do with it. I think Ben sums it up pretty well:

For the longest time I’ve been wanting to do a project with the Make a Wish foundation – the idea of a terminal child getting their wish granted just seemed like something extremely beautiful to capture but unfortunately things just never quite panned out. When the email from Bianca came through, it seemed like too beautiful of a project to pass on by. I think it is projects like these that truly give meaning to what we do as creatives. What use is all the fame and popularity that is accumulated over a lifetime if it can’t be put to use and change the world for the better? The projects for a terminal lady last September, my Eliza fundraising video that raised over a million dollars, and now this one are some of my proudest accomplishments. This photo of Tyler and his sister struggling through the mud towards a better and brighter future is something I think all of us can relate to in some way, shape or form. We all go through hardship, pain and suffering at some point in our life and if there is some way we can reach out and help at little or no cost… should we not try?

To read the entire story head over to Ben’s blog, or to Tyler’s blog documenting the experience from his side.

« Disappointed With Your D600? Nikon Will Replace It To A New D610 For Free
The Last Of Us: A Video Game That Lets Players Become Photographers »