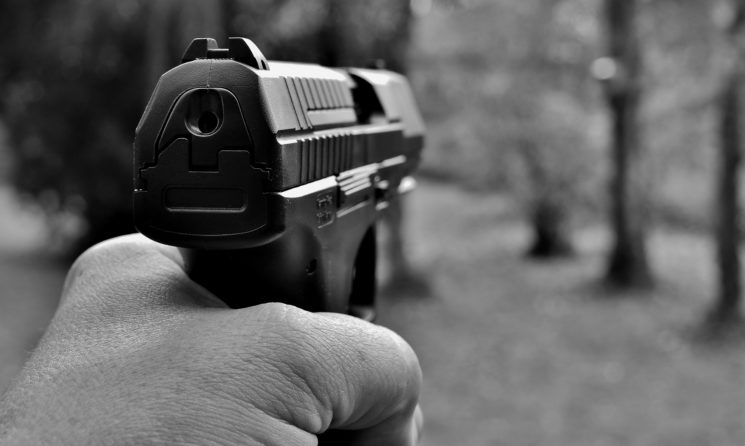 Earlier this year, New Carlisle News photographer Andy Grimm was shot because of his camera. Clark County deputy Jake Shaw confused Grimm’s camera and tripod for a gun and reportedly shot him without warning. The photographer has now decided to file a lawsuit against Shaw, seeking over $75,000 in damages.

The shooting happened when Grimm encountered a traffic stop and pulled over to take photos. Reports say that Deputy Shaw confused the camera and tripod for a gun, and shot Grimm twice without warning. One bullet struck him in the chest, and the other grazed his shoulder. A few days after the shooting, the bodycam footage was published. Here you can hear the conversation and confirm that, indeed, there was no warning from Shaw before he pulled the trigger.

After the shooting, Grimm was rushed to Miami hospital for surgery. He had high chances of reaching full recovery, but his camera didn’t make it. As reported before, Grimm and Shaw know each other. You can also assume it from the conversation you can hear in the bodycam video.

After the incident, Grimm confirmed that he knew Shaw. He called the shooting “misunderstanding” and said he didn’t want Shaw to lose his job over it. However, he has eventually decided to sue him, along with the city of New Carlisle and the county Board of Commissioners.

The lawsuit lists Andy Grimm, his wife Melanie Grimm and KBA News as plaintiffs. As the lawsuit reads, KBA News is known as the New Carlisle News, and Grimm and his family are the owners.

The lawsuit includes the violation of the Fourth and/or Fourteenth Amendment, common law assault and battery, emotional distress, loss of consortium, lost wages, and intentional interference with contractual relations. These are the claims for relief from the lawsuit:

As FOX 45 reports, the incident didn’t just cause Grimm to miss his time at work and lose wages. The lawsuit also states an assortment of symptoms he’s suffered as a consequence of the shooting: “headaches, shaking, anxiety, difficulty sleeping, and lowered self-confidence, as well as feeling of hopelessness, embarrassment, paranoia, helplessness, confusion, fear, and nervousness.”

Based on all these claims, Grimm seeks over $75,000 in damages, not including interests and costs. You can read the full lawsuit here.