A Texas based photography company is being sued by a couple who rented a photobooth from Premier Photography for their August 2012 wedding. It has recently surfaced that some of the wedding reception attendees who used the photobooth had received prints with the racial slur “Poor N***** Party” printed on the bottom of their photos. Among one of those were the bride’s sister, who among other guests, graciously kept the concern to themselves to allow the bride and groom to enjoy their special day.

However, when the couple became aware of the mishap, they contacted Premier Photography owner, James Evans, seeking an explanation and an apology. The claim the only response they received from the photographer was, “Sue me.“

Premier Photography and their representation have been reluctant to speak to the press about the case due to it’s sensitive nature, but they maintain their innocence, saying there is no way of knowing whether or not one of the wedding party’s guests was responsible for the slur, nor was there any proof or evidence that directly links the photographer and his company to the accusation. 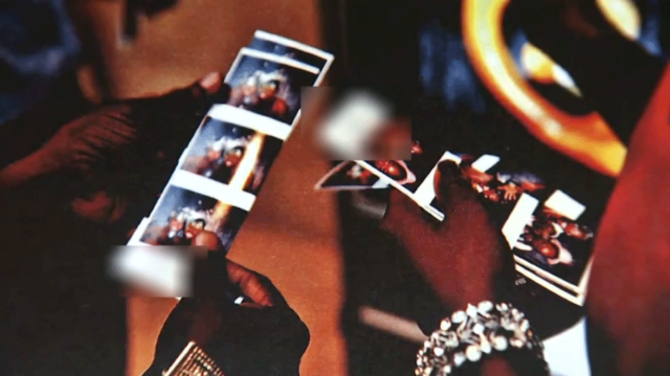 The couple is also accusing the photographer of never delivering a thumb drive containing images from the wedding which both parties had agreed to in their initial contract. Premier Photography offered the couple $450 to settle the matter, but the couple denied the photographer, opting instead to move forward by hiring a lawyer.

The bride and groom are scheduled to sit for a mediation with Premier Photography, but if no agreement can be reached between the two parties, the case is schedule to move to court in July.