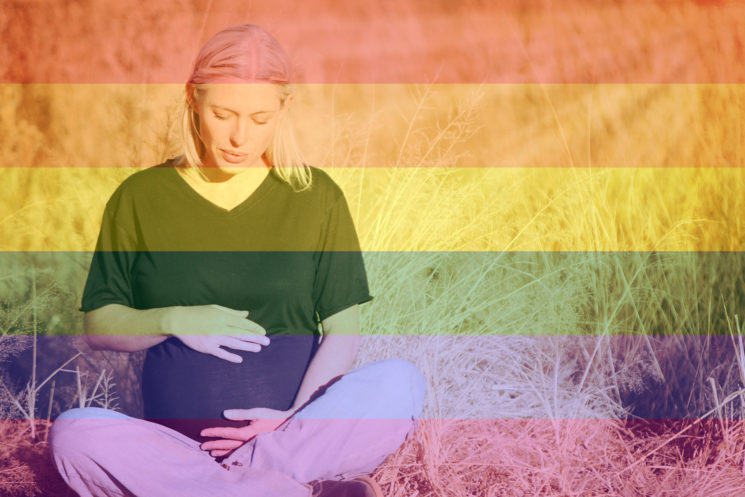 Alabama photographer Faith Grace was recently hired for a maternity photo shoot. But when her client discovered she is gay, she decided to fire her. As if it weren’t enough, Grace received pretty unpleasant text messages from the client, reading that “she doesn’t want her child to be influenced by people like her.”

21-year-old photographer had been hired by a woman named McKenna. She noticed a rainbow flag on Grace’s profile, and sent her a text:

Hi Faith! This is McKenna from last night. I was reaching out to you about maternity photos! I went through your personal Instagram account to get to your photography business account and on your personal pad I saw that you had a pride flag. Are you gay or do you have family that’s gay?

As a response, Grace explained that no one in her family is gay, but she is, which is why there’s the rainbow flag on her Instagram profile. This is when the client decided to immediately cancel the shoot:

I see, OK well don’t worry about the photos then. I don’t want someone who’s gay to take my pictures. It’s just not right. I’m against it and the last thing I need is to allow my 5 year old child to think that being gay is OK/right because I don’t want them to be influenced by people like you. I’m sorry that you think that this lifestyle is OK and acceptable. Take care, Faith.

Shocked by the messages, Grace shared the screenshot on her Twitter profile, pointing out that discrimination still exists and that it needs to stop. As FStoppers writes, the tweet was shared 38,000 times before Grace made her profile private.

Personally, I think this is wrong on so many levels, I don’t even know where to start. The “I don’t want my children to be influenced by gay people” argument especially strikes a nerve. Being gay is not a disease and it’s not contagious. There can be many reasons to fire a photographer from a shoot, but I’m sure their sexual orientation shouldn’t be one of them.

[via FStoppers, the Independent]