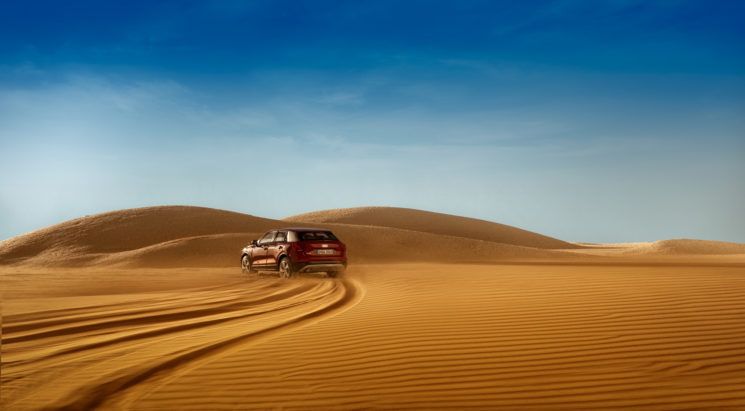 The imagination and skill of photographer Felix Hernandez never ceases to amaze me. When it comes to car photography, he certainly thinks way outside of the box to get the shot. Regularly producing images with miniatures that most people would assume were full size vehicles if they weren’t told otherwise.

In collaboration with Audi Magazine, Felix has been busy building deserts and streets in his studio. All in order to create some stunning images of the Audi Q2. It’s an incredibly meticulous and demanding process. The end results are very much worth the effort, though.

This shoot presented new challenges for Felix, as these models were much smaller scale than he’s used to. Three scenes were created as part of the project, and each required that a set be built to bring Felix’s vision to life. The studio images for the project were created in Felix’s studio in Cancun, Mexico. Then a trip to Dubai was in order to capture the backgrounds. 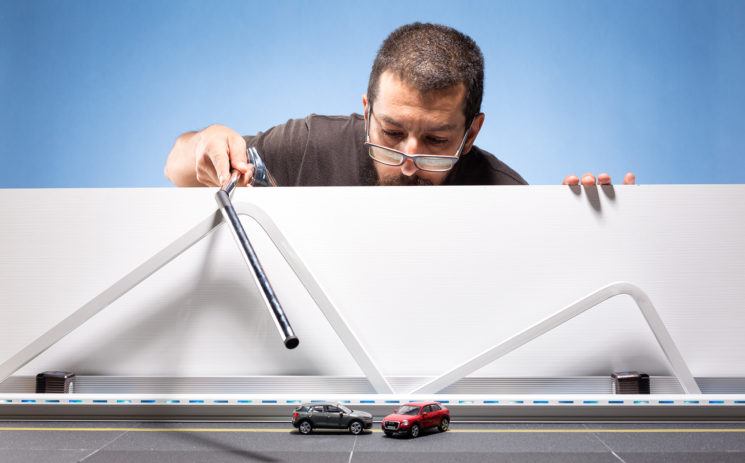 The background elements, barriers and even the road surface itself were all carefully constructed by Felix to achieve the final look. What always amazes me about Felix’s work, and this image is no exception is making things appear as if they were something else. The road surface, for example, is actually sandpaper. But you’d never realise it just from looking at the final shot. 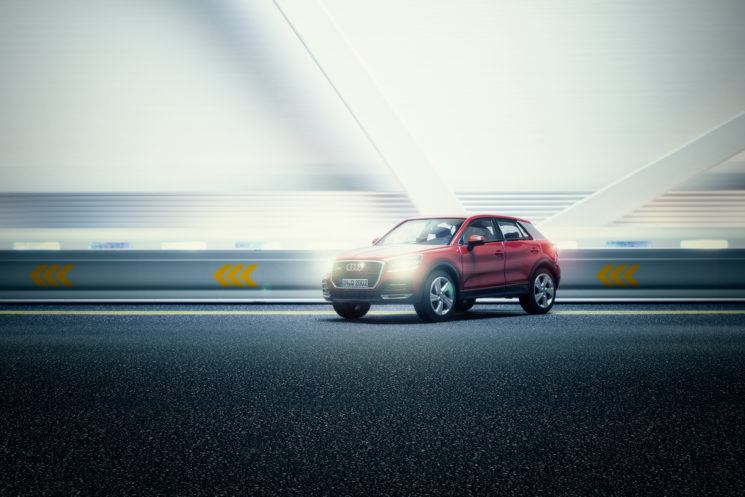 The second set of images are my favourites in this project. Felix mixed Polvo Fino (a fine cement-like powder) with water to create extremely realistic desert sand dunes. 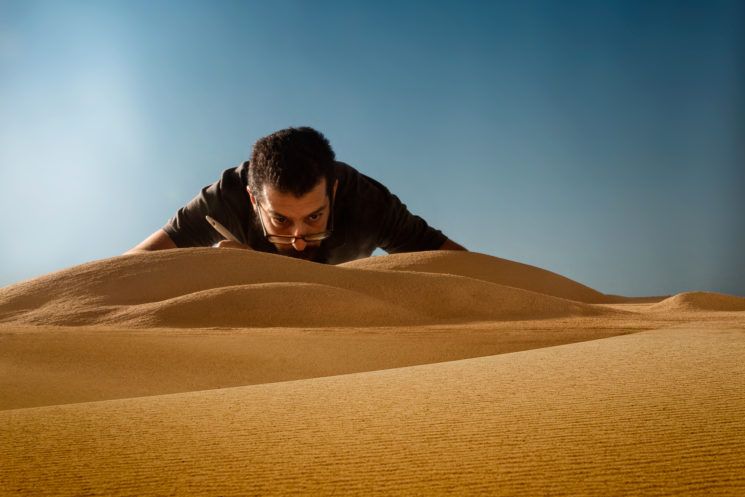 I couldn’t even imagine trying to build sets like these. Just coming up with the idea of reproducing scenes like these in miniature is mind boggling to me. Actually building them takes a level of skill that I simply do not possess.

The final scene in the series composites an image created in the studio, with the Downtown Dubai early morning skyline and iconic canal bridge. 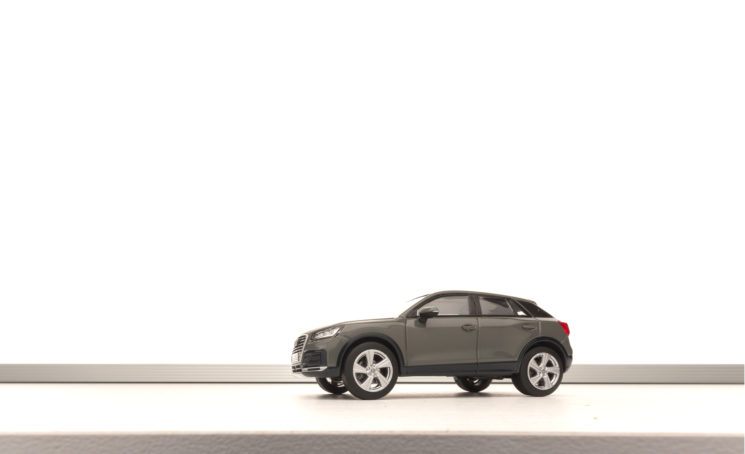 Getting up early has its reward. I think 70 per cent of landscape photography is about being at the right time and place. 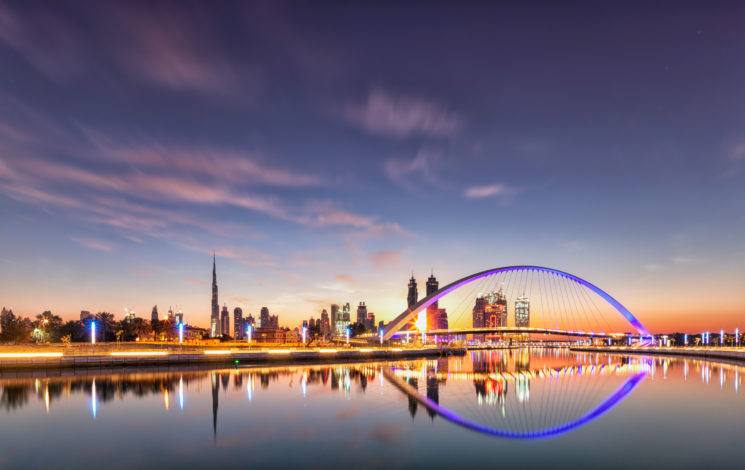 When the two are combined, the final result works beautifully. And even though this scene doesn’t actually exist in the real world, it would be almost impossible to tell if you didn’t already know. 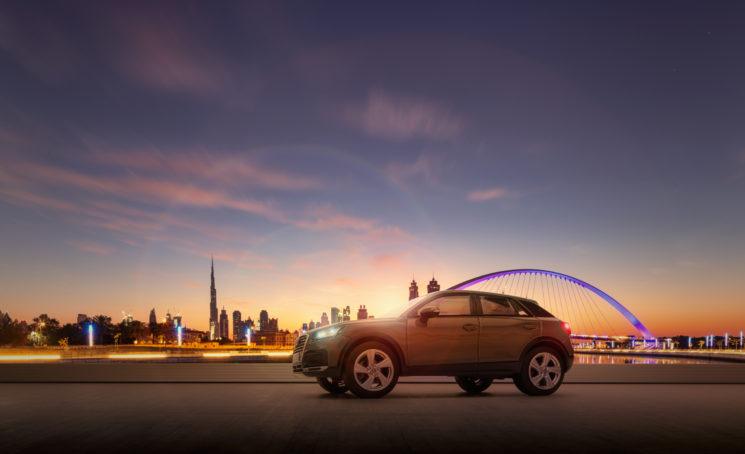 Personally, I think I’ll stick to photographing life sized subjects, but you’ve got to admire Felix’s ability and dedication.

If you want to see more of Felix’s check out his website and his Behance profile.

« Are You The Dumbest Photographer In The World?
Wesaturate offers free raw files to practise your photo editing »