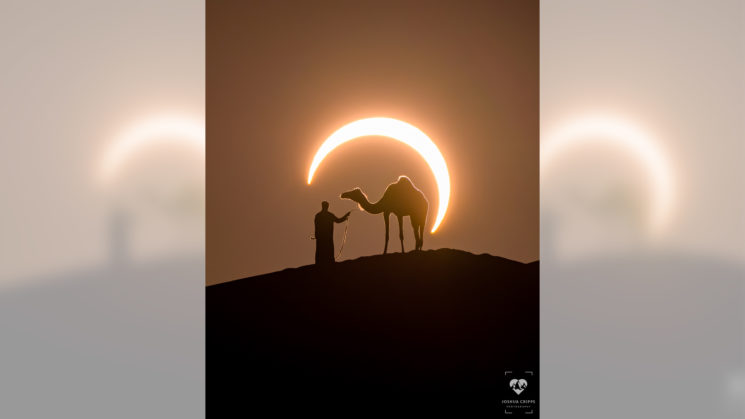 In late December 2019, people in some parts of the world had the opportunity to see a total annular solar eclipse. Photographer Joshua Cripps found himself in the Middle East around that time, and he decided to extend his trip so he could shoot the eclipse in the UAE desert. And I’m glad he did, because he ended up with an incredible image that captured my attention the moment I saw it.

Joshua kindly shared his photo of 2019’s final eclipse with DIYP, along with some BTS and details about how it was shot. It took a tremendous amount of planning and effort, but it was well worth it.

During both planning and shooting, Joshua encountered many challenges. First, he used the PhotoPills app so he could plan the location of his subject, as well as his own position. But then he had to figure out what the subject would be. Since sand dunes aren’t that exciting on their own, he needed a subject for his image. “I wanted something representative of that region and landscape, Joshua told Nikon. Eventually, he decided it would be a camel. But there were more challenges ahead. 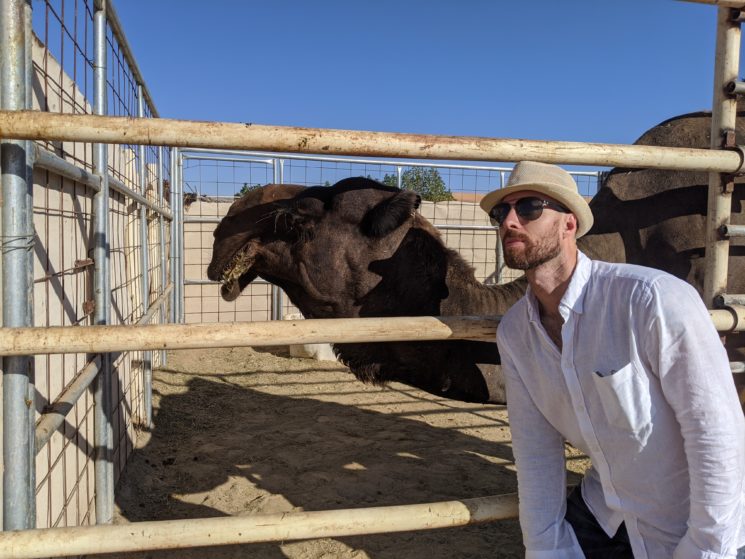 Joshua needed to figure out exactly where the farmer and the camel had to stand so that they would be encircled by the eclipse. He found the perfect spot, but then he needed to explain to the farmer what was required of him. The man only spoke Arabic and Joshua only spoke English, so he drew a photo in the sand to show the farmer what to do and where to stand. On a personal note, I always admire people who overcome a language barrier in creative ways, so I definitely find Joshua’s idea admirable. And judging from the final image, it was more than enough to transfer his message and have the man and the camel stand exactly where Joshua imagined. 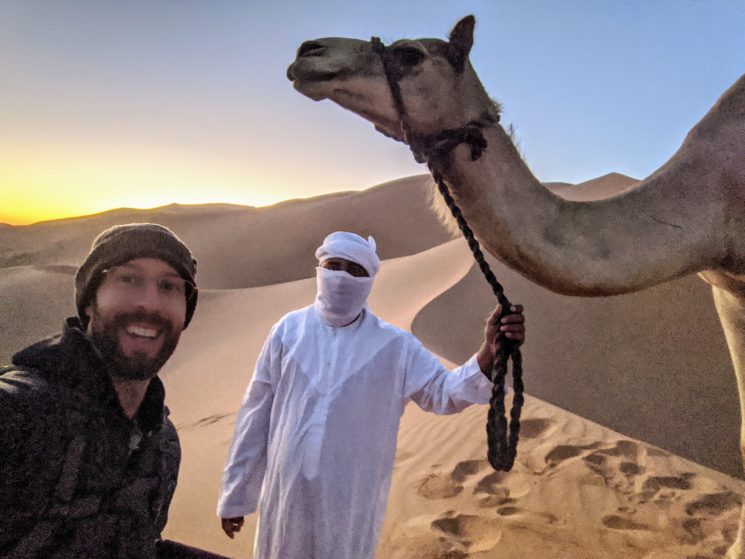 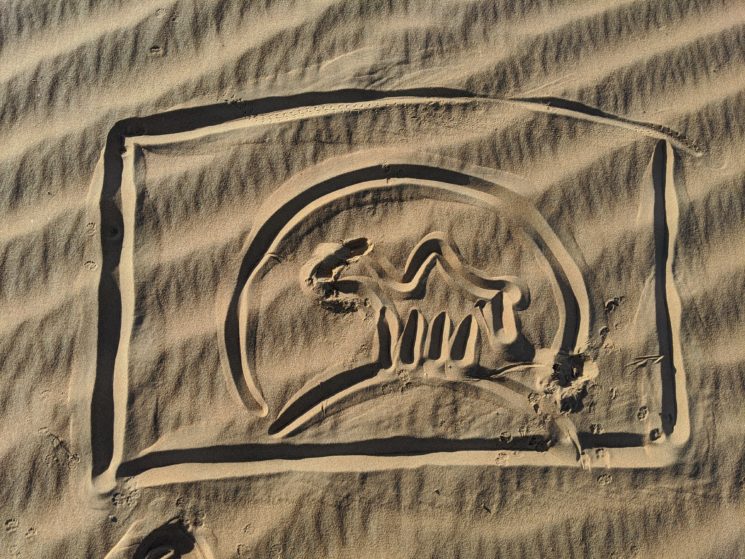 Then, it was time for Joshua to find a place for himself to stand. He needed to be around 1,000 ft away from the subject and use a long lens to get a large background compression. In addition, he needed to find the perfect dune that was visible against the sky at a specific angle. This was a great deal to keep in mind, but he figured it all out and he was ready to shoot.

On the day of the eclipse, the farmer and the camel were in position, and so was Josh with his camera. When the eclipse began, Joshua started “snapping like crazy,” as he says. He was running around, trying out different compositions, and chasing the moving sun. During the 23 minutes of the eclipse, he took 133 photos of the same scene. 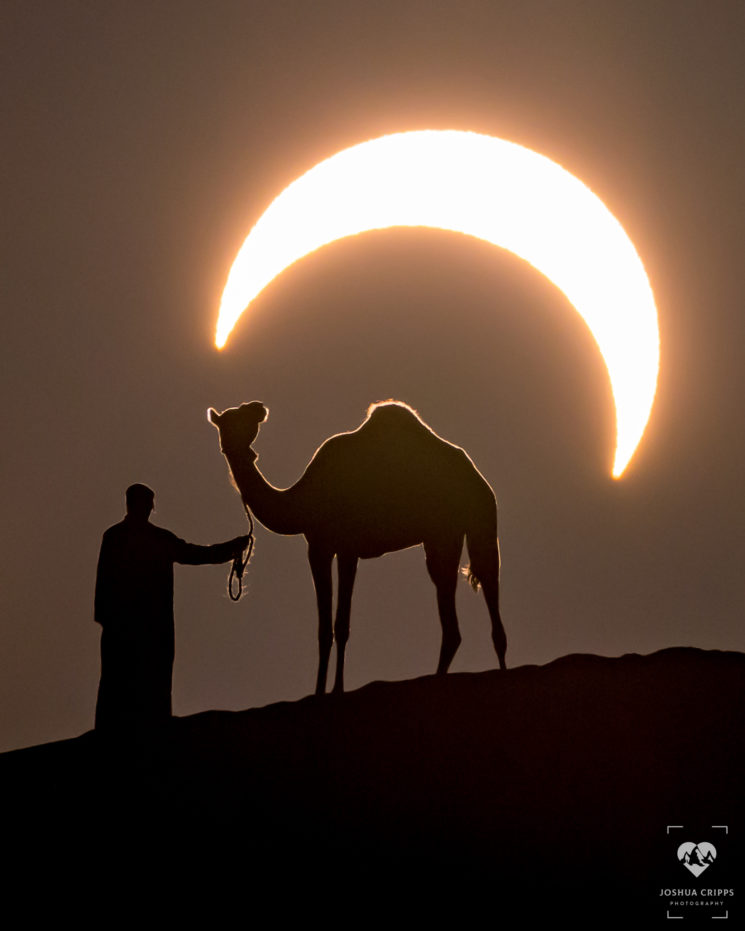 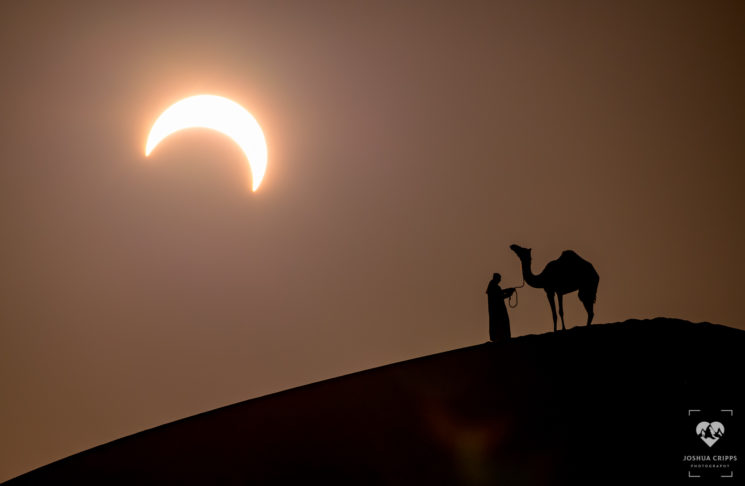 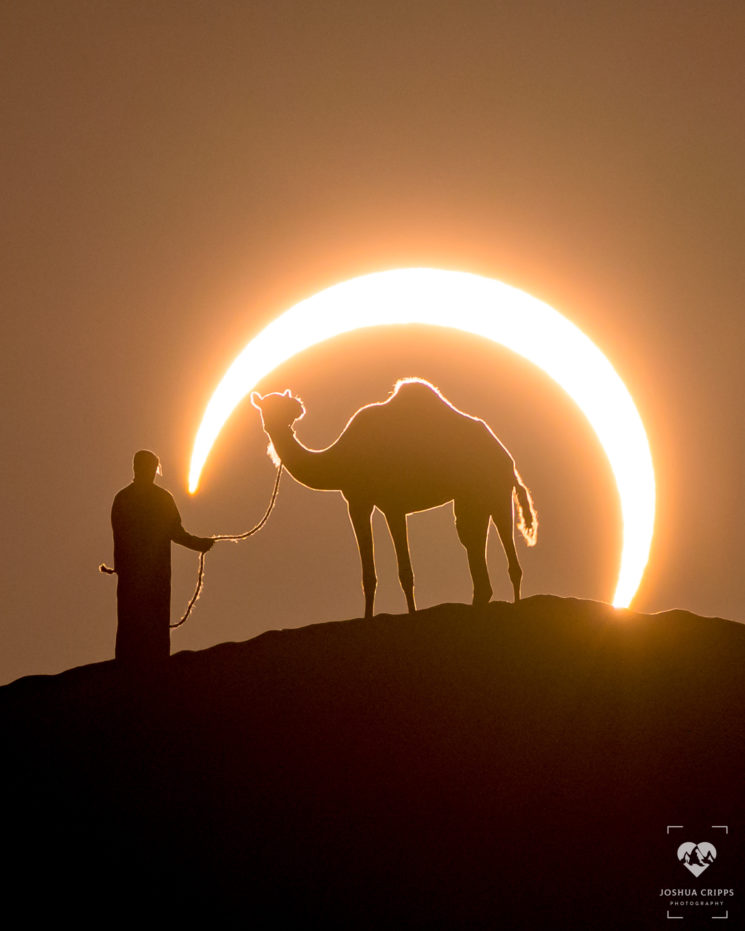 As for the gear, Joshua used a Nikon Z 7 with the Nikkor AF-S 200-500mm f/5.6E ED VR lens (attached with the FTZ adapter). He shot at the maximum focal length of 500mm, but since he used the DX crop mode, it’s equivalent to 750mm. The aperture was f/8, ISO 200, and exposure 1/100s. He started with a 20-stop ND filter, but it turned out to be too dark. He then switched to a 10-stop ND filter and it was a perfect choice. Joshua wanted the man and the camel to be visible as silhouettes, but with rim light around his clothes and the camel’s fur. So he constantly adjusted the exposure during different phases of the eclipse to achieve the look he wanted. And as you can conclude from the final image – he nailed it. 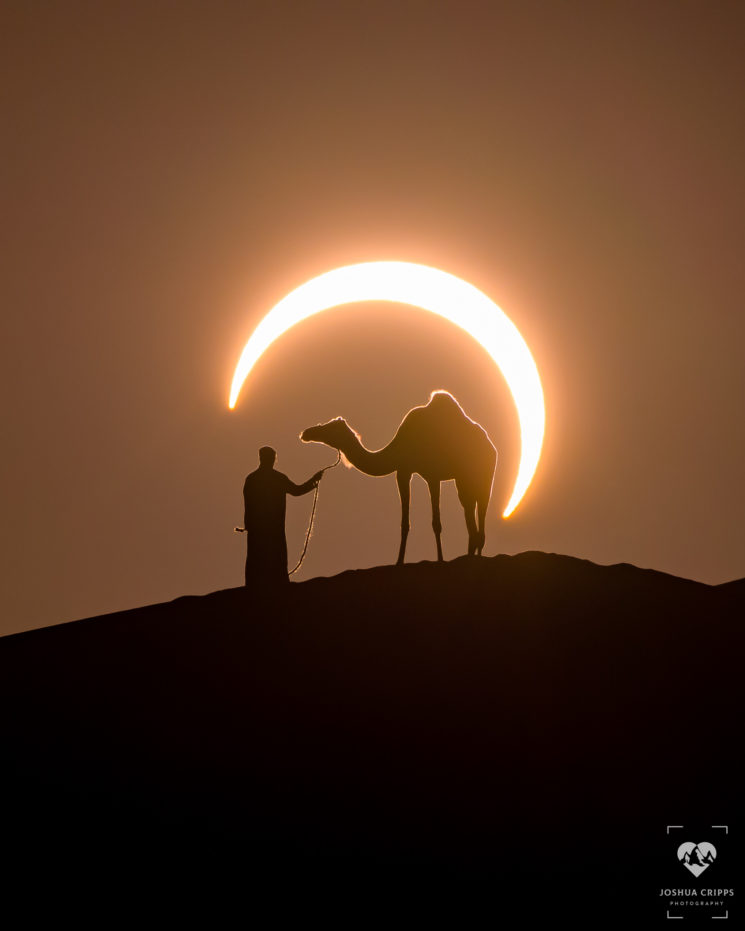 People began sharing the photo immediately after Joshua posted it. As he told Nikon, he posted it to Instagram and Facebook and took an hour-long nap. Upon waking up, he saw thousands of likes and hundreds of comments. I believe that people saw the value of this image even before knowing how much effort was put into making it. I know I did. And frankly, now that I know how much planning and effort it took to make this shot, I appreciate it even more.

« This infinite background machine was sitting in your house and you didn’t even know it
Luminar 4.1 updates make your workflow even faster and your edits more realistic »