Wouldn’t it be nice if you had your proposal capture on film (or sensor) so you could not only tell your kids the story, but also show them how it went down? 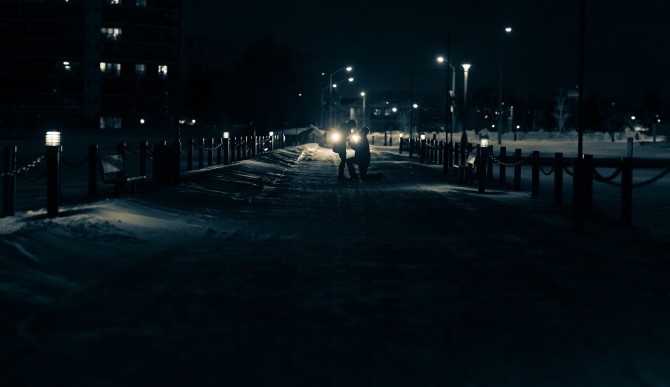 This is what photographer Mike Bons thought so he set up a clever rig to capture his own proposal.

Mike tricked his (then) five and a half years girlfriend into a valentines photoshoot, where he used a Triggertrap remote control to make a timelapse where the camera captured his and his girlfriend photo every second. For lights Mike, cleverly backlit the photo with his car’s headlights.

Erin and I have been together for five and a half years, and over that time we have taken very few pictures of us together. I guess it’s because as photographers we are always behind the camera, and most of us photographers likely prefer it that way. So after purchasing the ring I tried to devise a plan of how I could capture the proposal on camera but keep it a complete surprise. I also wanted to capture the moment in a very genuine way. So after a photo session a few weeks ago I suggested to her that we need to get a couple pictures of just the two of us, and of course she was all for it…
…  I wanted the DoF of 175mm at F/3.2 but I also wanted a wider field of view. To do this I shot the several images in a panoromic type fashion. I then returned the lens to the middle, where we would be standing. I hooked up Triggertrap Mobile and put it in Timelapse mode and set it to take a picture every second. This allowed me to choose from a number of images so that I was able to choose just the perfect moment.

I know, you probably wanna know how the story ends. You can read the full unfolding of this on Triggertrap, but let me just hint that it has a happy ending.

[How to capture those once in a lifetime moments via Triggertrap]