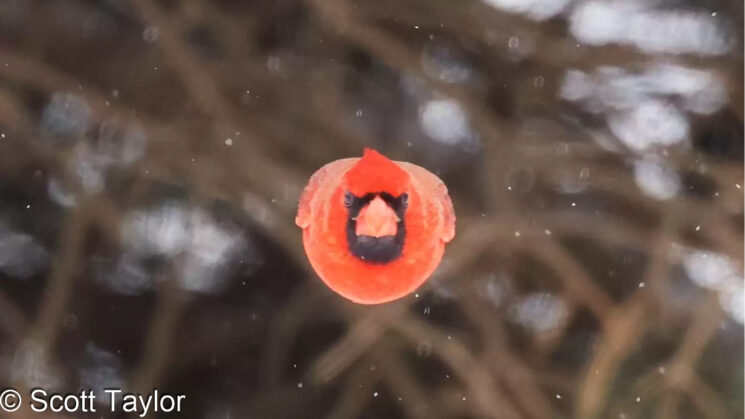 I’m sure that, at one point of your life, you were crazy about Angry Birds. I know I was! But have you ever seen one in person and not on your phone? Scott Taylor did, and he was lucky enough to photograph it.

Scott shared his “real-life Angry Bird” photo online, and people have gone mad about it as much as they did about the game. We chatted with him a bit about how he took the shot, and of course, he kindly shared his fun image with DIYP.

“I received a call from my dad that morning that his bird feeders were full of beautiful birds and that I should come over to get a few pictures of the cardinals and finches,” Scott tells DIYP. So, he packed up his Canon R5 and an RF 100-500mm f/4.5-7.1 lens and went over to his dad’s place to try to get some good photos. He tells us that he wasn’t expecting many good pictures because it was cloudy and snow flurries were coming down. Little did he know he’d up with a viral shot. 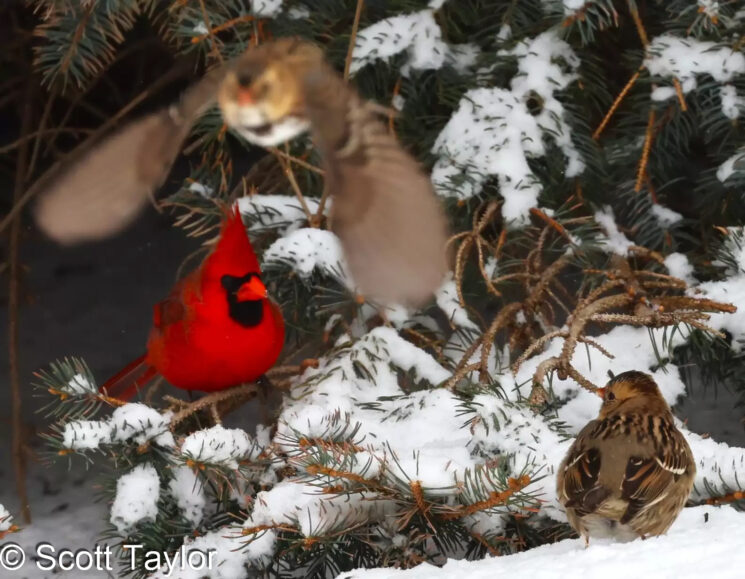 “When I arrived, I went straight to their kitchen window which overlooks the backyard,” Scott tells us. There’s a tree in the background of the photo, and Scott explains that, well in between that tree and his parents’ house, there are a few bird feeders. This is why it looks like the “angry bird” is flying at him.

As he went to the kitchen window, he opened it up and started taking pictures of all the beautiful birds. The birds would fly from the tree to the bird feeders, grab sunflower seeds, and fly back to the tree to eat. “The birds would continue doing that for hours,” Scott tells DIYP, and he kept on taking photos.

“To those of you who have photographed birds you know how fidgety birds are,” Scott says. This is why he kept snapping one photo of the birds after another before they would fly back to the feeders to get another snack. He was taking a picture of that “angry” red cardinal when it flew to the feeder. The funny thing is that he didn’t even know that he captured “the Angry Bird shot” until that evening when he returned home to look at the photos. 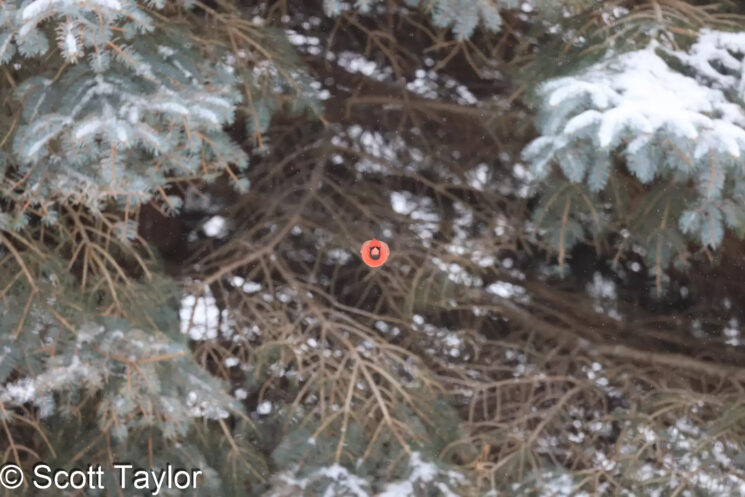 “I am totally amazed by all of the attention from this Angry Bird picture,” Scott tells us. “I shared it on my Facebook page and my friends all started commenting. One friend told me to Share it on Nebraska Through the Lens and it absolutely blew up.”

This photo put a smile on my face and made my morning when I saw it. Way better than the Angry Birds game, which was pretty frustrating at times while I was playing it. I hope it made you smile too! If you’d like to see some of Scott’s work, for now, you can find him on Facebook. His website is in the works, so he will soon start selling some of his wildlife and nature pictures. In the meantime, have a laugh at the “Angry Bird” flying right at ya! :) 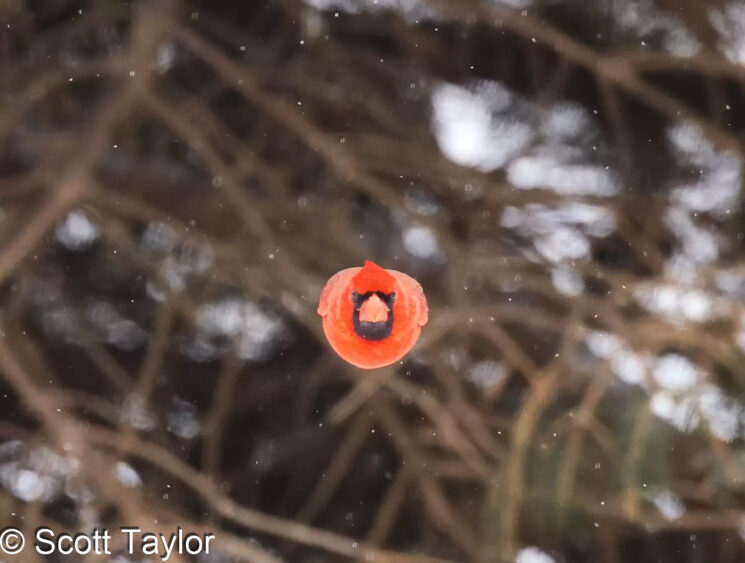 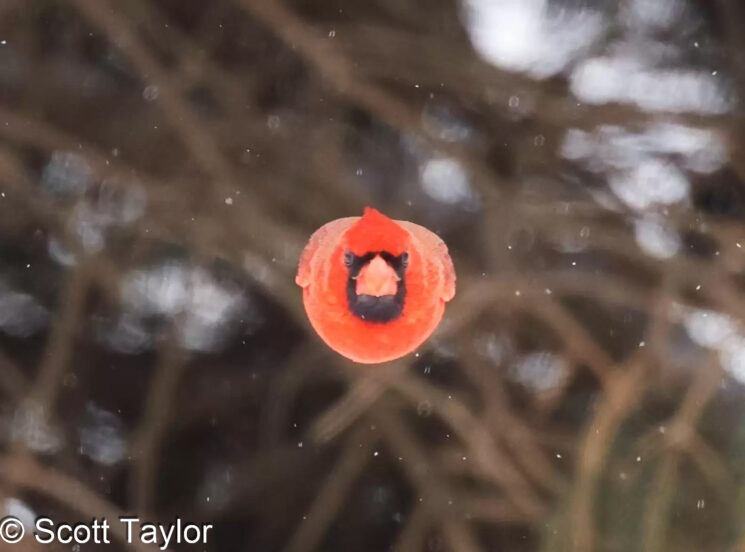