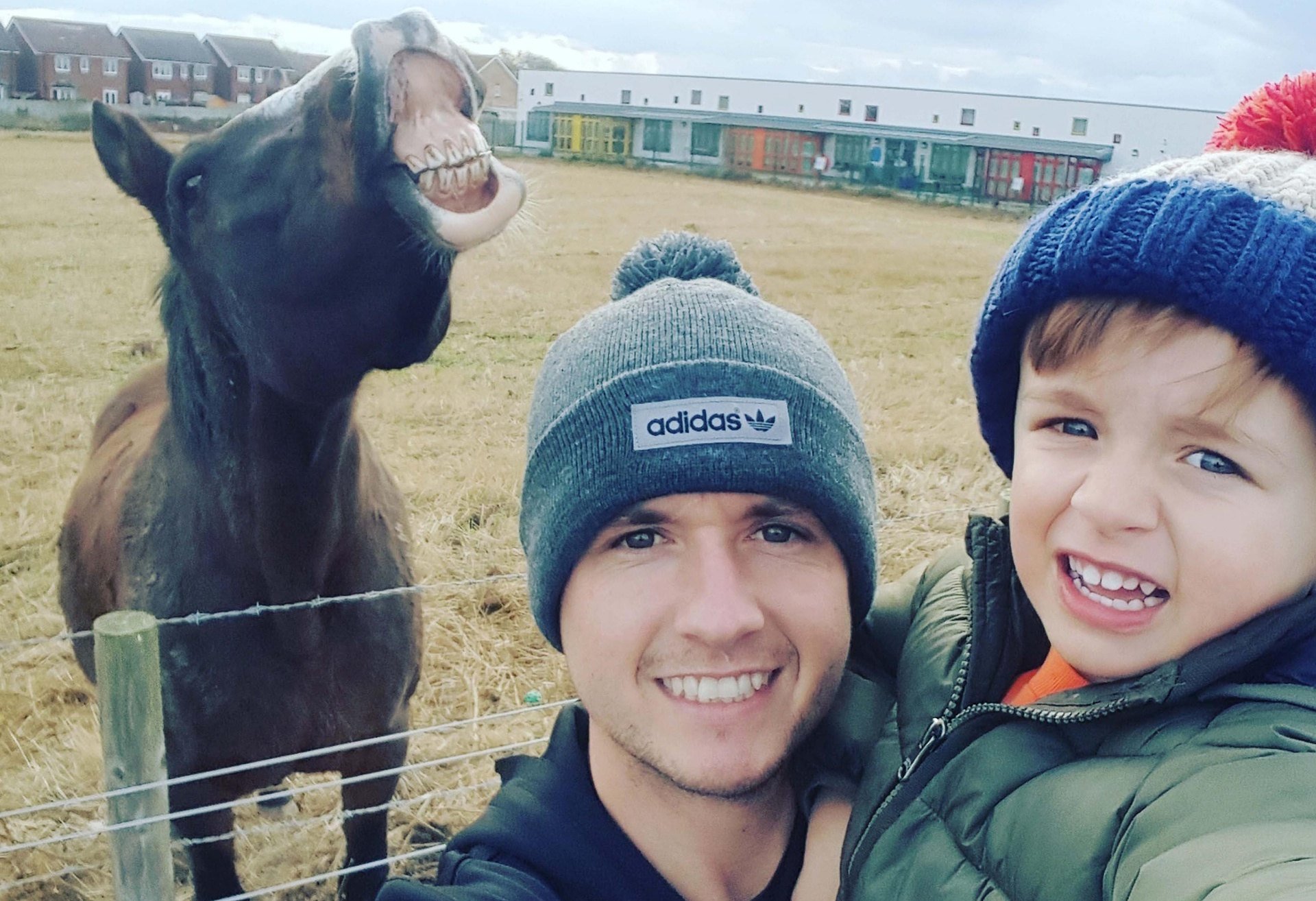 David Bellis and his 3-year-old son won a prize worth £2,000 in a UK contest after submitting a selfie of the two posing next to a horse.

Luckily for the two, the horse named Betty spontaneously smiled at the camera and made many others smile too.

The one person who isn’t smiling, however, is Betty’s owner who claims she deserves a share of the prize.

The winning selfie was submitted to a competition called Made Me Smile, held by Thomson Holidays, and it awarded the father and son a holiday voucher worth approximately $2,900.

Apparently Mitchell has had Betty for three years and the family taught her to stick her tongue out, so now she thinks she’s entitled to a part of the prize.

“I was really annoyed to hear he had won a £2,000 holiday and had used a picture of our horse without our permission. He should have asked for our consent. There should be some token gesture as it is our horse that has really won them the holiday,” Mitchell said.

She added that had she known about the competition, she could have entered and won it herself “as Betty is always sticking out her tongue”.

“I don’t understand why Nicola is so annoyed,” the 31-year-old father said. “I was on a public path that everyone uses to go to the local school and everyone sees the horse there.”

Bellis added that he won’t be sharing the prize or compensating Mitchell in anyway:

“At first they thought I was winning £2,000 cash and said I should give them half, but it’s a holiday so they are not getting a penny. I’m not giving them the holiday either. They would have to come on the holiday with me – and that isn’t happening unless we’re both in a saddle together on the horse.”

Siding with the winners is IP lawyer Wayne Beynon:

“The horse owner’s complaint doesn’t really hold up in law. The father and child were on a public footpath, so there is no issue of trespass.

Thomson Holidays eventually chimed in yesterday announcing that “Despite questions over foal play, Mr Bellis and his family will be getting the £2000 holiday prize they won after entering our ‪#‎MadeMeSmile competition”.

Despite questions over foal play, Mr Bellis and his family will be getting the £2000 holiday prize they won after entering our #MadeMeSmile competition. Hoof a great holiday!

Now I’m just waiting for PETA to jump on the bandwagon claiming Betty didn’t consent either.

« Rob Whitworth and Selina Miles Accuse Nike of Copying Their Work with Latest Neymar Video
Use The Power Of Look Up Tables To Tone, Grade and Color Correct Your Photos »