Thanks to Planet 5D for the heads up on this!

Disclaimer: if you have a weak wallet, then don’t read this.

Actually, in this case, all of our wallets are most likely crying in the corner, so it’s okay. Just appreciate the camera, I guess.

Panasonic took part in a press conference just yesterday in New Jersey, where it announced a new entry targeted towards the high-high-high end market of cinema. The 4K camera/video-recorder is titled the VariCam 35 (AU-VREC1), and it claims to be a powerhouse in handling a variety of formats. 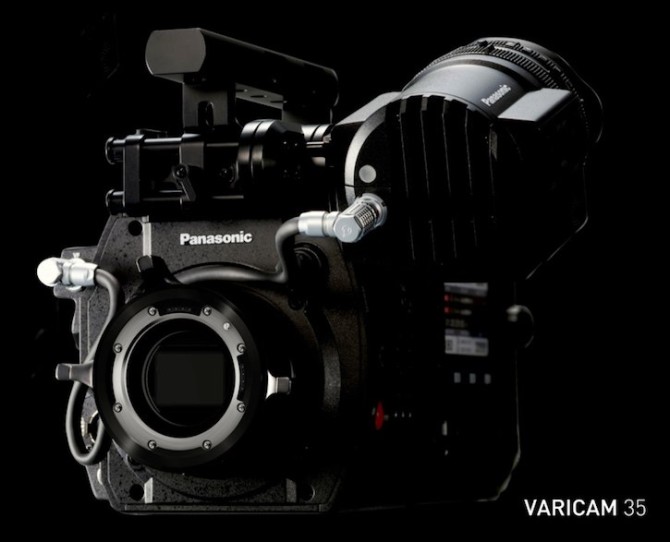 The Osaka-based company definitely plans to take a piece out of the competition from companies like RED, with its press release titling it as an “unparalleled tool for high-end filmmaking”. 4K video production is the signature feature of the camera, described by Product Manager Steve Cooperman as establishing “new standards” in the area. Besides the 4K (RAW and practical), the VariCam 35 is set to include support for formats ranging from UHD to 2K and HD footage.

The sensor used by the camera will be a new super 35 mm MOS, which comprises an image capture of 4096 x 2160, coming out to a 17:9 resolution; that video will be shot in Panasonic’s AVC-ULTRA 4K format. The imager will have a dynamic range of 14+ stops, so we can expect the exposure to work as well as the price says it will.

Oh god, the price. Let’s just say that, according to Planet 5D, someone asked for a price range at the conference, and was responded to with laughter. Whatever the price ends up being, either way, expect it to be above at least 15K.

The VariCam 35 will launch in the fall of this year, and you can catch more details about the camera (including a second release by Panasonic) through Panasonic’s press release.

« Morning Coffee with an Instagram Wedding Photographer
The Cleverest DIYP iPhone Tripod* Ever! »