If you’ve done any light painting, you must know the Orb. Usually you create an orb by rotating a string with a light at the end while doing a little spin. Round? yes! Perfect? No! What if you wanted perfect?

Hugo Baptista Took this to a whole new level by making his orbs with a drill attached to a Telescope mount. Here is his story about creating the tool. Isn’t it perfect? 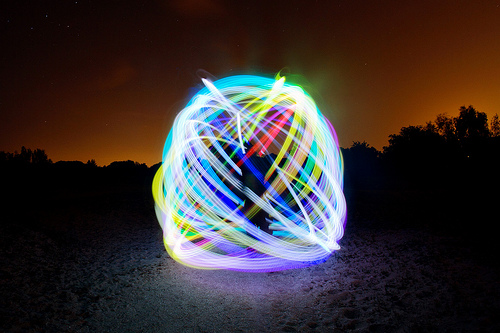 I was very happy with my investment on the Meade DS-2000 telescope mount that I was using to make panolapses and slow video pans. But then it occurred to me that it could be a great orb maker too.

Light orbs are the most commonly produced images in light painting and look great when a single light source is spun on a string by hand while at the same time the light painter rotates that spinning circle on its vertical axis. The result is a 3 dimensional sphere that is perfectly imperfect due to human error (which I love btw :)).

But I wanted to give perfectly perfect a go. I had played with the idea of going the full DIY path and buy motors, arduino controllers etc.. but I already had 2 axis of precise (but slow) rotation with the Meade. All I needed now was a fast spinning axis on top of that that would carry the light source(s). I went  for a Bosch drill. 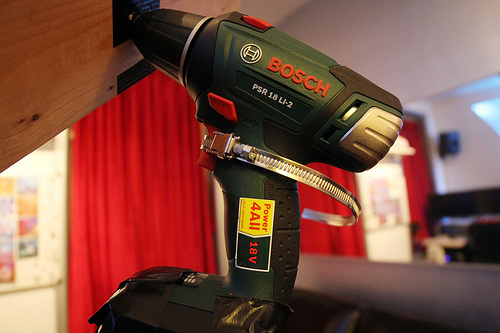 On that drill I mounted an RGB LED strip with wireless controller on a long piece of wood. Wireless because I want to be able to kill the light while it’s spinning in order to be able to make several orbs in the same shot without leaving trails between them.

I bought a kit in a local shop containing:

For power I used an 8 cell battery holder (with penlights). I only needed to use half of the 2.5 meters that I bought because as the strip rotates it covers the other half so I cut the strip in half and saved the rest for another application. Alternatively you can go for the cheaper (but good) IKEA RGB strips, and replace the AC adapter’s wires with wires leading to the battery holder.

The 8 cell battery holder I bought on ebay had wires included that can be clipped onto the battery holder (like 9v batteries) and it’s easy to solder the wires to the controller while the holder is still easily removable.

When I don’t need to have all the LEDS turned on I use a mask of thick black paper with holes that I cut out in the desired locations to let the light out in a more controlled fashion. There are many possible light configurations… Michael Ross from light painting tools has a great collection of ready-made Programmable Digital Light Wands, Color Phasers etc.. for sale on his webshop (but also tutorials if you want to build your own) that could also be used with this setup 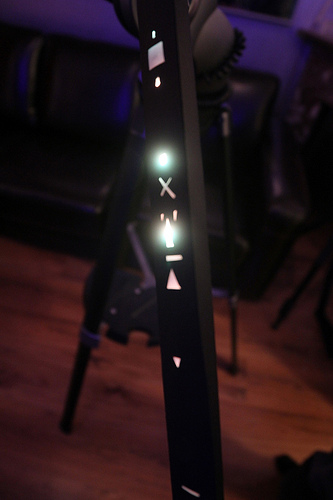 To control the spin of the drill I used a metal bracket around the trigger that I can tighten with a screwdriver for faster spins or loosen for slower ones. I must admit that it is not the most elegant solution and have thought about using a wireless servo instead that I’d somehow attach to the trigger, but I didn’t want to screw the drill (pardon the pun). 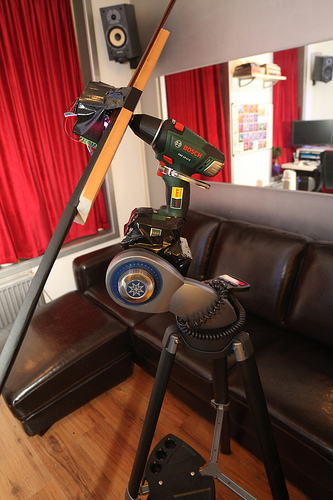 The Meade mount gives me precise control over both vertical and horizontal axis independently, that means I can spin the lights at an angle while the Meade rotates on the vertical axis creating open spheres or self-intersecting spheres depending on the chosen angle and length of the LED strip.

Here are some more pictures taken with this device 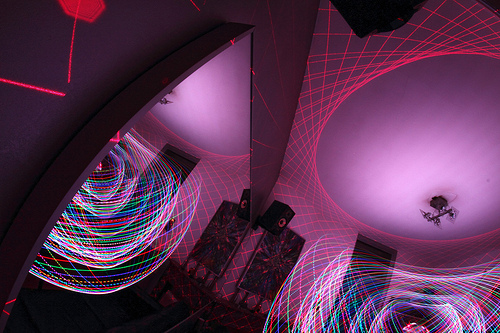 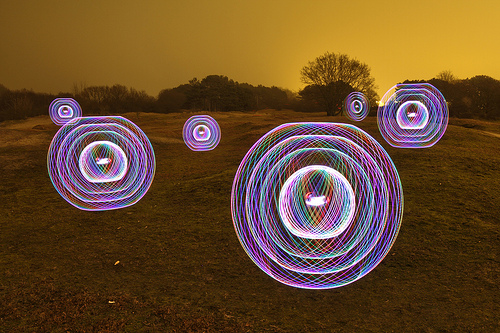 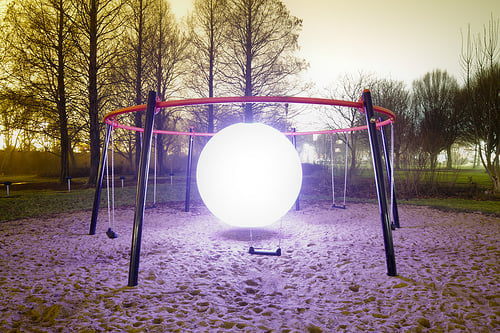 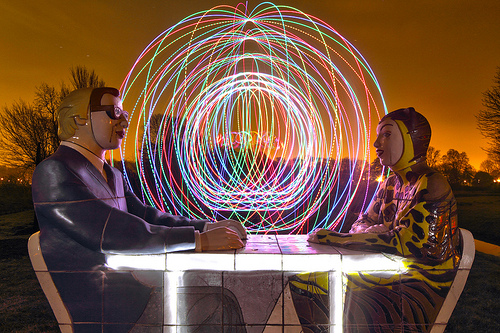 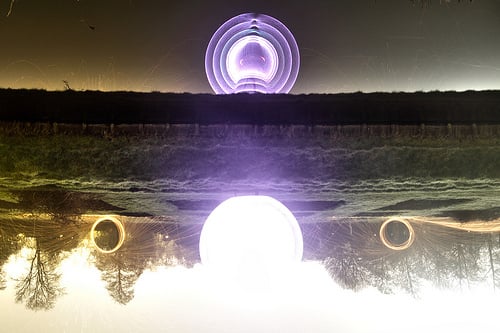