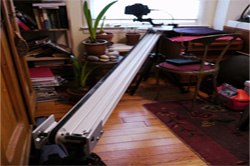 If you ever did any moving time lapse you know the challenges involved in making such a movie.

You would need a rail, a carriage, a precise and slow motor to drive it software to control the camera, power and a few other bits and bytes. To get an understanding of how complex such a project can be, check out the Slider project by Derek Mellott – a beautifully engineered piece of work.

There are shortcuts however :) Project OpenMoco aims at providing a full open source system for time lapse enthusiasts and indie film makers.

OpenMoco is built on top of the Arduino platform and provides all the necessary ingredients needed to build a complete time lapse system. It has both software code and hardware specs needed to run a dolly, a panning head, a gigapixel-like system and anything you can throw at it that needs a camera and a motor. 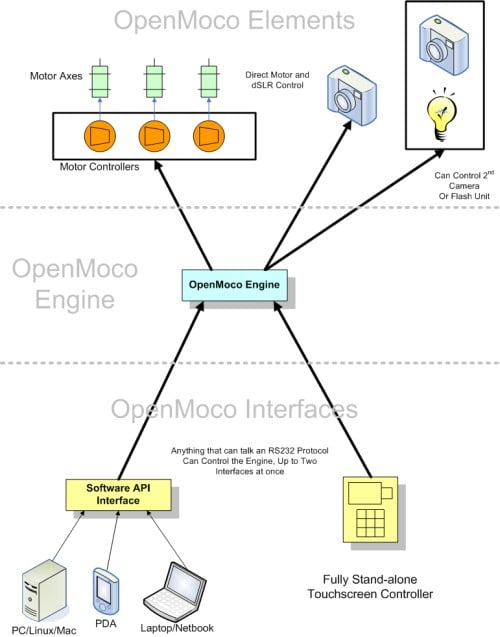 It has span a few other interesting projects like

And a bunch of other nifty spin off projects.

If you have doubts about the ability of the system watch the videos below both for a sample of a head running the system and a few time lapses taken with it.

« Using Moving Strobes In A Timelapse
How Fast Is Your Strobe? »