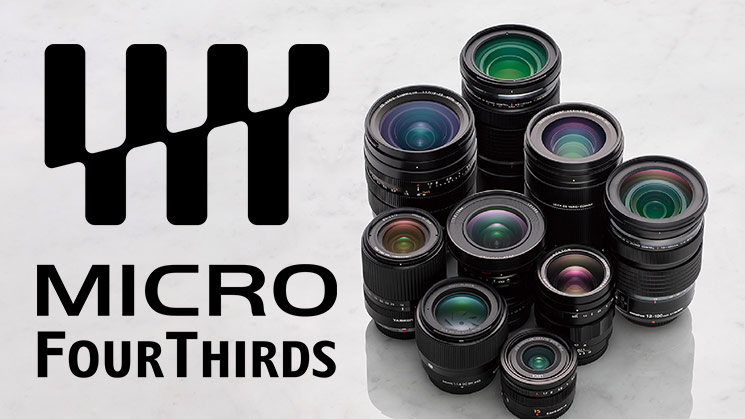 OM Digital really seems to have taken the initiative since taking over from Olympus. Along with the recent joint live stream chat with Panasonic, they’ve relaunched the official Micro Four Thirds website with a completely new redesign. The new website, they say, has been designed to enhance the overall user experience and now offers search and mobile-friendly features.

As a shared standard, Micro Four Thirds has facilitated the development of a diverse range of lineups and systems that transcend the boundaries of manufacturers, expanding the potential for enjoyment and application of images, and is currently supported by 56 companies, including companies focusing on BtoB operations. Offering high image quality, our compact, lightweight systems have won support from many customers, and in 2020 became the best-selling lens by mount in the Japanese interchangeable lens camera market. Through this website, we will provide content such as product information and convey the merits of Micro Four Thirds to more customers, continuing to promote the Micro Four Thirds System standard.

So far, OM Digital seems to be going through all the right motions to invigorate not only the Olympus products it’s inherited but the Micro Four Thirds system as a whole. They say that through the new website, they will provide new content such as product information and to “convey the merits of Micro Four Thirds to more customers” in order to promote the system.

With new products seemingly on the way from OM Digital, the company’s actions so far offer some hope for the system’s future. A future that’s been in doubt for the last couple of years. Let’s just hope they keep it up when that “new shine” wears off.

It would be nice to see the Micro Four Thirds system developing and growing as a whole again from its main two players, rather than just new lens releases by third parties. Hopefully, Panasonic will be able to give us some solid news on the impending GH6 soon – it’s already been over six months since they told us it was coming.

« Sony dominated the smartphone sensor market in 2020 but their market share is shrinking
New selfie museum wants to help you with stress, depression, and anxiety »