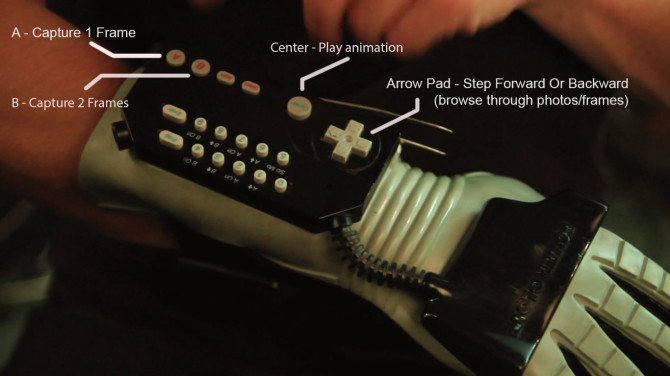 I have to admit, my heart skipped a beat when I first read about this hack and if I’m being completely candid, they had me Nintendo Power Glove. I mean, a camera controlling cyborg arm? Yes, please. Where do I sign up? And not only does this cyborg arm look awesome, it’s also a really useful, efficient way to tackle the tedious task of stop motion photography.

Dillon Markey, an animator for Robot Chicken and PES, had the genius notion to hack an old relic from his past to make his life as a stop motion photographer and animator a whole lot easier. Markey explained he was tired of having to lug a USB wired keyboard around with him while shooting just as much as he was frustrated by having to frequently walk back and forth between the set and his computer/camera setup just to take a single frame. After spending some time brainstorming a possible solution to the problem, he knew the Power Glove, and it’s futuristic aesthetic, was exactly what he wanted.

“A few years ago I was animating a shot on a much bigger stage and I needed to move from one side of the stage to the other side of the stage then back to animate the camera and I remember thinking like, carrying this USB attached numeric keypad all around the stage with me…And I was like, ‘Why don’t I just have this on my arm?'”

In the video, Playing With Power, Markey explains the inspiration behind his hack along with some of the details on how he constructed it.

Markey began asking around his group of friends if they could share any of  their DIY electrical skills, which sent him in the right direction. He then happened to casually mention his project to a colleague, who he then discovered was an electrical engineer.  That was the missing ingredient in the mix, and together the two were able to build a custom circuit board for the controller and, like magic, Markey had a fully functioning Bluetooth keyboard/Power Glove/cyborg arm to work with. 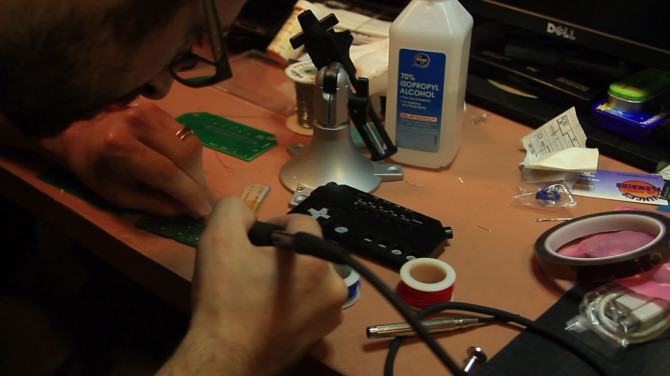 While Markey uses his Power Glove to control stop motion software, it seems to me it could just as easily  be modified to operate other tethered shooting software such as Lightroom. That, of course, is not to say this was an easy hack to pull off.

Shutting Down The Cynics

Of course, not everyone shares my level of enthusiasm about the modified Nintendo controller, as Markey humorously points out:

“Some people have made fun of me and said ‘That looks like the most useless thing in the world.’ But, uh, they’re wrong…They’re wrong.”

I concur, Dillon, they are totally wrong. It’s… 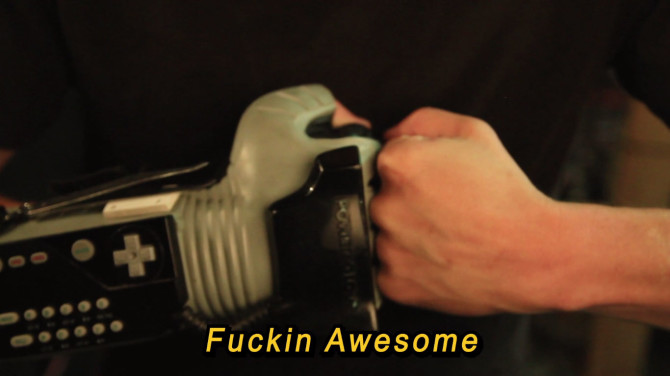 « Well Of Creation: Inspiration Of 10 Images Explained
Remarkable Photo Series Of Sorrowful Dogs Waiting In Cars For Their Owners To Return »