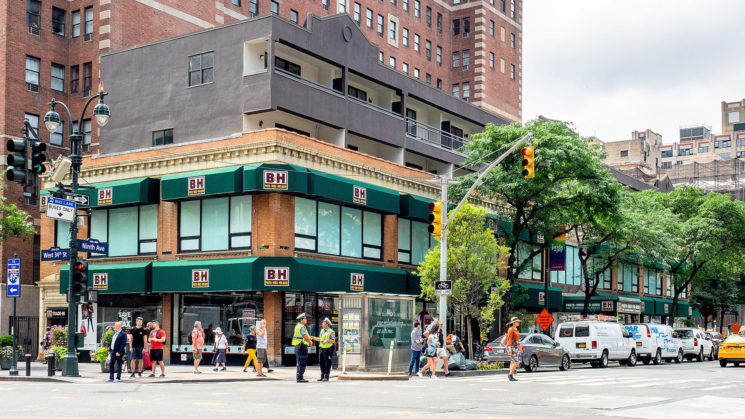 The Verge reports that the New York Attorney General believes retailer B&H has dodged over $7,000,000 in taxes in a lawsuit filed recently. It’s all to do with the “Instant Rebate” offers, which are common amongst online retailers these days. The suit claims that B&H has “cheated” the NY sales tax and that they “chose profits over principles”. The investigation and lawsuit come as a response to a whistleblower they say approached them in January 2016.

All easy and simple so far, right? But what about those instant rebates?  Well, let’s first take a look at regular old fashioned mail-in rebates. These are pretty simple. You pay full price at the retailer, including the full amount of tax. Then, when you receive your item, you contact the manufacturer to get some money back off the purchase price (but not the tax!). That’s the key thing here.

Instant rebates, the Attorney General argues are essentially the same as a mail-in rebate, as they’re still manufacturer-subsidised. B&H has to sell the item and then get that money back from the manufacturer, the same as the customer would in a more traditional mail-in rebate system. So, if an item is $1,000 with 10% tax and there’s a $200 instant rebate, you would basically pay full price for the item, $1,000, plus 10% sales tax of $100, and then you would have that $200 discounted from your tax-inclusive total. Bringing your final total paid to $900.

Over the past 13 years, these discrepancies in sales tax collected on instant rebate purchases, the Attorney General says, amounts to “at least an estimated $7.3 million” from at least $67 million in rebates. They claim that such a scale of discrepancies could not have been made by mistake and that B&H did this intentionally to try to get an edge over the competition at the expense of the tax department. If you can buy a $1,000 + tax product for $900 or $880 total, which would you purchase?

A B&H spokesperson said in a statement that…

B&H has done nothing wrong and it is outrageous that the AG has decided to attack a New York company that employs thousands of New Yorkers while leaving the national online and retail behemoths unchallenged. The Attorney General wants to charge New Yorkers a tax on money they never spent. It’s wrong and we won’t be bullied.

It will be interesting to see how this one plays out. What B&H has done might be considered a bit naughty, and sure it probably has helped their sales. But it’s also helped their customers, too, who want to pay as little as possible for the gear that they buy. If the law does determine that B&H failed to collect sales tax, then perhaps it’s time to change that law?

You can read the complete lawsuit filed by the AG here.

Syrp talks about the new app, the Vitec acquisition and what it means for customers

« Get that 4×5 large format look by photographing the ground glass of a large format camera
ND filters: What are they, why you need them, and how to choose them »