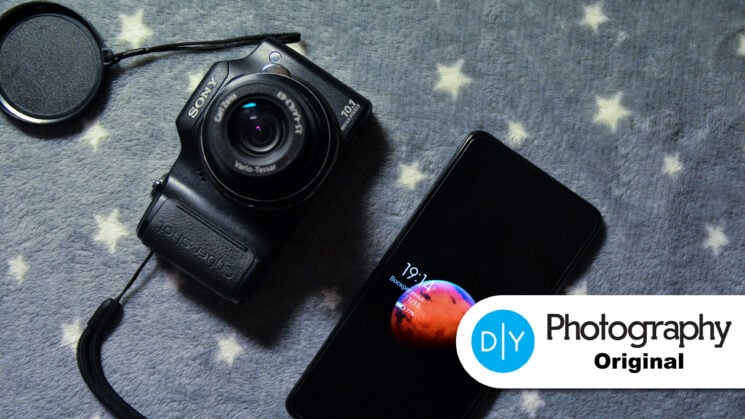 Contrary to another photographer’s opinion (one that is held by many others), there seems to be this doomsday cult that believes camera phones are going to make DSLR and mirrorless cameras extinct.

And it’s certainly an opinion that has a semblance of logic behind it, given that there are far more photos being taken by phones today than DSLR and mirrorless cameras combined.

Yet the idea of shooting primarily on an iPhone doesn’t sit right with myself, and that of my clients who would sack me from the job if I had to shoot it on an iPhone!

As a career contrarian, I’d like to offer a rebuttal to the points offered by Mike Smith in his article to explain why they’re simply wrong.

1. Consumers might not want traditional digital cameras, but enthusiasts do.

Camera sales be damned, I can very easily tell the difference between a camera phone photo and a full RAW print when utilised in a commercial application (especially as I couldn’t bare myself to shoot with a mobile for any of my Melbourne based event photographer clients!)

When you need a billboard advertisement made, or an image printed on for product packaging, smaller-sized sensors with inferior lenses don’t hold up.

On every gear orientated website, there are tons of reviews and articles that chastise the likes of Canon, Sony, Panasonic, Nikon, and Fujifilm for not including certain specifications or product features (for example, Canon with a lack of Mirrorless Dual SD Slots, terrible cropped 4k… well just about everything from this long time, suffering fanboy!)

There is a strong demand for more digital cameras, at better specs. And really, the envelope hasn’t even pushed yet. Imagine an Android OS inside of a camera that can shoot high-quality 4K video, 60MP photos in RAW, whilst offering computational and algorithmic captures or effects.

I can’t wait to see the day that happens, as we’re starved on the software side of the abilities of these cameras, but not on the hardware side.

Manipulating mobile photos is far harder given that there is less information captured from a smaller sensor than there is from a larger sensor.

When editing and pushing the boundaries of a camera’s photo files, you are far more prone to banding, clipping, and other anomalies that creep in.

You can never push and manipulate a phone photo as far to different looks, nor as forgivingly as you can with a DSLR / mirrorless RAW.

I do agree that speed is a factor. You can take an image on your phone, and post-edit, then publish it on Instagram in under a minute.

But speed isn’t necessarily better. There is a lot that is lost without having the thoughtful of the edit. And I will never accept that you can produce a better edit, on the fly, in a busy environment, than you can in a quiet, contemplative studio or a cosy corner of your home with a laptop. They are two different factors entirely.

Smartphones are such a useful tool, but I won’t suddenly reach for a hammer when I need to cut down a tree with a chainsaw. They have their place, and can even be used professionally, but it takes a certain level of hubris to say that Sony and Canon do not matter at all now, when Samsung and Apple exist and pump out more cameras than they do.

If they don’t matter, however, we should expect a lot more social media influencers taking over all the jobs that traditional photographers and videographers do!

3. Smartphones AREN’T where the real development is happening.

Software development is real development, but so is hardware development. Admittedly, as mentioned earlier, DSLRs are lacking in the software department, yet there is such a wealth of opportunity to be hard. How many years removed are we from the great Canon 5D Mark 2 that revolutionised independent filmmaking? Camera phones have had their impact, but have not changed the game completely in that sphere to the same extent.

What they have done, is become the killer hardware for social media (and vice versa). I will always look at phone cameras as being the domain of social media as that their wheelhouse. Yet for the enthusiast and consumer, there is a ton of great development to be had.

Mirrorless cameras have been developed, bringing a whole new way of shooting to tons of photographers out there, minimising the footprint of the bodies themselves, and making shooting less of a chore.

Canon have created their new RF mount, decreasing the length from the sensor to the rear element is fundamentally important to increasing resolution and sharpness potential.

Sony have moved light years ahead by innovating the features of Eye AF and Animal AF in near real-time. This is what development looks like.

Computational and algorithmic development are principal areas that camera phones have an advantage over, compared to the DSLR/mirrorless realm that needs to be improved upon, but trust me. Once the bridge is gapped and that software is adapted to full-sized cameras, the REAL abilities of what is possible will be unlocked.

But Snapchat filters… No. That’s a step back. A gimmick, best left to the realm of social media and not photography.

4. The future is bright for phones AND full-sized cameras.

Don’t be confused. DSLR and Mirrorless Cameras aren’t going anywhere, and neither are the big camera manufacturers themselves.

You’ll see eventually, that the phone camera will bring people’s curiosity back to the mothership and wanting to learn the craft itself.

The problem with technological determinism is that it plays out more like science fiction than science fact. It’s easy to see a world where a Canon 5DM4 gathers cobwebs, yet think about this a little more…

At weddings, you’ll notice a whole crowd of people whipping out their phones (which imo spoils the experience by making you less of a participant and more of an observer). There are still those 2 or 3 people shooting with DSLRs and mirrorless, which give an incredibly different end result and feel sacred in their look. The market is always going to be attracted to the best quality in the end product, and sadly, apart from certain situations, camera phones fail to live up to that standard.

If you ask me, we’ve seen a drastic split between the technology developments in the camera world as to what Apple/Samsung and Canon/Sony are doing. Yet all the giant gains that have occurred in the mobile camera sphere have come about from the largest camera and lens companies on the planet, who do what they do best.

Once the software bridge is gapped though (which is where the camera and lens giants can learn a thing or two from Apple / Samsung), camera phones and DSLR/Mirrorless cameras will still be two very tools, useful for very different purposes and markets. And it’s important for the consumers to see it that way.

Adam Marsh is an Australian Photographer and Cinematographer. He runs and operates Moment 2 Moment, a photography and video production company that offers corporate videography, corporate photography, and event photography in Melbourne, Australia. His work can be found at his website, YouTube, StarNow, and 500px.

Mobile Phones dominate Flickr uploads in 2016 with Apple staying at the top spot
« The $199 Godox V860III pops up at online retailers before official announcement
Watch: Drone crashes into an erupting Iceland volcano while filming »