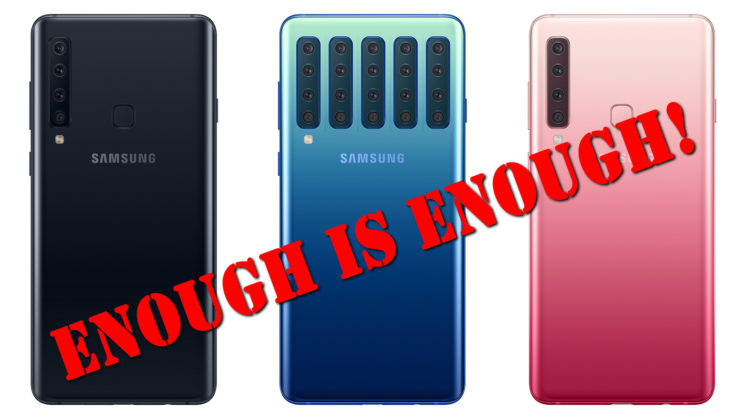 It’s all getting a bit ridiculous now. When Lenovo teased quad cameras, I had to laugh a bit. It all just seemed a bit excessive. Even three cameras in a phone felt like a bit much. Two’s cool, sure, it offers some neat computational photography options that a single camera does not. But beyond that, is it really worth it?

Samsung thinks so, as they’ve just beaten Lenovo to the punch with the new Samsung Galaxy A9 which has, yes, you guessed it, four cameras. It’s the “world’s first” quad camera smartphone with a 2x optical zoom, a 120° ultrawide, a regular camera and a depth camera. 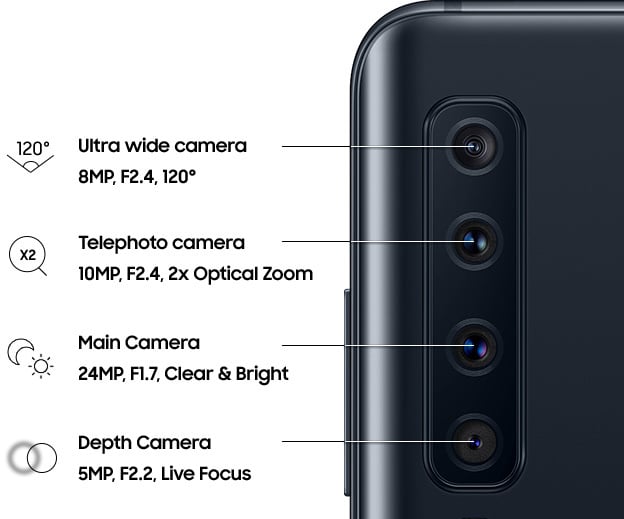 So, the main camera is 24 megapixels with a nice bright f/1.7 aperture. Then you’ve got a 2x optical zoom camera offering 10MP at f/2.4, an 8MP ultrawide also at f/2.4 with 120° field of view, and finally the 5 megapixel f/2.2 depth camera to help create the fake bokeh that seems to be so common these days.

It features all the usual doohickies like accelerometer, fingerprint sensor, proximity senxor, gyro sensor, geomagnetic sensor, 802.11 a/b/g/n/ac 2.4 and 5Ghz WiFi, Bluetooth v5.0, USB Type-C, NFC, GPS and all the rest of it.

I joked on the Lenovo post about which we’d see first, a phone with 16 cameras, or a smartphone version of the Light L16. But it might not be as far-fetched an idea as I thought.

My phone only has 2 cameras. But I still only use one of them for 99% of the images I shoot with my phone. I think if I wanted the kind of versatility that so many cameras potentially offers in a phone, I’d sooner just take out a “real camera”.

The Samsung Galaxy A9 will be released sometime in November in several colours and will be priced at €599 throughout Europe. No word on a US price or release date yet. If you want to find out more head over to the Samsung website.