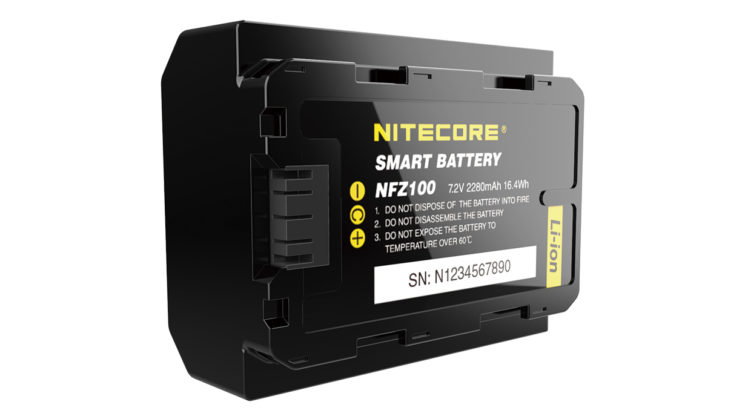 Nitecore has announced its “World’s First Smart Battery” for Sony, the Nitecore NFZ100. It’s a drop-in replacement for the Sony NP-FZ100 used in the Sony A7 III, A7R III, A7R IV and A9 mirrorless cameras. At least, it is if Sony doesn’t make 3rd party batteries impossibly impractical to use again.

As a “Smart” device, the new Nitecore Smart Battery talks to an app on your phone; Nitecore NNERGY. The app will be available for both iOS and Android and lets you monitor the battery health and other details wirelessly. Obviously, it needs power to do this, and I’m not sure a battery that drains itself is necessarily a great idea. 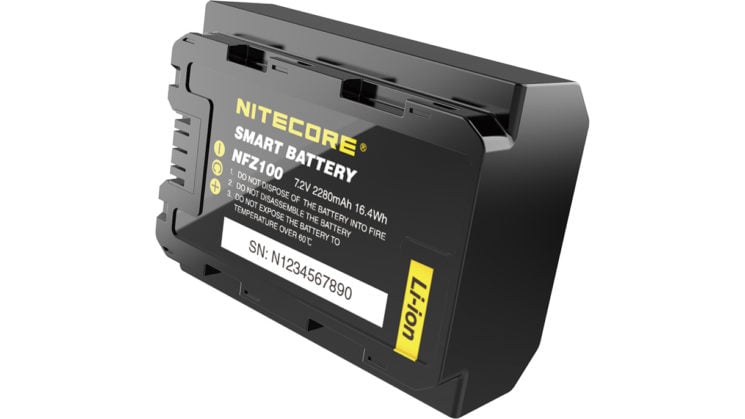 Ok, maybe I’m being a tad harsh. The idea that you could have half a dozen batteries in your bag (not uncommon with Sony, especially if you’re shooting video), and be able to quickly see at a glance exactly which ones need charging on your phone is pretty convenient. And if you’re not planning to use the batteries for a while, the app allows you to place the batteries into “Storage Mode”, dropping their charge to 70% and increasing the longevity of the battery. 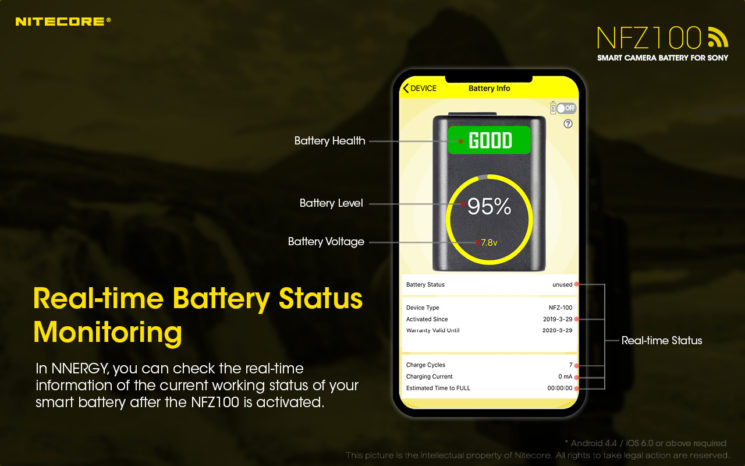 You can also see from the app whether your batteries are still good and whether you need to consider buying replacements – also a very handy feature, especially if you rely on them for daily use. The app is also used to upload new firmware to the batteries, too. Yes, that’s right, it has firmware.

They don’t specifically list the A7R IV as being compatible, but given that they’re not actually available for testing yet, that’s not surprising. Despite also using Sony NP-FZ100 batteries, Sony might have implemented firmware in the A7R IV to disallow use of 3rd party batteries.

But has not having these features of the Nitecore NFZ100 really hindered us as photographers or filmmakers? Don’t most people charge up all their batteries the night before a shoot anyway and then just keep an eye on the battery indicator on the camera’s LCD during the shoot and swap out as needed?

When you consider the Nitecore NFZ100 is 2,280mAh, same as the Sony NP-FZ100, and that it’ll drain itself whenever you load up the app to check on its status (and perhaps even when you’re not?), it seems like a silly idea.

Most Sony shooters I know would rather just have regular plain old batteries with a higher capacity that can last longer than the existing Sony ones.

But hey, Sony shooters, you tell us. Would you use these? Do you care about these features? Or will you stick with the cheap generic 3rd party batteries because they’re a quarter the price of the official Sony ones?

The Nitecore NFZ100 doesn’t appear to be available to purchase yet, and no prices have been listed anywhere. But if you want more information, head on over to the Nightcore website.