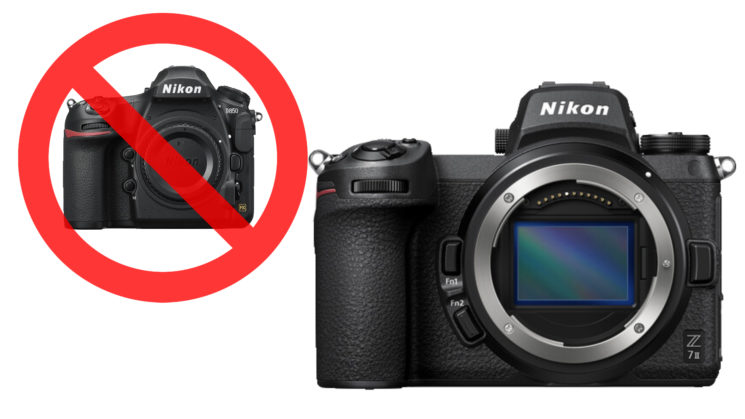 2020 has been tough on Nikon. The company faced multiple gear delays, layoffs, and company restructuring. The camera sales suffered as well, creating a colossal 17.1 billion yen loss in the Q1 of 2020. So, Nikon has decided to focus on mirrorless for the time being.

Toyo Keizai Plus did an interview with Nikon’s Managing Executive Officer Hirotaka Ikegami. According to this source, in April 2020 the number of “interchangeable lens cameras sold decreased by 80% from the same month of the previous year.” Since the text is Google-translated from Japanese, it’s not clear whether “interchangeable lens cameras” refers to DLSRs only. However, Ikegami claims that, for the time being, Nikon will concentrate on mirrorless. This is why I assume that the 80% reduction in sales refers to DSLR only.

Ikegami says that Nikon’s EVF has very good performance and is “highly evaluated compared to other companies.” He adds that it0s different to distinguish from the OVF of an SLR, which makes him confident about the future of Nikon mirrorless.

The previous fiscal year has been difficult, and Ikegami said that Nikon expects a total loss of 45 billion yen in the fiscal year ending March 2021. As you can probably guess, it’s caused by the coronavirus pandemic. However, he added that the world market is recovering faster than expected, starting with China.

There is no doubt that there’s still room for growth in the mirrorless market and I believe that Nikon sees potential in this. The company’s decision to focus on mirrorless cameras likely means that we’ll see more of these. Perhaps Nikon will introduce more entry-level models or relatively affordable full-frame cameras like the Z5.

« I hate when family members ask me to send them raw photos because they “don’t mind that they’re not edited.” I DO.
Underwater photographer makes flowers look like watercolor paintings »