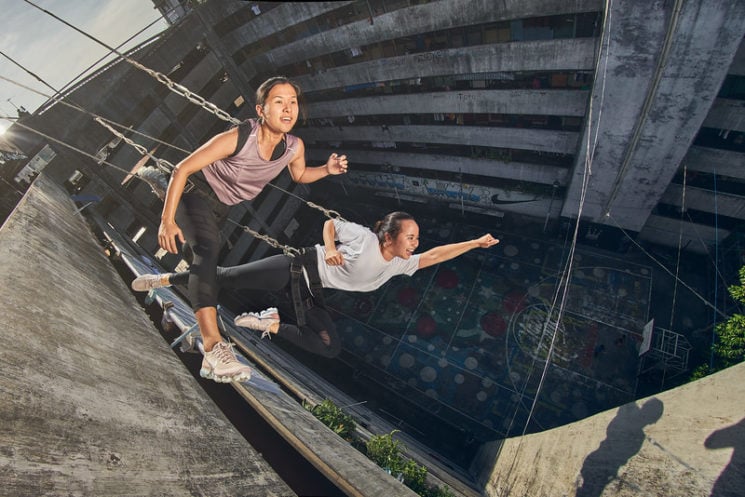 Did you dream as a child that you can walk or run on air? Benjamin Von Wong was wondering what it would be like, and he got a chance to experience it and capture it with his camera. He and his team defied gravity in the new Nike campaign. They created fantastic images that alter the reality, but they also experienced what it’s like to run on air.

It took creativity, courage, lots of safety equipment and thorough planning. Ben didn’t use stuntmen or stuntwomen, but his models were everyday heroes. He chose athletes, social entrepreneurs and community leaders who make the world a better place, and they defied gravity for this bold photoshoot.

Ben received a challenge from Nike, for promoting their newest line of footwear. In all the excitement, it was difficult to determine what answer would be the best. He’s known for crazy ideas, and yet, he didn’t want to scare them off. Eventually, he decided to be true to himself, and he went for one of the ideas we know him for. He decided to showcase everyday people defying gravity 1000 feet above the ground. He wasn’t sure how he was gonna do it, but he was determined to do it. It was a huge challenge, but he did it and he pushed the boundaries once again. 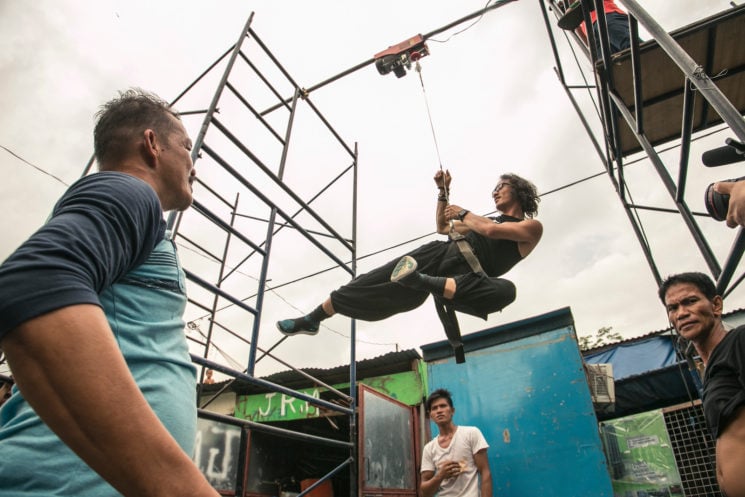 Ben testing out the harness

He found two tall buildings Manila, Philippines one next to another so he could have an interesting perspective. He also found another lower building in case some of the models were afraid of heights. He thought of the proper harnesses to use so the models could run comfortably without the straps dangling all around them. And since the models didn’t really have experience in modeling, it was another challenge to tackle. 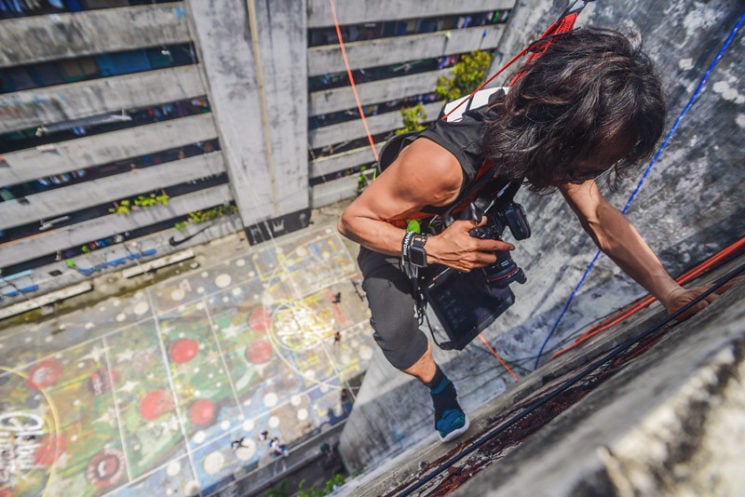 After days of preparation and thinking of the concept, the time came. Ben and the crew got up at 4 am to get everything prepared. The minutes were flying by as they made the effort to make everything secure, but also to make the models look good and comfortable while dangling in mid-air. The efforts paid off, and the team ended up with awesome photos and the experience to remember. 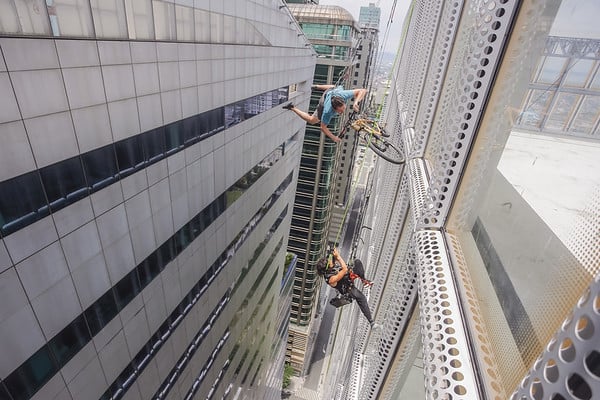 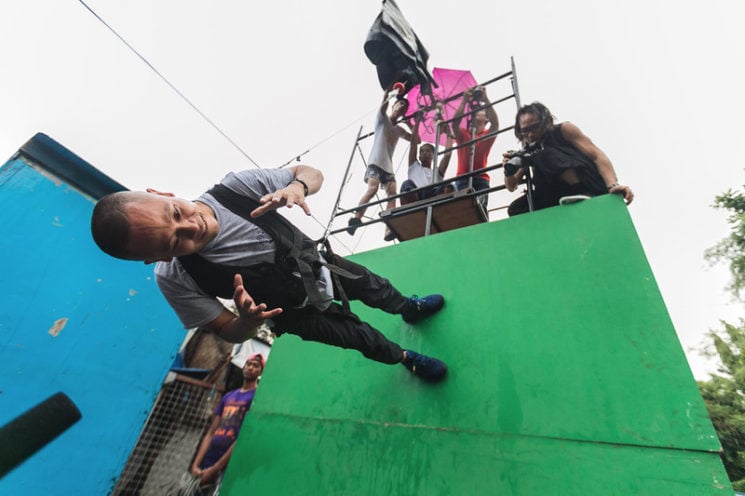 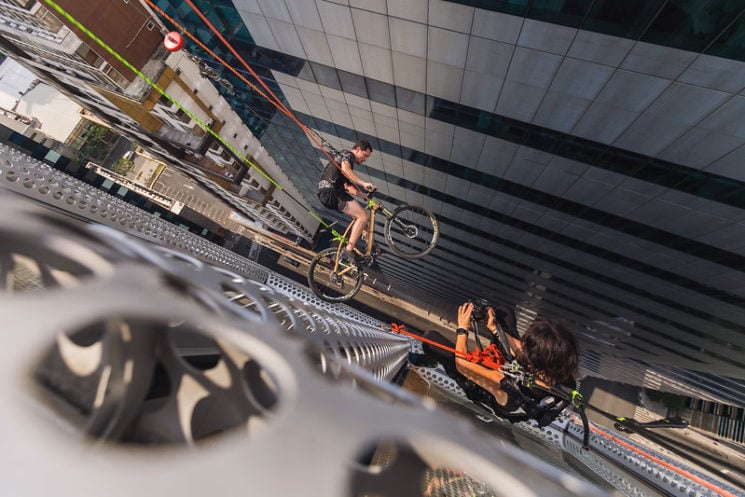 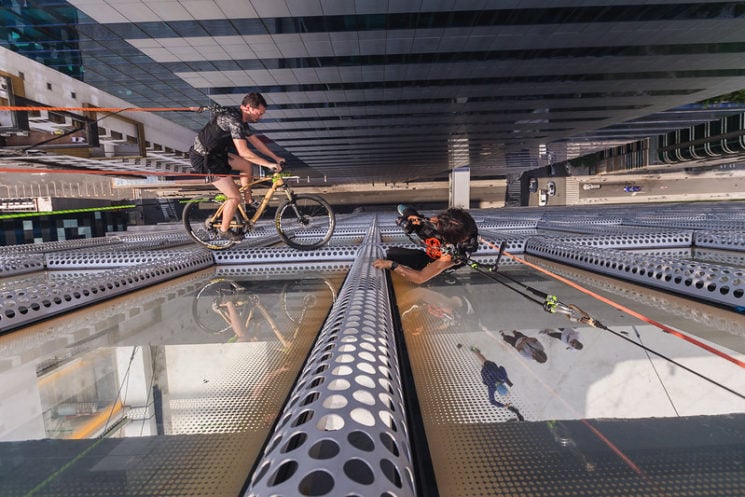 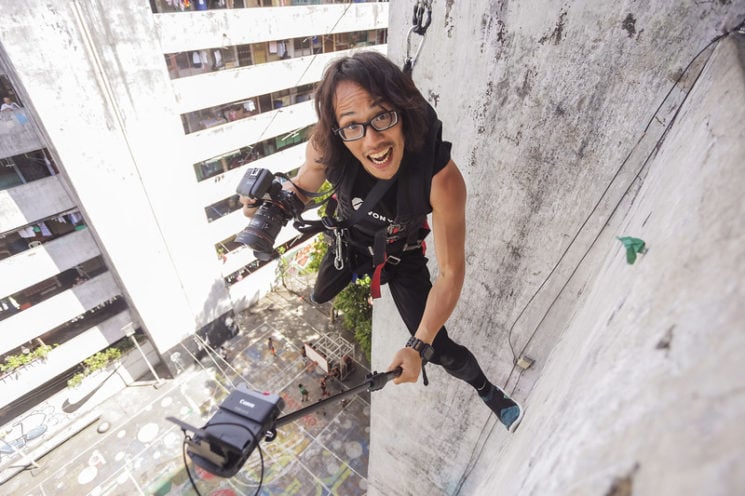 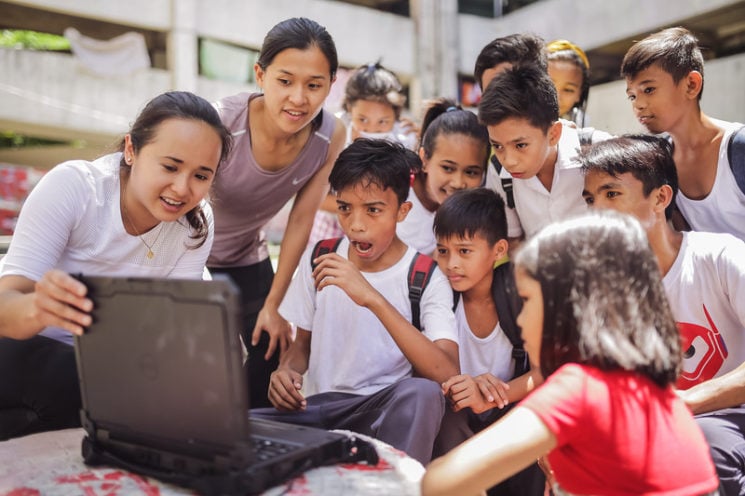 Showing the photoshoot results to some of the local kids

As Ben points out, many people asked him why didn’t he photoshop out the harnesses. But his thought is that removing them would take away from the story. It’s not about the unreal experience like running on air. This story is about ordinary people doing unordinary things. Ben hopes his project will inspire people to pursue amazing experience, accept the challenges and push their own limits. Ben, his team and the models certainly did it. 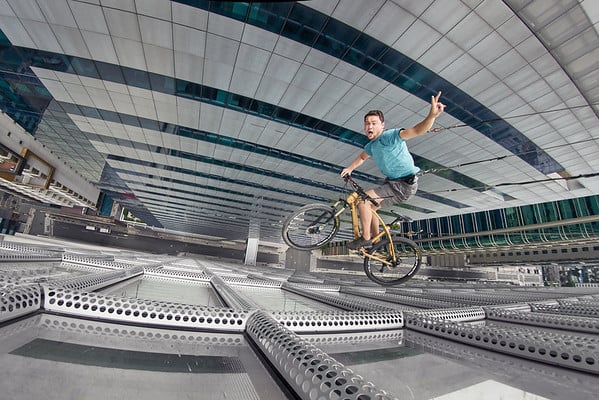 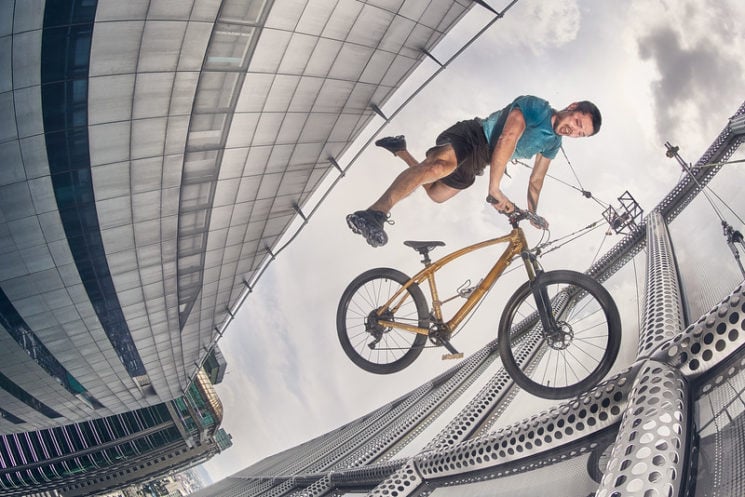 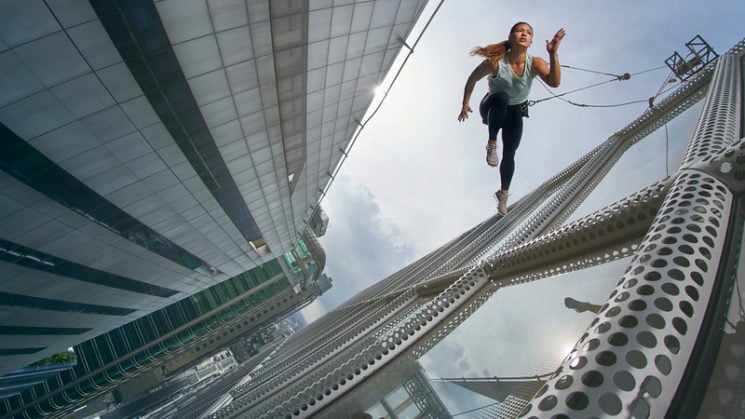 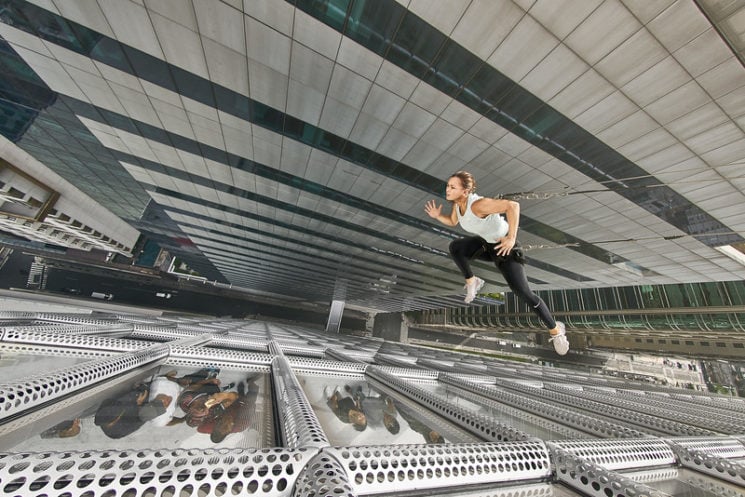 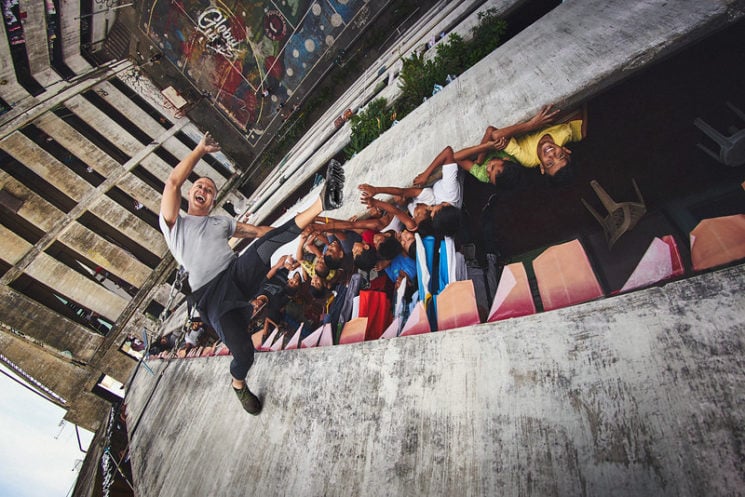 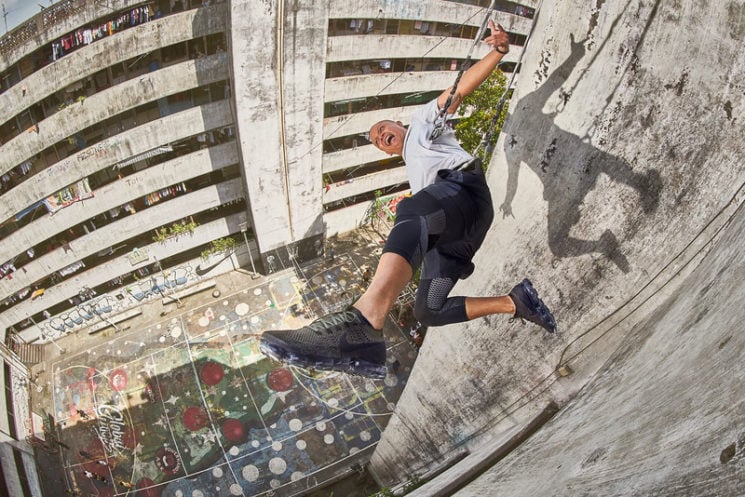 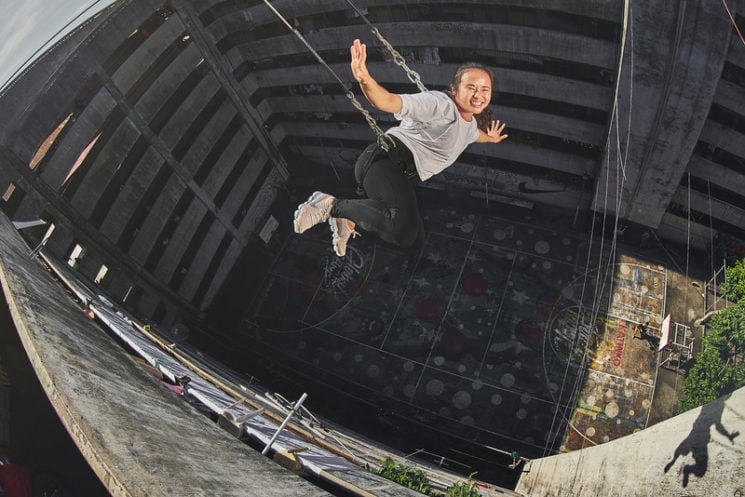 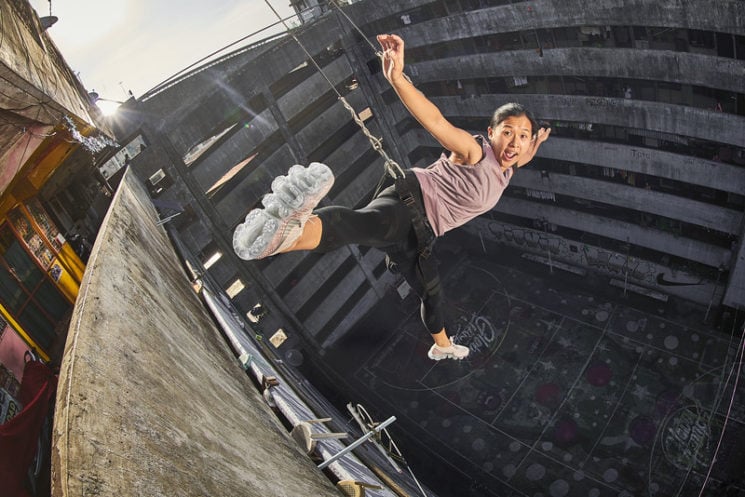 To find out more about the project and Ben’s models, and to see more photos, make sure to visit Ben’s blog and read the full story. Also, if you want to see more of Ben, you can catch him on his creative live keynote. I hope you’ll also feel inspired to try something new and memorable, and push your own boundaries.

Krizanne Ty and Nikka Arcilla – these two ladies are two former college athletes who wanted to give back to their community. They are the founders of Girls Got Game (GGG), a roving sports camp designed to empower less fortunate, young girls all over the Philippines. Two years after its founding, Girls Got Game has conducted 10 camps and reached over 1,000 girls, with the ultimate goal of empowering them and helping them pull themselves out of poverty.

Mike Swift – Mike Swift is a Filipino rapper and host who wanted to bring the positive change to underprivileged communities in the Philippines. He spearheaded the creation of the Picnic Games, a tournament which brings together local Filipino culture and basketball to the Tenement Community in Bicutan. Through PinoyHoops with his  #EveryCourtCanDream projects, he raises awareness on the situation of barangay courts, like The Tenement, around the country that need funding and development to help uplift young aspiring basketball players.

Ian Banzon – Ian is a Nike+ Run Club coach, triathlete, crossfit athlete, and a doctor. She’s managed to juggle her academic and athletic scholarships, and believed she could do all her sports while going through medical school. She did not only played sports – she excelled in them. Today, Ian fights the stereotype of a “fit girl”, promoting Strong as the New Beautiful while also taking time to coach and help out in her community.