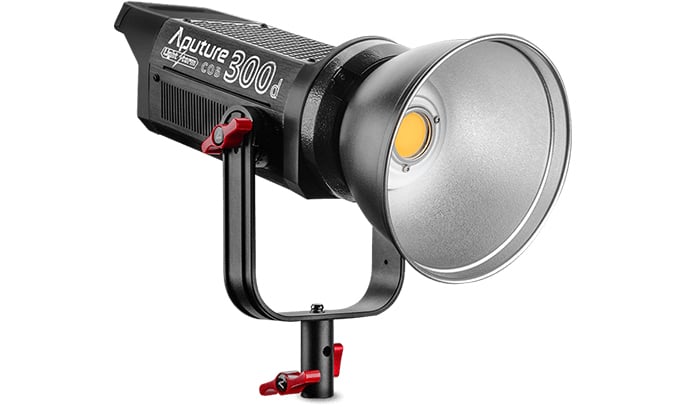 Earlier this year, Aputure announced their upcoming monster LED light: the Light Storm 300D. And now, it’s officially launched. With impressive 142,000 lux @0.5m , it’s brighter than any light in the Aputure’s arsenal, and it’s comparable to a 2,000W tungsten.

But it isn’t just the brightness that makes this light so powerful. The 300D is precise, easy to shape, and it guarantees impeccable color quality. And all of its features are fit into a lightweight, portable light weighing less than 5 pounds.

As for the color temperature, the LS D300 is set to daylight 5500K. It features a CRI rating of 95+ and a TLCI rating of 96+. If you are not sure what those mean, they mean awesome color accuracy.

The LS D300 features a Bowens mount, so you can add virtually any Bowens mount accessory for shaping the light. This gives you much more versatility and control over the light. 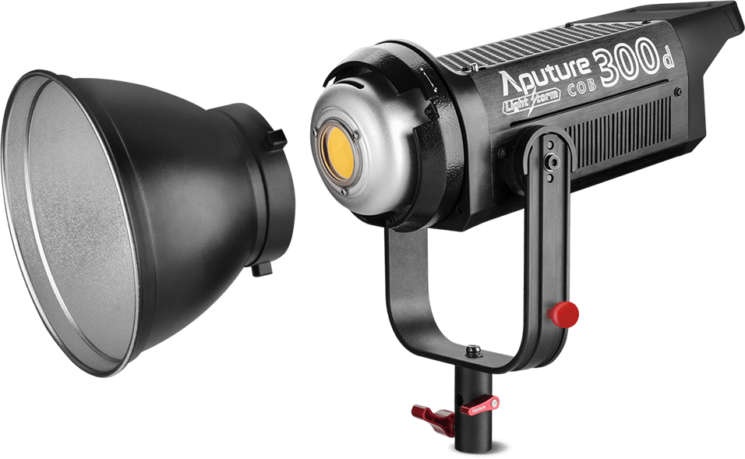 Although Light Storm D3000 is comparable to a 2,000W tungsten lamp, it weighs less than a quarter of it. The weight of this light is 4.6 lbs (2.1kg), and it’s 13.5 inches long. You can easily hold it or modify the light with one hand. Aputure claims that despite the size, the light features a strong, durable build.

According to Aputure, the 300D has an improved temperature control system. Smart fans come with advanced internal thermometers and vary their speeds based on the system’s temperature. They are very quiet even at maximum speed, and they eliminate the need for grip gloves. (and nobody likes grip gloves!)

When it comes to the power, The LS 300D can be powered either via AC, or you can mount either 2 V-Mount or 2 Anton Bauer batteries. You can control the light with a wireless remote from up to 150m away.

« Swedish photographer proves that the world is not ready for hairy female legs yet
Nike challenged this photographer to walk on air and he did, right off the edge of a skyscraper »