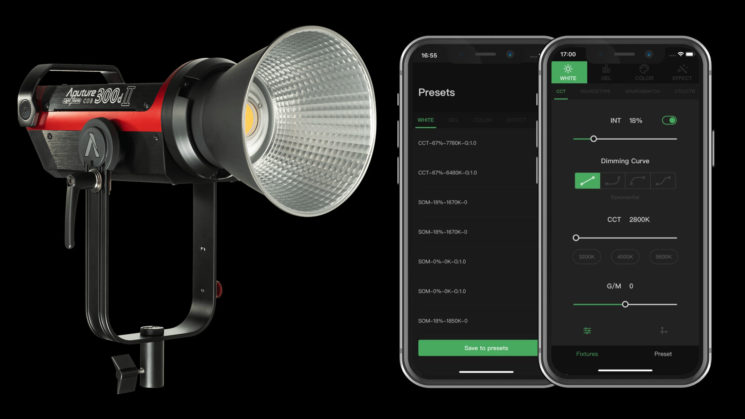 Aputure has come a long way since its founding in 2005. Every year they bring us an array of newer and better lights, and occasionally something that’s just a little bit different. But one light that got a lot of attention at NAB 2019 in Las Vegas a few months ago was the Aputure 300D Mark II.

Well, now it’s available to buy and is shipping now. The Aputure 300D Mark II builds upon the original in a number of ways, sporting a new enclosure, with a new control unit, wireless capabilities and it’s 20% brighter than its predecessor, offering 45,000 lux output with the reflector at one metre and 80,000 lux with the Fresnel attachment.

The original 300D was released only two years ago. It was a powerful chip-on-board LED in a studio-strobe style form factor and it had a Bowens mount for attaching modifiers. Naturally, it was quite the hit. Its Mark II successor expands the system with more power and features but comes in at the same price now that the original did then. Around $1,100.

As well as around 20% more brightness than the original, thanks to newer LED technology, Aputure says that the COB 300D II also more durable, more portable and more intelligent than its predecessor. It now also comes with a more efficient reflector, too. Naturally, it boasts good colour accuracy, claiming a CRI and TLCI of 97+ for both. 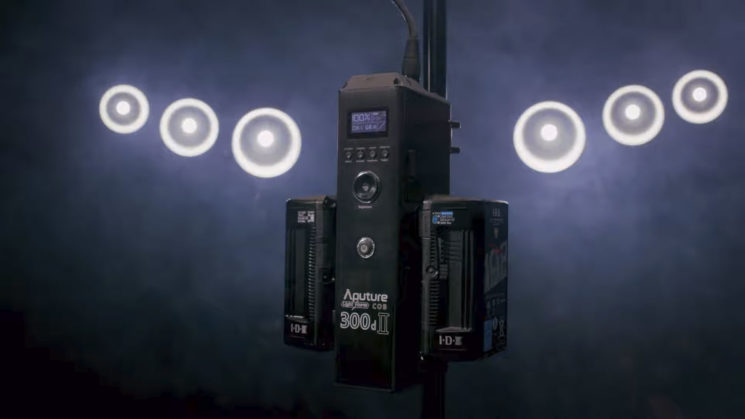 One big advantage of the Mark II over the original is that it’s now completely silent. This is thanks to a new control unit design that’s completely fanless, relying on heatsinks to keep it under temp, and it can run on one or two V-Mount batteries. Yes, you can now power it up to half power with just a single V-Mount battery.

8 effects are built into the control unit to simulate things like nightclub strobes, TV flicker, lightning effects and explosions. It’s also possible to add more in the future via firmware updates, and a trigger button allows you to achieve these effects right at the instant you need them. You can also trigger those effects from your smartphone now, too. The app allows you to have multiple groups of lights with different settings, trigger effects, and get full remote control fro up to 400 metres away.

It’s an impressive looking light and certainly seems to offer some well thought out advantages over the original. If you’ve been thinking about picking up a 300D, then it might be worth looking at the 300D II instead, especially given that it runs the same price as the original did. But, you might save a little money by going with the original now that the new one has been released. If you already have the original, then only you can decide whether or not it’s worth the cost of upgrading.

The Aputure COB 300D II is available to buy now for $1,099 and is already shipping. You can find out more about it on the Aputure website.