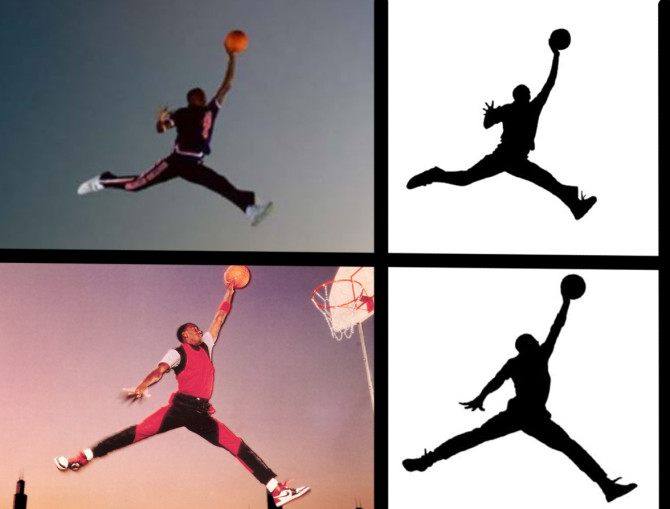 A lawsuit filed against Nike back in January claimed the Jumpman logo was infringing on the copyright of one of Jacobus Rentmeester’s images of MJ.

The company responded on Monday filing a motion to dismiss the lawsuit immediately, stating the photographer’s complaint “presents exactly the sort of meritless case that motions to dismiss are intended to address”.

Nike claims that its photo, on which the logo silhouette is based, and Rentmeester’s photo are not “virtually identical” as the law requires.

Another motion has been filed asking that the company be exempt from having to reveal details regarding the Jordan brand business.

This motion was filed following Rentmeester’s request for documents relating to Nike’s revenues and profits from the Jordan brand division dating back to 1987, as well as all documents relating to the logo. The requested documents are intended to substantiate his claim that it was his photo that Nike used to create the Jumpman and eventually the division’s logo.

Nike responded that Rentmeester is trying to get Jordan himself involved and also for the company to share any documents between it and the talent from as far back as 1983. 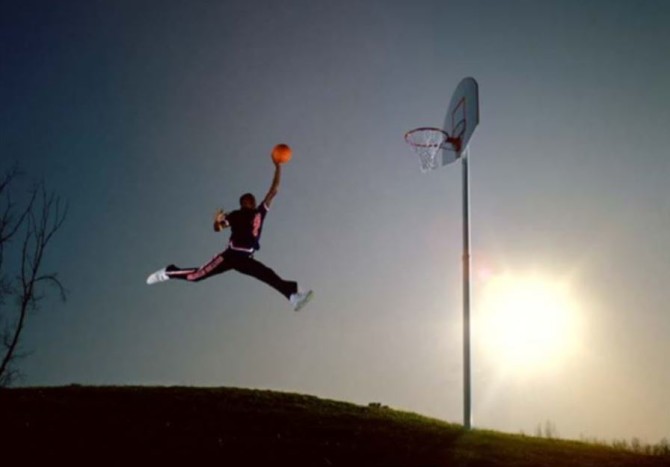 The photo taken by Jacobus Rentmeester for Life magazine in 1984

Nike also requested that the discovery stage be delayed until a decision is made regarding its motion to dismiss the lawsuit, in attempt to avoid what its lawyers referred to as “an extensive and burdensome ‘fishing trip'”. In other words they don’t want to reveal the company’s financial information just to later have the case thrown out of court. That’s an understandable request, especially considering the branded division is said to have been behind 58% of all basketball shoe sales in the United States last year, selling an estimated $2.6 billion worth of sneakers.

“Rentmeester cannot state a claim for copyright infringement because the Nike Photo and the Jumpman Logo are not substantially similar to the Rentmeester Photo as a matter of law”, Nike wrote in its response, with the last three words being key – “matter of law”.

The shoes and apparel giant added that Rentmeester’s claims are ‘baseless’ and explained why:

“Ninth Circuit law is clear that copyright protection for photographs is thin and that infringement can only occur where two photographs of the same subject are virtually identical. Rentmeester falls far short of that standard here given the significant—and self-evident differences in the mood, lighting, setting, expression, color, style, and overall look and feel of his photograph, on the one hand, and Nike’s photograph and logo, on the other”.

Basically Nike is saying that its photo isn’t a copy of the licensed image it had previously used because the “mood, lighting, setting, expression, color, style, and overall look and feel” are different. Other than that being a somewhat subjective claim, by turning the photo into a silhouette for the Air Jordan logo, Nike stripped the image of most of the above mentioned characteristics anyway. 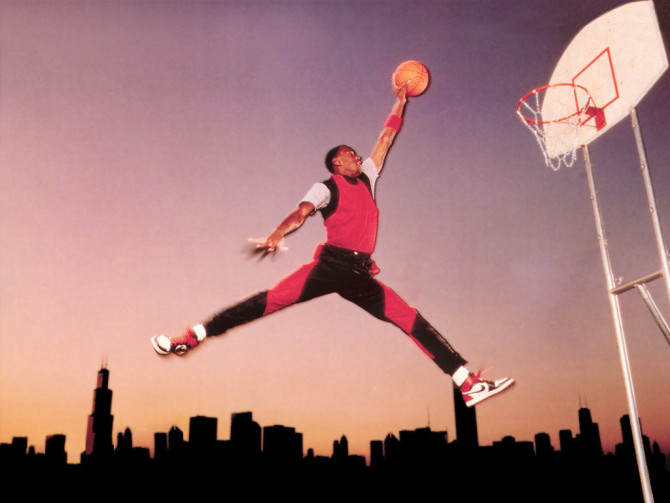 The photo taken by Nike in 1985. It becomes even more similar when put in context of when and why it was taken.

I believe this case becomes a lot simpler when you look at the silhouettes of both images side-by-side (below), but Nike added that “poses of subjects are generally not protected by copyright; rather, only the particular expression of the poses is protectable”. 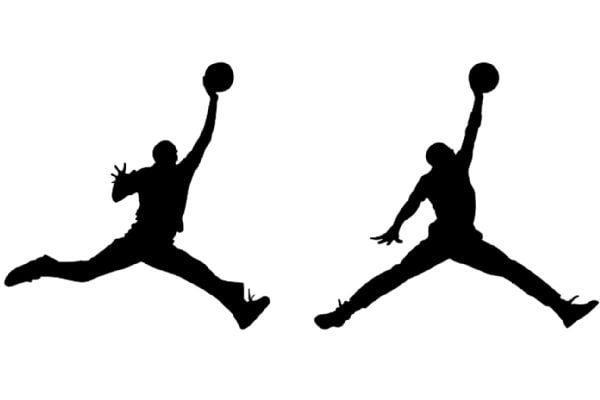 Seems pretty similar to me…

The company continued to state that “Rentmeester’s decades-long delay in filing suit speaks volumes regarding his own assessment of the merits”, and that he does not have a monopoly on Jordan’s appearance, athletic prowess or images of MJ dunking a ball. “His copyright begins and ends with his specific original expression of that subject and theme”.

According to ESPN, Nike didn’t dispute paying to use Rentmeester’s photo; its lawyers are just saying that the image Nike commissioned once it no longer had rights to use the original image is not “virtually identical” as the legal standard requires.

Obviously any law will have a hard time defining anything so subjective, but it seems ridiculous that two photos must be “virtually identical” in order for one to be deemed a right-infringing copy. This is especially true when you consider the fact that Nike’s image was created only after it could no longer use Rentmeester’s original photo.

Also, if a photo is used to create a silhouette, wouldn’t you think it would only be fair to compare it to the silhouette of the photo claiming to be copied?

I’m definitely no legal expert but, while I tend to agree that Rentmeester’s photo was in fact recreated in order to allow Nike free and unlimited rights to his original concept, I’m afraid that taking the law literally will result in the photographer’s defeat.

“This Court need look no further than the photographs and logo themselves to find that they are not substantially similar”, said Nike’s lawyers and I obviously disagree with them. But then they added the six words that strip any room for opinion or common sense – “as a matter of copyright law”.

Hopefully the courts will have the power and desire to at least review the case, despite the plain meaning of the law as Nike presents it, as this seems like a case where justice might not be served otherwise.

It almost feels like getting away with murder due to a technicality, especially when Nike’s motion includes sections titled “Photographs of the Same Subject Cannot Be Substantially Similar Unless They Are Virtually Identical”, “There Is No Copyright Infringement If the Only Similarities Between Two Photographs Relate to Unprotectable Elements” and “If No Substantial Similarity Exists, a Photograph Is Not Infringing Even If the Defendant Intentionally Tried to Recreate It”.

It just doesn’t make sense to dismiss anything “substantially similar” unless it is “virtually identical”. Nike also pretty much says that there are similarities between the photos but they aren’t protected so it’s ok to copy them. Legally maybe, but not morally (yes I know Nike is a business and all it cares about is money, but this doesn’t sit well with me). Then to come and say that even if Nike tried to recreate Rentmeester’s photo it is ok, due to the reasoning above, reminds me of O.J. Simpson’s “If I Did It” book.

Obviously I have no intention of comparing Nike to Simpson or copyright infringement to murder, I’m just pointing out how frustrating Nike’s defense (and the law) is.

Is the law on Nike’s side? Maybe, but I’m not convinced justice is as well.