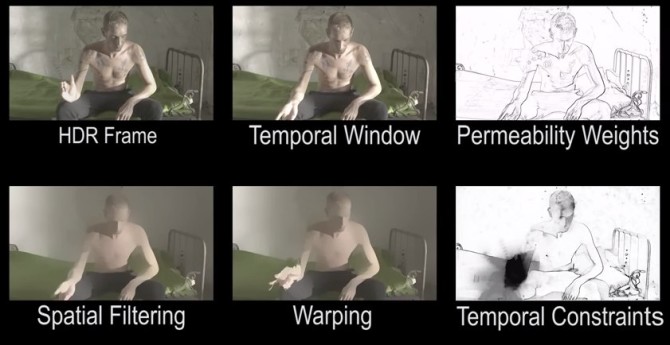 Today’s cameras are able to capture an enormousness amount of dynamic rage. Sadly our monitors and film projectors are not able to display the entire tone range that we can capture. This calls for a process called Tone Mapping. This process squeezes the larger, captured, tonal range into a smaller tonal range that the display is able to display. It is the same process that gives HDR its signature look. Of course if not done subtly, it can create a overwhelming effect.

When video comes into play, HDR tone mapping becomes even harder and can result in some interesting video artifacts such as ghosting, Brightness Flickering and camera noise.

The team at Disney Research (yes they do research as well) created a new algorithm that can better handle the tone mapping part of HDR processing.

This is an interesting concept, as its usage is not limited to create blinding HDR sequences, but also makes shooting in hard and changing lighting conditions. As no film school indicates, it is hard to tell what impact this process will have over the industry in the short term, as results are still somewhat limited to a compressed tonal range. 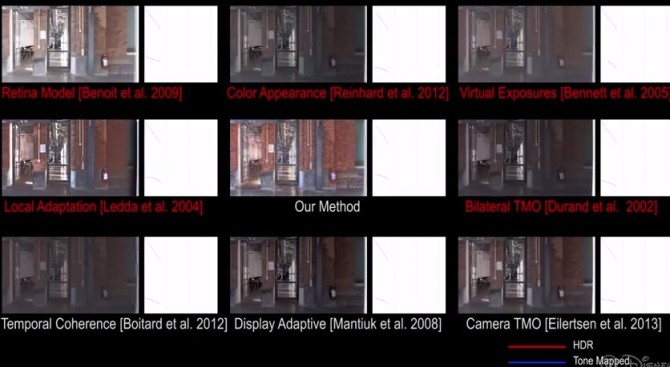 The process itself is quite complex and can be found over at Disney Research, but in a nutshell the process uses data accumulated over time to better tone map the scene.

Step up or Step aside

« Tom Mangelsen Explains How To Get Your Settings Right While Shooting In The Wilderness
Stop Chasing Success. Seek Significance »